This is my experience as Dalit woman in India, someone who gets judged for being an 'elite' Dalit woman. I argue here, that 'Elite Dalit' is an oxymoron, and why it is so.

This is my experience as Dalit woman in India, someone who gets judged for being an ‘elite’ Dalit woman. I argue here, that ‘Elite Dalit’ is an oxymoron, and why it is so.

Yes for a Dalit woman, I live a very privileged life, but what does my privilege exactly include? As far as I know I am just a regular working class educated woman living an independent life. Apparently meeting the basic requirement makes me elite, and in my case an elite Dalit woman, however, when same applied to a Savarna woman, qualifies her as a ‘normal’ girl.

Just the thought of trying to de-construct ‘elite Dalit woman’ seems daunting, it is indeed a profound, almost soul searching task, but I am ready today.

So what makes me an elite (Dalit woman) and them not so elite?

The point that I am trying to make here is that elite Dalit is an oxymoron. It is intrinsically and fundamentally against the notion of being a Dalit in an Indian society. 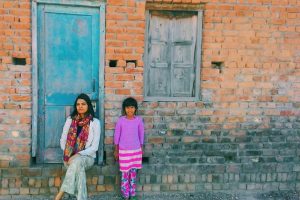 Yes, I accept that I am privileged when compared to other women from my community. Yes, my privilege has allowed me to enter spaces unimaginable to any Dalit, leave alone a Dalit woman.

My privilege led me to Savarna social circles and I ended up dating Savarna boys, one of whom I almost got married to, almost because, “joota chahe sone ka bhi ho, pehna pairon mein hee jata hai” (even if a shoe is of gold, it is put on the foot) said his parents.

According to Ambedkar the only way caste could be eradicated from the Indian social fabric was through inter-caste marriages; it’s 2019 and I am still not quite sure about this. For the first time ever in my life, I was suddenly slapped with this new imposed identity of mine. I recalled my mother’s words to me as a child, “beta pyar sirf bade logo (read upper caste/class) ke liye hota hai, hamare liye nahi“ (love is only for the upper caste people, not for us).

The definition of what it meant to be ‘us’, was once again slapped across my face 20+ years later. Over the next few years, I don’t know if I fell out of love or if that is even possible, but I was not going to be okay with being treated like a second class citizen specially in the name of love, and honestly I was way out of this Savarna boy’s league.

I am also miserably judged for coming from a very cool hip family as my parents had lived abroad, and till the age of 18 I had mostly lived in and out of the country since my father was in the foreign services. Imagine a Dalit man’s experience as a diplomat. As part of the diplomatic culture, there are a lot of parties that happen. Imagine that Dalit man’s experience who has never feasted on the other side of the table, but always at the receiving end of one.

Imagine a Dalit woman’s experience, a woman, who doesn’t know how to read, write, or speak English. She had to host parties where one had to engage with the educated, the elite, the rich, and she has no idea what it meant to be either one of them.

As a kid, I would always wonder how come my parents never had any friends or a social life, so to say. As I have grown older, I have understood that it is very very difficult to engage with the world from that space of mind. Ever wondered, why Dalit, Muslims, or people from other marginalized communities live in ghettos, that’s exactly why. It feels good, it feels comfortable. 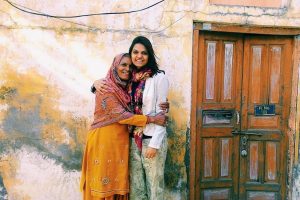 My parents have seen the world but they chose to go back to their community, because as a Dalit person, the world outside can be lonely and very alienating. Rarely does it happen that anyone understands or empathizes with your experience. On the other hand, what happens is #metoo, how brahmanical patriarchy has also ostracized brahmin women!

I must admit though, that centuries of having a culture of very little food has made us pretty healthy people! Specially from the semi-agricultural family that I belong to, my father has always laid a great emphasis on seasonal vegetables, grains and fruits.

So, if you were to randomly pick words, like fit, organic, tall, slim, healthy, I sound like an organic tea from a chic south Delhi store, bourgeois indeed.

I must confess though, that I never really felt deeply rooted in my Dalit identity. However, over the years, as I was forced to take my rose tinted glasses off, I was almost coerced to face my identity as a Dalit women in today’s time. As if fighting patriarchy wasn’t exhausting enough.

The fact that my Instagram bio reads #thirdculturekid today, is because I am a second generation reservation kid, my father cleared the SSC exams because of which I got to live the life that was given to me. Which I am certainly grateful for, otherwise there is no way you would have been reading this blog today! And as they say, “until the lions learn how to speak, history will always glorify the hunter”.

There aren’t too many public spaces, conducive spaces where I can share my Dalit experience, in fact these conversations mostly happen in really intimate settings, and writing happens to be one of those spaces.

And today I sit comfortably, at the age of 30, typing on a Macbook Air, trying to comprehend what it means to be a Dalit woman in today’s time.

First you fight racism, than you fight patriarchy, then you fight casteism. And after that you can ask me, “why the resting bitch face?”

Student at the University of Life also happen to be a Writer, Photographer and Content Strategist. read more... 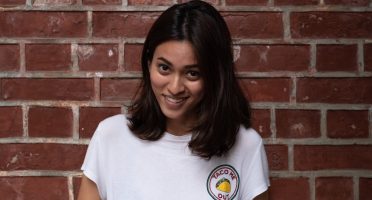 5 Ways In Which My Life Changed After Adopting Minimalism 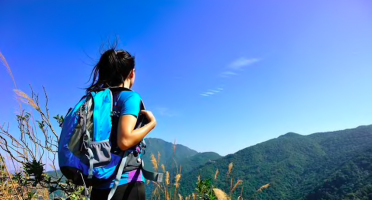 A Solo Trip That Changed My Perspective On Mistrust Of Strangers