Why Is Jitender Chattar From Haryana A Real Life Feminist Hero? Ask His Wife

We are usually surrounded by depressing news of women being oppressed, victimized or traumatized by monsters living amidst us. But once in a while, we hear a story which is like a beacon of light and makes you hope that maybe not all is lost.

One such story is of Jitender Chattar, a simple farmer living in the rural district of Haryana. He was engaged to a girl from neighboring village and met her only once before agreeing to marry her. However, the girl called his family before the wedding and told them that she wanted them to know about a horror she had suffered before they went ahead with the wedding. She had been gang raped by eight men. These men had also taken her compromising pictures which were used to further blackmail her and sexually exploit her for a year.

The men came from influential, rich and politically connected families hence; she remained silent about her ordeal. She knew that trying to register a case or going to court will only lead to more trauma for her and her family. But she did not want to start a new relationship without disclosing all facts.

After hearing her story, Jitender decided not only to marry her but to fight and get justice for her.

His family supported his decision and went on to be a pillar of strength when he started the battle. He sold off his family property to pay the legal fees and left his family to stay closer to court with his wife. He is now studying law so that he can fight his wife’s case. He has been threatened, coerced, offered money to take his case back but his determination has not wavered. 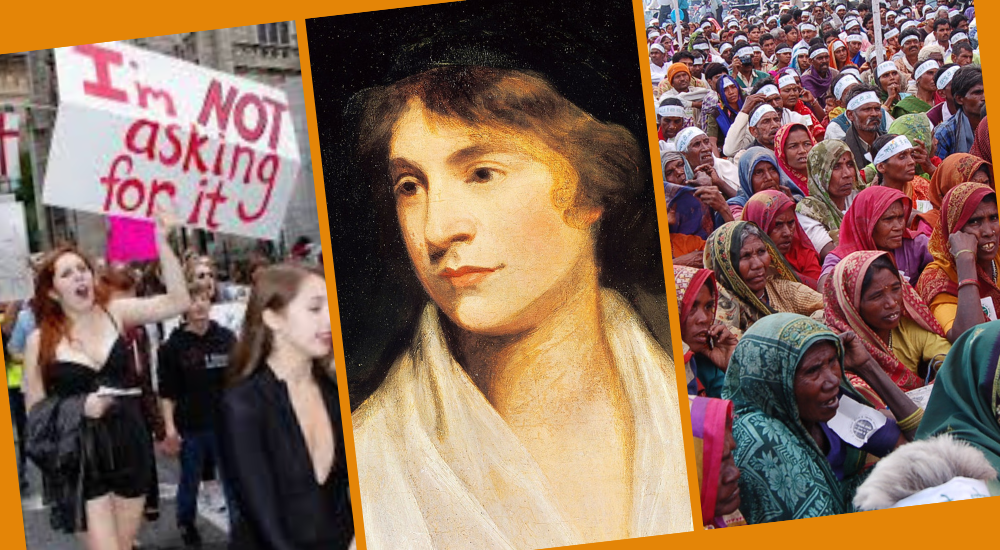 The Visionary Woman We Owe The Modern Feminist Movement To – Who Is She?

When Was The 1st Time You Felt Discriminated Against Because Of Your Gender?

Here is a story of a family which not only ‘accepted’ a girl who by the society standards is ‘impure’ but is ensuring that she gets the justice she deserves.

This man lives in a state which is notorious for crime against women, where girls are not allowed to study because their safety is compromised when they go out, where female infanticide is rampant. He comes from the heart of such place and is a contradiction to everything he probably saw from his childhood. We need more men like Jitender, who are real life heroes and are quietly working towards making a difference in their own small way.

Wishing him and his wife victory in their fight which has now gone to High Court.

It is not enough to teach a child about feminism, says Sonora Jha, author of How to Raise a Feminist Son, in a chat with Raga Olga D’Silva, but to model behaviour we want to be internalised.

Author, entrepreneur, and LGBT influencer Raga Olga D’ Silva has always invited the best of guests to her shows. From The Other Side (2020) was a series of engrossing live chats where she brought in motivational speakers from various walks of life.

Dear Kangana, Being A Feminist Is Not As Simple As Just Saying It In Your Social Media Bio!

Self proclaimed feminists don't realise that just putting down the word 'feminist' in social media bios doesn't make them one.

Self proclaimed feminists don’t realise that just putting down the word ‘feminist’ in social media bios doesn’t make them one.

Former United States Secretary of State, Madeleine Albright once said, “There is a special place in hell for women who don’t help other women” but I still wonder what is the place for women who slut-shame the other women based on her culture and clothes.