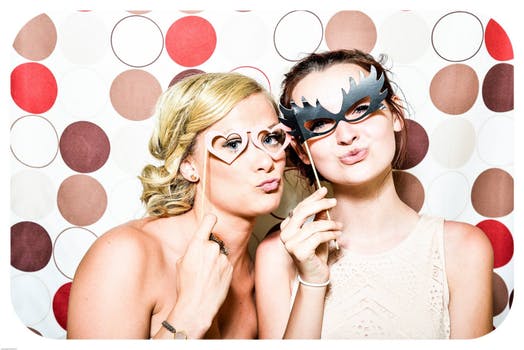 This incident from a mom’s diary will certainly amuse you. Read on.

The girls were real ‘Chatty Cathys’ last night. Having drawn the short straw, I was stuck with picking them up from their weekly Monday group tuition – technical drawing. Feeling starved for company, I cajoled my younger one into joining me as the dog rode shotgun.

It’s a good half hour drive back from the class. Add to that the omnipresent traffic and you get an extended late evening sojourn which at all times you wish to avoid. So, there I was, designated driver and chaperone, cursing the slow moving car in front (lady driven, to boot!) when the girls started chatting animatedly.

“Can you believe that we actually did that? We have never done something like this? It is totally unprecedented. Wow man!”, chirped my older daughter from the backseat of the car.

Hearing these kinds of exclamations form the back seat, I mentally patted myself on the back. I mean, I and my friend had obviously done something right when we enrolled our daughter’s for this particular group tuition class. It was worth the pain of travelling so far to drop and pick them as they obviously were acing the class. Feeling smug, I made a mental note to relay this little snippet to my friend too.

“I guess it was too dark, maybe that’s why?”

“Too dark? In the tuition? Did they have a candle lit class? Did the frazzled tutor not have the resources to check their technical drawings?” I despaired as these and more scenarios coursed through my brain. All my hopes for their success in class came crashing down!

“How could we miss such an opportunity? I mean, all of us missed it? How is that even possible?”, this came from my daughter’s friend, also in the backseat of the car.

I felt all my smugness evaporate like a puff of smoke. What the hell was going on? What had the kids been up to in the name of tuition? And, what was this missed opportunity that clearly had left them feeling so anguished? I deliberated.

“We really need to make the most of such opportunities, yaar! God knows when we’ll get the chance again. Certainly not this month! Shucks! Now we’ll have to wait for the New Year”, quipped my daughter.  Utterly stymied for words, I screeched on the brakes (not literally! The lady driver in front had been spooked by a blaring horn and had hit her brakes).

“What in blazes are you guys talking about? What did you do in class today?”, I roared from the front seat.

“Class? Who’s talking about class Mom? We are talking about our friend’s birthday party that we attended on Saturday at the society club house. We were so busy having fun that all of us forgot to click snaps. Can you believe it mom, not a single one remembered”.

Now these kids belong to a huge group of friends within our housing society. I think probably the nicest part about living in our housing society is that the kids have a lot of company. I listened to them raving on about the awesome time they had at the party, how much they enjoyed the dancing and the food and blah, blah, blah….on and on it went and I mentally patted my back on having moved into this particular society as the kids were obviously getting such a well rounded childhood.

Dear Wife, I Managed The Kids For A Day And Now I Need A Vacation!