Streets, Office, She Was Safe Nowhere. It’s A ‘Luxury’ For Women To Walk Away From It All

Years went by, places and people changed, there were new stories but one cause remained the same. Here are author's decade-long encounters with sexual harassment.

Years went by, places and people changed, there were new stories but one cause remained the same. Here are the author’s decade-long encounters with sexual harassment.

Monsoons in Kerala is not always romantic. Not to a 17-year-old who is trekking that lonely stretch to reach the bus station. It is the examination day of first-year college from 2-5pm and at 5.15 it is almost dark. There is someone who is keeping step with her, following her and is incessantly mouthing obscenities. She hides the tremble from her voice and tells him off. It does not deter him. She runs the last lap, the blood pounding in her chest. It is Circa 1993.

A group of carefree friends is happily trading stories as they saunter. A hand comes up stealthily from behind and paws her to hurt, terribly. The pain is sudden and excruciating that she screams. Heads poke out of the windows of a nearly full bus that passes by. A few male faces break out in a grin when they realize what must have happened. Filled with rage the group of friends chase the owner of the offending hand as he runs into a printing press in the vicinity. The girl angrily storms inside and demands they let him out. Voices deny and suddenly the guy rushes out on a bicycle through the back door and as she helplessly watches, vanishes… Circa 1996.

First job in one of the biggest newspaper in the country. She is only 22. And, for the first time alone in a big city. Her boss promises to put her at par with the rest of the team if she performs well. She puts heart and soul into her niche. He is a senior stringer reputed to bargain favours in return for stories. This is where she unknowingly ‘hurts’ him in her zest for work. Repercussions begin as subtle comments made in soft tones – sleazy hints that it is her femininity that was landing her stories. She is shocked but ignores.

Then come the carefully manipulated manoeuvres at the least expected moments, those accidental brushes against the body. This time she tells him off. He flings out his hands in ‘helpless’ innocence. She complains to her immediate superior, he looks taken aback. Does nothing. She thinks her time has come to catch him red-handed snitching a press invite in her name. She goes to the topmost guy in the office with a complaint. The guy blatantly denies it all. Absolutely nothing happened. It is a junior reporter who might leave for greener pastures v/s this old sod who has been there forever. Who gets priority is a no brainer! Circa 1998.

She has just gone into the washroom to freshen up. Some instinct made her look up and she saw the tips of two hands gripping the air vent from the opposite side as if to pull it up. Shocked she yelled, “who is that?”. A sudden thud and a pair of feet ran away as she came out as quickly as possible. She walked into the HR department armed with a complaint. She is confident of corrective action since the human resource manager is a woman too. Next day, a cardboard piece clumsily stuffed into the air vent is the ‘stringent’ action taken. Circa 2000

She now works at the Chennai office. Her work entails frequent emails and telephonic co-ordination with a senior reporter in the Mumbai head office. Always soft spoken, helpful and polite, he built trust over two years. She then resigned and joined elsewhere in due course. Then by chance, they meet in person while he is on a visit to the town. He returns, and then the tone of his emails changed. It comes as utter, complete shock and she severs contact, completely. Circa 2001

It is a busy day at work. The office is now 15 minutes walk from where she stays, via a shortcut. It is 8 pm and the lane was empty that night. She is not afraid since it is a familiar route. The orphanage that she frequents during weekends to read stories to kids is just round the corner. A ‘bullet’ passed her with its huge chug chug noise. Lulled by the familiarity of the daily path and her thoughts she pays no heed when the bike reached the end of the road and veered back. As it reached her, the headlights dimmed and a hand suddenly exploded forward to whack her across the chest. She almost fell. The bike speeded away.

Shock and pain gave way to anger, then fear. She suddenly remembered how the small children from the orphanage sometimes ran out to play or on small errands. She imagined them in her place against the man on the bike. She dared her way to the nearest police station. The era of citizen-friendly policing is still not on, and there wasn’t a single woman in uniform or otherwise at the station. She lodges a complaint. It was nearly 9 pm. For two evenings then, the green, anti-eve-teasing squad jeep remain parked near the lane. Then it disappeared. A month later, she heard the same chug chug… Circa 2002

Her nineteen-year-old domestic help was almost in tears. The girl was the sole bread-winner in her family of three. Her single mother suffered from depressive episodes and her brother was too young. In between tears, the girl revealed how someone from where she worked as domestic help before, was constantly tormenting her over the phone. She answered the call this time and from courage that steamed out of anger said, “If you call once more or do anything at all to this child, I will be at your doorstep with the cops. I promise you that. I dare you to try it just once more”. To this day, she does not know how it worked, but maybe it was the tone, the filmy style… but, the guy never called her again. Circa 2007.

Years have passed. The stories stay. There are many more. Some said and many left unsaid. Some acted upon and many left as it is in sheer helplessness. These stories are mine. I relive them, again, because today I had to tell them off as yet another person bombarded me with derogatory messages about women who share their #metoo stories.

‘Choice’ is a luxury!

Of late it is less anger but more a feeling of let down when yet another ‘evolved/educated’ soul mouthed privilege talk. Not everyone with #metoo stories has kept quiet. Some of us have complained ourselves hoarse, several times, to no avail. Do you know what courage it takes for a vulnerable, young girl to stand up for herself, again and again, and yet not be taken seriously? Do you know the fear that comes when you realize that your unaddressed complaints make your oppressor more brazen? Do you know what gall it takes to stand alone in an alien city with no godfathers?

And, do you even realise that some women, most women, don’t even have the choice to just walk away from it all, like you and me.

What makes it so difficult for anyone to understand that ‘choice’ is a luxury not available to a wide majority? And, if you have it, know that it is a privilege. It is not a pedestal for you to stand up on and gloat.

PS: My better half who read this account as I finished, suddenly piped up, “What about those young children. The ones who perhaps are abused by their own. Do people also say that these little children too had the choice to just walk out of the situation?” He is so right!

Respect and peace to every survivor out there #MeToo 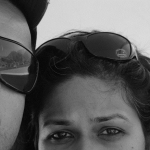 I write about Life, as I see it... It is my lifeline to sanity. A psychiatric social worker by training, an erst while journalist by chance, technical writer by plan and now, a home maker read more... 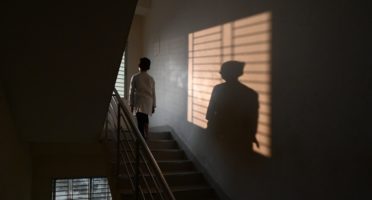 Dear Daughter, You Never Have To Give A Reason For Your Discomfort With Someone 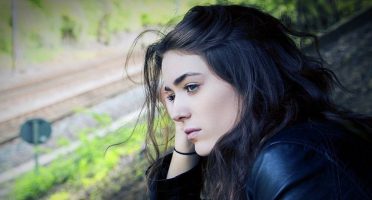 A Pandemic Of This Level Takes Off Our Social Masks, But Are We Better Or Worse As Persons Now? 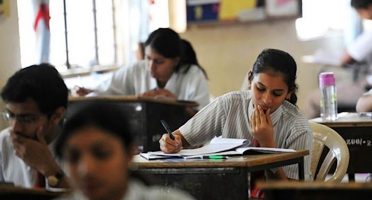 7 Essential Things To Know, Dear Child, Before You Sit For Those Board Exams...