What If Emotional Atyachaar Was The Curse That Came To Us Along With Adam And Eve?

All of us have been victims of Emotional Atyachaar at some time or the other. A hilarious assessment of how this came to be, that involves Adam, Eve, and Darwin’s Origin of Species!

When Adam ate that forbidden apple from Eve in the Garden of Eden, little did he realize he was being watched on God’s spy camera! If he’d just stayed away, and eaten something else like a potato chip, we wouldn’t have had to bear the consequences of his actions. What we all like to deny but definitely go through are little spurts of Emotional Atyachaar, or maybe a lifetime of it in our lives.

I am not blaming Adam for anything, as his act resulted in procreation, which is why we are here in the first place, but he should have tried to stay away from temptation. The fact remains that we don’t know if there was any woman in Adam’s life beyond Eve (i.e. after Eve was created), or maybe she was the other woman (although not technically or historically correct)…a cynic’s food for thought?

The Book of Genesis would kill me for such defamation, but I’d like to believe there were others. If Darwin’s theory of Natural Selection holds true, isn’t it said that the fittest and most capable of a species survive to go on living further? If ‘selection’ in this sense literally means, choosing the best among the lot, my theory of Adam choosing Eve over others to perform the cardinal sin holds some weight.

Yes I know, the reader will probably be cursing me for my lack of facts, and stating that Eve was the first female of the species, so how on Earth could there be a possibility of other women during the same time?

According to varied religious stories, Adam and Eve were created by God. He created Adam from dust, and brought him to life, and later created Eve from his rib. What if there was another woman being created the same way, although unaccounted for? What if the sly serpent knew about it? You know how the census fails to report the actual percentage of people in an income bracket or BPL, although there are many living, breathing people who exist in the same strata of population. What if lil-missy-unknown was such an unaccounted female? Coming back, maybe Adam ‘selected’ Eve as she was the ‘fittest’, and the rest is history.

It is inherent in a human species to desire: be it the desire for good clothes, a good house, a hefty bank balance, or mostly, a better partner. Everyone secretly nurtures a desire to find the best possible partner among others to go out with, and if things work out, eventually marry.

When a twelve year old schoolgirl vies for attention from her dashing schoolmate, she also knows at the back of her mind, there are three or four other girls vying for the same boy’s attention. It mostly holds true for boys too, who fight with their competition to get a chance to sit next to the prettiest girl in class. In this race, only the ‘fittest’ (Darwin’s theory again) boy wins the pretty girl’s approval.

Then there is the angle of jealousy, and making each other’s partners jealous by going out or being seen in the company of someone equally charming. What starts as a mere tactic to get your partner’s attention, sometimes leads to serious Emotional Atyachaar for both the partners. The other guy or girl becomes too important to let go of, and the original relationship suffers a setback.

If it happens with complete discretion and consciousness, it is upto the girl and the guy to choose between the ‘old’ and the ‘new’, the past and the present. Suddenly this newfound relationship starts facing the turmoil of a real couple. Fights lead to bitterness and confusion, often leading oneself to believe what was once valued will always be the best. The past looms over like an albatross around your neck, and sometimes leads to the death of both the old and the new relationship. Such a lose-lose situation causes irreparable Atyachaar to the sufferer. This is a solid case study in relationships.

What was pointed above would still be considered righteous if the new relationship is formed with a solid base, and there is real reason behind leaving your old partner. If it works, its fine, but if it doesn’t, you might wanna consider serious intoxication and poetry as your lifetime companions…

The new trend or maybe not so new, is the habit of forming recent friendships, online friendships (read facebook friends), or tinder and chat buddies. A person who you don’t even know in real life, or have probably just met a couple of times at a party, becomes your whole and soul, and you can’t stop thinking about him/her.

Some people suffer from a condition which makes them want this constant euphoric feeling, this constant need for something exciting and new, and they are often seen indulging in these new friendships. Those not happy with their steady partners, or lonely and introverted personalities form the core of this section of society. They quickly respond to a pretty photo’s ‘friend request’, an offer to meet for coffee, a quick date after meeting at a party, and this leads to a whole lot of confusion. People with real life partners like to continue these friendships via email or chat, as it’s considered the safe option and they can easily camouflage it as a normal friendship. Singles quickly make use of this opportunity to score or get to know the unknown better.

If this habit is repetitive, the string of new friends continues until a point is reached where they have to decide between the old and the new. The lies, the cheating add to this drama. This causes extreme Emotional Atyachaar to your unsuspecting partner living in the same house. If there is no steady partner, it often leads to a casual fling, or very rarely, a ‘real’ relationship. Soon, Its time to call it quits!

You must be wondering why the constant reference to these two words. This is not an SEO friendly post for work, it’s my own; a tribute to the sufferers of Emotional Atyachaar, to the victims who are caught on tape, and the lucky ones who go scot free, and mostly to the viewers who used to watch this show named Emotional Atyachaar, and danced to the famous Dev D song by the same name…what is your take on Emotional Atyachaar? 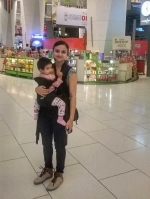 I am an Indian mom to a lively three and a half year old. Married

These Men Break A Girl’s Dignity, In An Effort To Hide Their Own Weakness. Pity Them!