Theirs Was A Difficult Love Story With Generation Differences… Yet, Love Always Wins!

In spite of humongous challenges, love prevailed and it was impossible for them to say goodbye to each other. Will their love story sustain social mockery?

In spite of humongous challenges, love prevailed and it was impossible for them to say goodbye to each other. Will their love story sustain social mockery?

“I am what I am. So take me as I am.” – Johann Wolfgang, German philosopher.

The night was eerily calm, the sky as seen from the balcony of our third floor flat was black, without a single star twinkling. It was late monsoon and after continuously drizzling for the entire day, the sky was still overcast, though the rain had subsided for the time being. I rested my back on the chair, as I plugged the headphone into my ears.

As I listened to the song for the n-th time, tears started streaming down my face once again. Suddenly a gentle touch on my head broke my reverie. It was a healing touch. I looked over my shoulder and found my mother standing behind me. “Come. Dinner is ready.”, she said laconically.

“But skipping dinner is not good for your health dear.”

“Will you please leave me alone?” I said brusquely.

She sighed and left silently.

It all started four years ago when a chance encounter with Vineet changed the course of my life. I was happy and content till then, he came like a gust of wind and I knew that my life would never be the same again.

I hail from an educated, upper-middle-class Bengali family from Kolkata. God has blessed me with wonderful parents who are always rooting for me. So, when I decided to study English literature, in spite of fetching good marks in +2 Science, my parents didn’t object.

Later, when I took up the teaching job at a local school, in spite of my excellent academic background which could have easily secured a more lucrative job for me, my parents again didn’t force me. The salary that I earn as an English teacher is decent to ensure a comfortable life for me. During weekends, I volunteer at an NGO named “Hope Foundation” working for the betterment of the lives of underprivileged children. I immensely enjoy the company of children, both at the NGO and at my school, though I knew for sure that I’ll never have any of my own.

My parents were eager to get me married. But once I expressed to them my lack of interest in marriage, they never forced me to marry against my will.

I met Vineet at the birthday party of my colleague Mitali’s son – Tublu. Mitali is the Geography Teacher at the school that I teach. She is not just a colleague, she is a good friend of mine. Vineet is a distant cousin of Mitali’s husband. I never believed in love-at-first-sight until then. But when I saw Vineet, I knew that love can indeed happen at first sight.

Vineet Agarwal – tall, fair and handsome – as if a hero incarnated from a Mills and Boon book. He was working as a Software Engineer in a leading MNC in Bangalore. He hails from an orthodox family in U.P. He is twenty years older than me. Guys of that age are normally married. So my first thought was that probably he had a wife. And kids, too.

Suddenly I felt a pang of jealousy hit me. How lucky is that woman who has a husband like Vineet. Though he was not seen with his family at that birthday party. Mitali introduced us to each other, though we didn’t get much time to talk or get to know each other, because it was Tublu’s time to cut the cake. After that, all the guests hurried to have dinner. Meanwhile, I somehow failed to manage to talk to Vineet. Later in school, I came to know from Mitali that Vineet was still single. “Why?”, I was curious. “I don’t know exactly. Maybe, he is just not interested.”

I met him again exactly after one year, at Tublu’s next birthday party. This time I made it a point to talk to him. Conversation flowed easily, as if we knew each other since ages. And we exchanged mobile numbers. Though I had his number, I was hesitant to call him this time. But I was pleasantly surprised when I received a call from him a couple of weeks after the birthday party. He told me that he would be visiting Kolkata for a few days for some official work and that he wanted to meet me. The very thought of meeting him in person gave me goosebumps. We met at CCD and over a cup of coffee, he confessed his feelings for me.

Ah, that feeling of first love. It feels like the first shower of monsoon after a prolonged scorcher. It feels like the warm embrace of a blanket on a chilly winter night. But I knew right from the beginning that our families would never approve of our relationship. My parents were shocked when they came to know of this, whereas his family threatened to disown him. He suggested to elope, but I never wanted to take him away from his parents.

“You knew right from the beginning that our families would never approve of this relationship. But now you don’t want this relationship without parental approval. Why? What right do you have to ruin my life in this way?”, yelled Vineet over the mobile phone.

“The Supreme Court decriminalized Section 377 of IPC, Its a big win for the LGBT community. ‘History owes an apology to the LGBT community. They were made to live a life of fear.” Read the newspaper headline. Tears started streaming down my face. These were tears of joy. How long have I waited for this day to come!

Vineet paid the bill of two cups of cappuccino. Then he went ahead and pulled the glass-door of CCD open and stepped on the pavement. It was supposed to be our last meeting. He had come all the way to Kolkata from Bengaluru to bid me goodbye.

He was going to the USA, putting an end to our relationship. Sitting inside, I was sobbing uncontrollably. People were looking at me strangely. Perhaps they had never seen a guy crying publicly before. Suddenly I stood up from the chair and wiped my tears. They were looking, but I didn’t care. I ran to him anyway and hugged him tightly.

“I love you too, Sanjay. Never leave me. Ever. Together we’ll tide over all the obstacles.”, whispered Vineet in my ears.

Register at Women's Web to get our weekly mailer and never miss out on our events, contests & best reads - you can also start sharing your own ideas and experiences with thousands of other women here!
LGBT 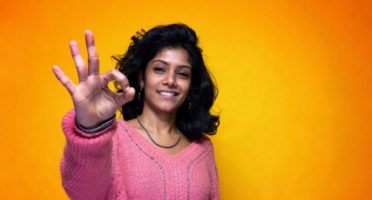 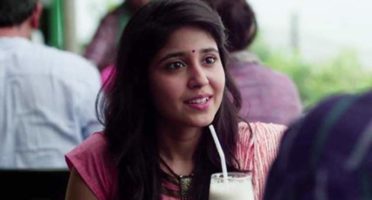 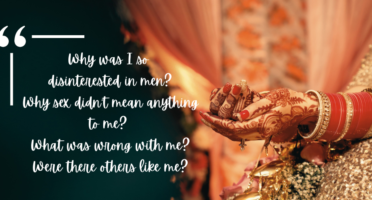