I thought I didn't have anything new to learn in Switzerland, being a traveller at heart, but a long stay there taught me a few things about grit and resilience.

I thought I didn’t have anything new to learn in Switzerland, being a traveller at heart, but a long stay there taught me a few things about grit and resilience.

This article is about being a trailing spouse and trying to find one’s own identity in a foreign land, which seems perfect at first but has much to teach. This is about learning how to be resilient.

“Welcome to the European summer”, the Easy-Jet steward said, as we disembarked. I smirked. I hoisted my then two-and-a-half-year-old onto my hip, swung on my backpack and didn’t bother to brace myself. European summers? Surely Switzerland would have nothing to teach me! I was a born immigrant!

Swiss summers, as I later came to know, are famously broiling. I realised that I knew precious little about the country. When it came to Switzerland, I had previously always turned to Bollywood to fill in the blanks; my understanding of the land of milk and money could be summed up as follows: chiffon saris, pastel-coloured sweaters looped around Shah Rukh Khan’s neck, missed trains and nippy little sport cars zip-zap-zooming over quintessentially arcadian landscapes.

That first summer was challenging with bone-dry spells occasionally delivered by deluges. Ceiling fans and airconditioning are not all common. I began to miss May in Kolkata (now that’s really saying something).

Not that my first summer here was entirely devoid of joy. Absolutely not. Long walks down well-maintained mountainous trails, barbecues by the lake, day-tripping here, there and everywhere courtesy of the rather fantastic SBB… But something niggled, in spite of the perfection or rather, perhaps, because of it.

Everything worked; no excuses

Everything was always too perfect.

Everything worked. Switzerland, I was beginning to find, never let me make excuses or hide behind convenient white lies. I longed for winter, for the silencing effect of snow, for an excuse to be slow.

Snow came. Within hours, it piled up in drifts, layers and layers of it covering every available surface. Yet, nothing slowed down.

Imagine my disappointment. Even in deep midwinter, amidst what was, in my eyes, a Snowpocalypse, the Swiss just kept on going. The trams still ran on time, as did the trains and buses. There were no snow days. Snow in England usually sees public transport grind to a groaningly predictable halt, it is a time for Chinese take-aways and daytime TV.

There were no rainy days like in Kolkata that had once seen us housebound. You could fish on the waterlogged streets as well as float paper boats on them. Here, it was different. If you wanted a duvet day, it was on you. You simply couldn’t blame the weather because everyone else…well, they were just getting on with it. To my annoyance, Switzerland was refusing to hand me its mountains to hide behind. Instead, it kept urging me to look at, and really see, for once, the woman in the mirror.

Personal discipline, something I sorely lacked, is placed at a premium here. The true extent of this never really hit home until a couple of years later.

To say that my second pregnancy was difficult is a bit of an understatement. I spent some of it in the hospital and much of it on bed rest. I wallowed. The women I shared my room with, however, told a different story.

One of them, by the time I met her, had already spent seven weeks in the hospital, with an IV drip permanently attached to her arm. The other had to undergo a C-section at 34 weeks gestation upon which her newborn was rushed off to the nearby Kinderspital where she underwent critical heart surgery. Yet, neither of them fell completely apart. Unlike me, they were not relegated to mush.

They found reassurance in routine, and in that routine, they found that much-needed space that they needed to be themselves. They refused to have their breakfasts in bed, they refused to remain in their pyjamas all day long, they insisted on throwing the curtains wide open in the mornings, they insisted on going to sleep at a normal-ish time at night, they insisted on taking each day as it came without overthinking what the future would hold. Of course, there were tears aplenty. Heaving bouts of anxiety coupled with soul-wrenching fear. However, at the end of it, there was a return to routine, a return to carving a space for themselves, to the people that they wanted to be in spite of every curve ball that life appeared to be throwing at them. In that small room, shared between three women at their most vulnerable, I experienced Swiss resilience in the face of adversity for the first time in my life in a manner most personal.

So, what has Switzerland taught me?

Nothing yet everything: that it is high time to woman up, to just get up and keep on going. Its order and its routine has forced me to back away from my list of excuses, it’s taught me that I can no longer hide behind them while languishing in procrastination. 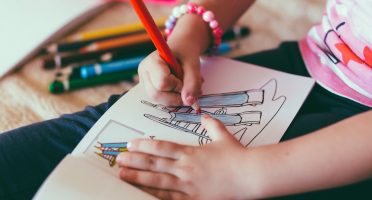