What Did I Do To Deserve This? And He Seemed Such A Nice Guy Before Marriage!

"We had mutually agreed to wait for a few months so that we could get to know each other before consummating our marriage. But just two days after the wedding…”

“We had mutually agreed to wait for a few months so that we could get to know each other before consummating our marriage. But just two days after the wedding…”

Priyanka sat in my kitchen dressed in a pair of faded jeans and a worn-out T-shirt; a far cry from the always put-together and sophisticated woman that I had grown to be best friends with. Instead of an after-wedding glow that should have adorned the face of the bride who had only married a week ago, a gloomy despair was accentuated by her red-rimmed eyes and downturned lips.

As I offered her a cup of piping hot tea, I joked, “Dude, you just got married and you are already crying. What’s the matter, did you find out that married life is not that cracked up as it seemed?”

She placed the cup on the counter and opened her mouth to answer, but the words were stuck in her throat. When she tried and failed to articulate after a few minutes, I prompted her, “Had a fight about the lack of time off he could get for the honeymoon?”

And with that, she burst into inconsolable sobs that wracked her entire body. It seemed as if her heart was crying out. I hurriedly got off the counter and took her in my arms, shushing her and whispering, “It will be alright. Tell me what it is.” But she continued to cry into my shoulder, her arms wrapped around me. I could feel the dampness of her tears soaking my top but I stayed put, letting her free the torrential tears she was holding in.

After what felt like a long time, her sobs subsided and I heaved a mental sigh of relief; preparing myself to hear the story behind the tears. Even though she lifted her head off my shoulder and unwrapped her arms from my waist, she kept a tight hold on my hands.

She took a deep breath, “Before marrying him, he and I had talked about having sex. We had mutually agreed to wait for a few months so that we could get to know each other before consummating our marriage. But just two days after the wedding…” Her voice weakened and she a swallowed the lump that had formed in her throat. I squeezed her hand in a silent show of support, urging her to continue.

“Fuck, this is hard,” silent tears continued to stream down her cheeks but she carried on. “He broke his promise, Aarushi. He forced himself on me. He seemed to be drunk and I was not ready. It hurt so much. I was crying, begging him to stop but he didn’t. I was shouting but he continued to violate me, and I couldn’t stop him. ”

To say I was stunned is an understatement. But her story hadn’t finished yet and she continued.

“As soon as that was over, he fell asleep while I cried myself into the early hours of the morning. I thought he would wake up, realize what he did and apologize but none of that happened. And do you know what’s more terrifying? He did it last night, too, although he was completely sober.”

“Oh my God,” those were the only words I could manage to speak out feebly.

“God, Aarushi, what did I do to deserve this? He seemed like such a nice guy. Every time we talked in the six months before the wedding, I thought he was so sweet. But… Fuck, look at me now. I feel so pathetic. I used to be so strong, bold and brimming with confidence. And look at me now; here is a pitiable excuse of that strong, confident and bold girl.”

“Shit, don’t say that, Pri. There must be something we could do; I’m here with you.”

“Do what Aarushi? Sue him? Are you forgetting that this wonderful country of ours where the marriage of a female under 18 is illegal but there is no criminalization or recognition of marital rape unless the victim is less than 16 years? File a case under domestic violence which barely covers sexual assault? Because, hey, you are married; your body belongs to your husband and he has the license to violate it in any way he wants!”

“Forget about them. Stay with me. I’m here for you.” 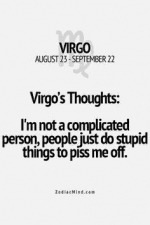 An aspiring publicist, I am looking forward to carve my own niche in the world. A gender equality believer and a feminist at heart, I believe in raising my voice against the injustice that plagues read more...