What Must You Do To Ethically Beat Competition And Emerge A Winner?

It is a good thing to be competitive in life and work. But how do you compete fairly and ethically and yet come up a winner? Here's what you can do.

It is a good thing to be competitive in life and work. But how do you compete fairly and ethically and yet come up a winner? Here’s what you can do.

Who has not heard and loved stories of Akbar and Birbal since childhood?

One day, Akbar called his entire council of advisors to find a solution to his problem. He drew a straight line on a wall. He then asked the courtiers to do something that would make the line he just drew, shorter. But, there was a catch. They couldn’t remove any parts of the line or even cut through it.

All the courtiers tried to think, but there was no way to make a line shorter without touching it or erasing it. There was no space on either side of the wall to even make it bigger! Then came Birbal walked over to the wall and drew another long, parallel line below the Emperor’s line. Thus, making it look much shorter – without touching it.

His approach to the problem was simple. He said, to make a line look shorter, just make your own line longer!

Isn’t that a fantastic way of looking at things?

Every now and then, we face such situations in our personal and professional lives. All of us are striving to be the best at everything that we do.  Very often, the competitive streak in us puts us in a spot.

Competition is good up to a certain extent

But it is dangerous when we hold back our action plans and strategies to see what our competitors are doing. Sometimes all it does is, make us copycats.

There was once an advertising professional. He ran a full-page ad in a leading newspaper that was extremely eye-catching and pretty. Unfortunately, it didn’t serve its purpose and turned out to be a big failure for his organization. The next week, two of his competitors printed similar ads. They had no idea, that it hadn’t worked. They just ran the same race with the exact same approach. Needless to say, they made huge losses too.

That’s what competition does. We get stuck waiting to decide our next move depending on what our competitor is doing.

Let’s look at it on the personal front

Don’t we unknowingly start comparing our lives to those of our friends and relatives? Don’t we become competitive even with them?

If you’ve watched the Bollywood movie 3 Idiots, you’ll know exactly what I’m talking about. There were 3 friends, aspiring engineers, who would do anything for each other. When the results were announced, two of them had passed, and there was no mention of the third one in the pass list. Just when they decided on how they would break the news to him, they discovered that the third fellow hadn’t failed. Instead, he had unexpectedly topped the examination! He didn’t just pass. He passed with flying colors.

True, isn’t it? Two daughters in law will compete with each other to become the favorite of the new family, two boys from the same building will compete to be the most eligible groom for ‘Sharmaji’s beautiful daughter’, two students will compete for the first position in class, and the list can go on and on!

There’s an interesting quote by Harold Coffin on this, “Envy is the art of counting the other fellow’s blessings instead of your own!”

Focusing on personal development is much easier than being envious of others.

Raised self-awareness – The strong focus helps us to understand ourselves much better. We now know exactly what matters to us and what our values are.

A better sense of direction – Making decisions becomes relatively easier when we know what we want to achieve.

Heightened motivation– There’s nothing like self-motivation in life. The journey of working hard and seeing results constantly urges us to do a little more and keep going.

Standing out from the crowd – The enthusiasm that builds up in the process makes us different people – more joyful, more content and more mature.

Not everyone can be like someone who’s constantly trying to get better!

Getting into action – Actually DOING what we set out to do.

Asking for feedback – It is important to see things from a different point of view. Even more important to accept that criticism and put it to constructive use.

Learning from others – Lifelong learners learn from whoever, wherever and whenever they can. Learnings are everywhere. We only need to look!

From now on, every time you face such a situation, promise yourself that you will simply make your own line longer! Surely, then, you won’t have to bother yourself with thinking about ways to cut short someone else’s!  Count your own blessings each day. Become a winner!

A version of this first published here.

Always willing to learn something new, I thoroughly enjoy being a part of the learning and development industry. I work with Future Learning, the L&D arm of the Future Group. I develop content read more... 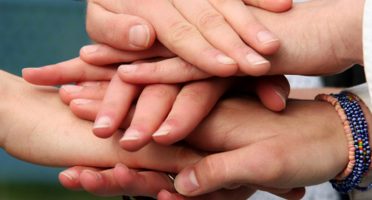