Anushka Kelkar’s ‘browngirlgazin’ series on Instagram celebrates women’s relationship with their bodies and mocks the rigid beauty standards of our society.

History talks about many spectacularly beautiful women like Rani Padmavathi of Mewar, Helen of Troy or Cleopatra of Egypt; modern day movies, TV shows and advertisements glamorize the so called ‘beautiful’ women. Across the centuries, beauty has been the most important characteristic of a woman. Her face, her features and looks become her identity.

Times have changed, generations have passed by, but the concept of beauty remains the same, with all its hard rules and unachievable standards. Young women today, having had enough with all the social pressures and stereotypes compelling them to look a certain way, are making an attempt to change how beauty is seen by people in our society. One such effort is the campaign ‘browngirlgazin’ by Anushka Kelkar.

Browngirlgazin is a photography series on Instagram by the 21 year old Anushka Kelkar. She recently graduated from the Ashoka University, Haryana and is currently a freelance photographer. This new initiative, she hopes, will help redefine beauty with more honest portraits of women. She uses no additional filters for the photographs to cover up women’s insecurities; rather she tries to capture their relationship with their bodies. 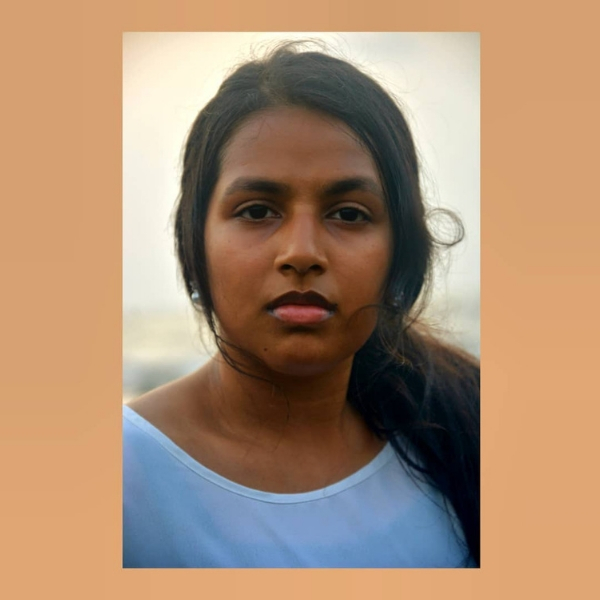 During her younger days Anushka found it very difficult to connect with the flawless beauties on TV and other media platforms – skinny with curves, fair, long hair and what not. When she got a new pimple or gained weight she saw it as a personal failure. But after moving to a residential college and living with many other girls she realised that most of them complain about their bodies. They feel completely disconnected from the ideal of beauty yet desperately try to get it. 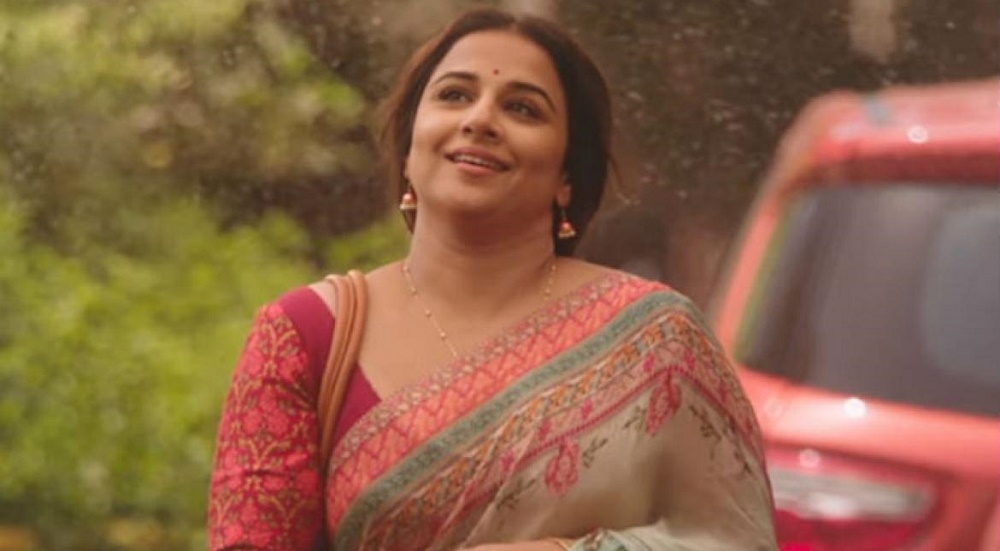 “I wanted to disrupt the images of ‘effortless’ beauty to show other women that this idea of beauty that we are all constantly pushing ourselves towards is a total construct, and we need to re-define these narrow standards,” Anushka tells me when I ask her why she started browngirlgazin.

Anushka has now made about 200 portraits for this series, but still has no singular definition for beauty. She explains, “Even though we’re told that our bodies are what define our beauty, I’ve actually found that beauty is something that lies outside of our bodies.” 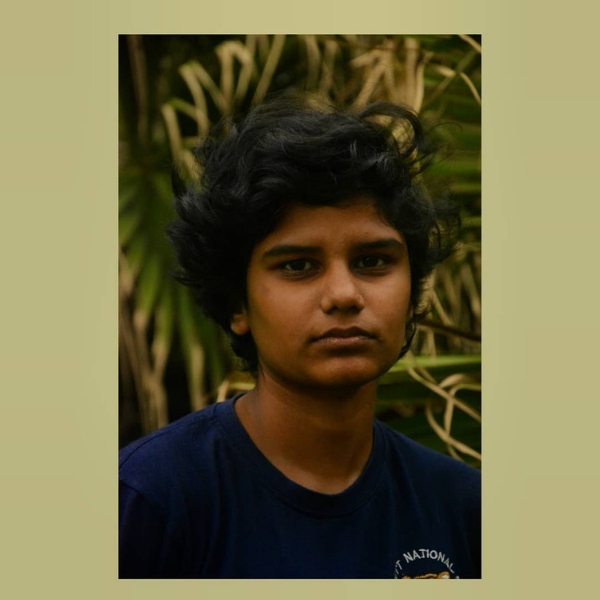 She believes that beauty is the way we inhabit our bodies and make them our own, and it’s not something that can be broken down into one particular feature or one type of look. Beauty is almost always strange, and it looks different on different people which is one of the most amazing things about it.

Talking about people’s stories that she posts on the instagram page of browngirlgazein, Anushka says, “The stories I get are incredibly varied, from skin stories to stories about menstruation, and fat-shaming. I try to keep them as diverse as possible. A misconception that I am trying very hard to challenge is that only ‘ugly’ girls have insecurities. It’s so ridiculous because the kind of pressure that exists for women to look ‘flawless’ is so deeply rooted in our history, and the way our society is structured.”

95 percent of the responses that she gets are overwhelmingly positive, and so many women are taking to the comments section to post about how they relate to all the stories. A lot of men also message her saying that they could never have imagined these specific types of pressures and how internalized their standards of beauty were. Explaining this further she says, “I think men face a lot of very different pressures to look and act masculine, and at some point I am definitely going to expand this series to men as well.”

Anushka’s browngirlgazein is not free from trolls, and occasionally, people who are deeply uncomfortable with women taking ownership over their bodies pass rude comments. In this era of social media, trolling is what comes very naturally to people. But Anushka ignores such trolls and is focused on her work, which she believes has a greater purpose. 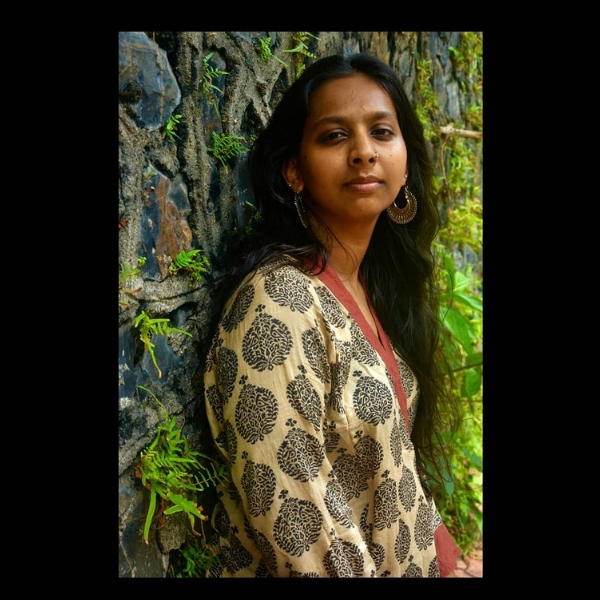 With many more recent campaigns like #ColourMeRight, the movement has begun. There is just the need to gain momentum by fueling up the process with more such campaigns and people’s participation. Pull up your socks ladies, together we have age old notions to destroy and definitions of beauty to rewrite!

Tahira Kashyap Calls Out Trolls For Jeering At Her Short Hair: “Go Get A Life!!”

Tahira Kashyap has given us more goals to love her by slapping the trolls right back for calling her Ayushmann's brother.

Tahira Kashyap has given us more goals to love her by slapping the trolls right back for calling her Ayushmann’s brother.

Tahira Kashyap is one person who doesn’t need any introduction. She is a writer, director, journalist, and is battling cancer like a real warrior. She has been sporting short hair ever since she was detected with pre-invasive breast cancer last year. Her very public and courageous battle with cancer has been a source of inspiration for many.

Since Tahira was detected with cancer she has been trying to break all the stereotypes and stigma around the disease. Through posting pictures and openly talking about her scars, she has tried to break the so-called notions of perfect beauty, but when will the society improve?

Recently actress Rashmi Desai on her Instagram stories called out faceless trolls and bullies for age shaming her. Why are a woman’s beauty and grace supposed to be related to her age?

Recently actress Rashmi Desai on her Instagram stories called out faceless trolls and bullies for age shaming her. Why are a woman’s beauty and grace supposed to be related to her age?

According to a report published in News18 recently, actress Rashmi Desai on her Instagram Stories called out faceless trolls and bullies for age shaming her. She shared screenshots of the men who commented on her post calling her “buddhi” and “ghatiya aunty”. They not only age shamed the actress but also used abusive words for her in the comment section.

In her story, she also tagged Mumbai Police, Cyber Crime Cell and Prime Minister Narendra Modi to bring this issue to their attention.