The Ubuntu way of life is a conscious decision to care for those around you that is a win-win situation all around, treating others as you would want to be treated.

The Ubuntu way of life is a conscious decision to care for those around you that is a win-win situation all around, treating others as you would want to be treated.

Have you ever made a cup of tea for your mum when she’s taking a short break from the endless chores she does in a day? Yes? Saw that big smile on her face? Have you ever given a lollipop to the little, famished boy who’s always standing at the traffic signal near your house? Saw the twinkle in his eyes?

Each one of us makes someone or the other happy in our own small way. Here’s an interesting little story that made me, and will surely make you, want to do it more often.

Ubuntu (oo-boon-too) is a Zulu word and an African concept that helps you appreciate the essence of being human. It urges you to go that extra mile for the sake of someone else, care for others and acknowledge the humanity in others. Ubuntu means ‘I am because we are’. This signifies that you are a human being because others acknowledge you as one and vice-versa. In a way, it tells us that all of us complete each other.

Many years ago, an anthropologist went to Africa to learn more about this. He went to study a tribe called ‘Ubuntu’. While he stayed there, he learnt a whole lot of things about their culture, their habits and customs. He envied the way they thought for each other, always moved around together and valued each other.

It was his last day with them, and once he finished his work, he waited for a cab to pick him up and drop him at the airport. He wanted to spend his last few hours there with the lovely children of the tribe. He thought of an idea – to bring them together by playing a game. The reward for winning was a beautifully decorated hamper full of candies and chocolates.

He drew a line on the ground and got the kids to stand behind it. The hamper was placed under a tree a few hundred meters away. He instructed them to run as fast as they could at his call, to get the hamper. The super excited bunch of kids was ready. He said “go” and something really surprising happened.

Instead of running along in their own paths, the children held each other’s hands to run towards the tree, together.

The children ran as fast as they could and got the hamper. The candies were too hard to resist so they quickly opened it and happily shared it. Thoroughly confused, he asked them why they didn’t run on their own, knowing that the winner could have got all the goodies to herself/himself?

A small girl who was still having the last bite of her candy said, “How can anyone of us be happy when the others are sad?”

He was left dumbfounded. This little girl told him something that never crossed his mind even at that age. He spent months together studying this tribe but had really learnt his biggest lesson that day. They value being human more than anything else. They think of others before they think of themselves and because this is inculcated in them since childhood, it comes effortlessly to them.

A powerful lesson for all of us indeed. How many of us put others before ourselves? Is this really possible while each of us is a part of the rat race that the world is a part of right now? Is it so difficult for us to think about others?

When a child is growing up, as parents, we teach her/him to focus only on her/his game and strive towards being a winner. Are we running to win or only to defeat others?

There is a thin line of difference between the two. Winning is good but winning together is great!

We are all struggling to make a mark only for ourselves. But think about it, the essence of ubuntu is not only true to our personal lives, but also at work. Organisations pay millions of dollars to foster teamwork and conduct collaborative exercises for their employees to break silos, acknowledge each other and work together. They spend so much time on building trust and creating cohesive teams. This surely is a big factor for winning as a team.

Another classic example of ubuntu is what Jeff Weiner, the CEO of LinkedIn did when the share price of the company tanked by almost 40% in 2016. LinkedIn is known for rewarding employees with stock options that has resulted in many of them making some good money over the years. With such a drop in the price and a big cut in compensation, employee morale was bound to get affected.

That’s when Weiner gave up his own stock grant of $14 million and asked for it to be allocated to the employee stock pool instead. This is not only about great leadership, but also an inspiration on how to put others before your own self. Jeff Weiner was successful in boosting employee morale even during a crisis.

It wasn’t necessary for him to do so. He could have taken his share, lost out on some employees, hired some more once conditions stabilised and moved on. He didn’t ask himself whether he could make a difference. He asked himself, “What difference will I make?”

So, here’s an idea. Try to make a small difference in someone’s life every day, starting today. Start by thinking of others at par with yourself (if not before yourself) while doing anything. Remember you are, because they are. See the difference it will make to others and to you. It will make you a happier person.

As a leader at work, think about your team before you think of yourself. Recognise and appreciate others efforts. You’ll be surprised to see what the team is then willing to do for the organisation in return.

At home, a little gesture is enough to make your loved ones happy. Spend quality time together. Surprise them. See how their happiness increases two-fold and becomes yours when you know you’re the reason behind it!

Always willing to learn something new, I thoroughly enjoy being a part of the learning and development industry. I work with Future Learning, the L&D arm of the Future Group. I develop content read more... 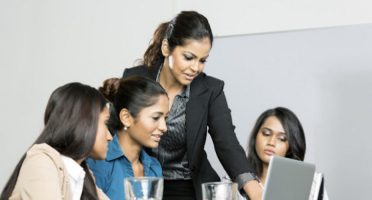 What Must You Do To Ethically Beat Competition And Emerge A Winner?