To Go Or Not To Go For…The Second Child

Thinking of whether you should have a second child? Here's an interesting experience.

Thinking of whether you should have a second child? Here’s an interesting experience.

After I had my my first son, I felt life couldn’t be any better. He was an absolute joy to be with and continued to bring the same amount of sunshine and warmth to our lives, day after day. But just as he turned three, everybody’s scrutiny and nudges were first subtle then strong…”Aren’t u getting him a sister”?

Since he was a ‘boy’ the option of a second boy was safely ticked off by the aunties! I’d just laugh it off or smile away. We too like many couples were of the notion that ‘one baby’ was enough and that our family was complete. Soon he turned 5 and just about then he had a new cousin. It got him curious or maybe his ‘sibling’ radar went off …he would often come home and ask when he would get a little brother. At first, it was seldom and then frequent. My maternal instincts (which I had reluctantly ignored) re-surfaced and I started coaxing my husband. After much contemplation, discussion and finally blackmail, we started trying to have a baby.

To our disappointment it was not as easy as we had assumed. It never occurred to us that all this time, while we were working against nature and being ‘careful’, now it was our turn to wait ..and wait patiently. Several months ticked by…and we started getting restless. Why was it taking so long? What if it’s too late? Would we be answerable to our son for denying him a sibling?

Such and many more questions rolled over and over in my mind. Until finally, almost a year later we got the good news. Another 9 months and we were blessed with our second. My older son named him as decided. Everything just doubled…the joy, the sunshine, the love…the anxiety, the nervousness, the stretch marks, my weight, the fights and the bills. Between their huge age gap of more than six years, all the confusion and chaos, between all this and much more , I realise that the bounty remains unparalleled. Nothing or nobody can match the surge of love that swells up when I hear them squeal and laugh as they roll one on top of the other or the peace when I stroke the two heads sleeping on one pillow together.

The pride I feel every time he teaches something new to his brother. The satisfaction that hopefully they will have each other’s back long after we are gone. When I watch the little one polishing his brother’s school shoes, sharing his plate or eating left over tiffin…I know he’s on the right track! As I keep digging out old  clothes and toys periodically for the younger one and he guards them like his own, I also dig  out my safely tucked away ‘motherly’ instincts that feel just like day one, 9 years ago when I became a new mom. It’s priceless.

To all the couples who are in between the ‘do or not to’ for the second ..(I wish someone had told me this sooner) after 3 years I can safely say…go for it! it’s like falling in love with yourself all over again! 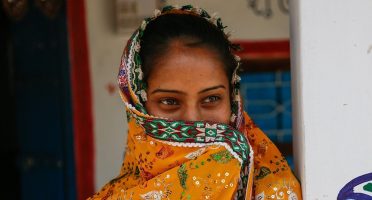 The Other Woman In My Life