When my father was diagnosed with a tumour in his chest, which thankfully turned out to be benign, we rallied together as a family and pulled each other up with positivity.

Uncertainty. It’s around you, surrounds you, you sense it and eventually learn to cope up with it. Life is no Mary Poppins and change is the only constant in the world; everything else is up in the air. Being uncertain makes us feel lost at times, but the idea is to breathe, plan, pray and keep progressing. There is always a light at the end of the tunnel and if it is still dark, you learn how to shine in the dark.

In April this year, our family train took a trip of the tunnel and it traveled more than a month to find that light.

The doctor discovers a tumour

On April 05, Papa thought of getting his usual blood work done. He went for the same and to his surprise, the doctor suggested him something he was not prepared for.

“Can you please get your chest X-ray done?”

My father, perplexed and reluctant, abided. Need I say, how lucky we are that the doctor suggested so. Sometimes HE himself comes in the disguise of a human to make us aware of the situation.

My father went to get the x-ray done and it was not until hearing the questions of the radiologist that he was alarmed.

“Do you have difficulty breathing?” popped one.

“No.” the calm sea in which my father was residing was disturbed.

“Do you feel any pain near the chest area?” came another.

Once the radiologist surfaced from questioning, my father wanted to dive into some.

“What is it?” he asked, getting a grip on his racing heartbeat.

“A tumour. Right next to your heart. Please get it tested urgently for more details.”

Without any further delay, Papa got hospitalized. Soon a sample was withdrawn from the tumour and was sent for a detailed biopsy. Those ten days, when we waited for the results, were horrendous. The waiting game takes a toll on the players involved.

The family rallies around

Meanwhile, the family and the extended family were informed. Everyone was startled and prayers started flowing from every part of the world. There are times when a human feels so weak and helpless that he realizes how small he is in the big scheme of life. We all are spiritual on some level, but somehow spirituality in its true form rises in times of need.

We need to realize it’s only time which is running, and in the time of crisis, we need to slow down, kneel down before HIM and seek HIS blessings. When you beg and cry in front of him, you feel his presence around you, inside you. That’s the power of connectivity. Now, imagine a whole family kneeling and praying – that’s the power of collectivity.

Ten exceedingly long days crawled and the tumour was identified as benign thymoma (non-cancerous). I, in Hyderabad, was on a video call with my younger sister in San Francisco when the medical reports came over email. I remember how she closed her eyes in gratitude before spelling out, “Benign hai”. We exchanged the look siblings do when they are sailing in the same boat. Miles apart, we speak the same language; after all, it was our father in question.

Every human being has its own way of handling stress, especially in matters relating to health. I am a person who is practical in life. I keep every possibility open. So, when I came to know about the tumour, I promptly analyzed every possible outcome that we might have had to encounter and also the course of actions in those scenarios. On the contrary, my sister is a complete believer. I won’t call her in a state of denial so much as being positive, who feels “sab achha hoga.”

It’s difficult when two individuals who are poles apart in rationality and spirituality talk. Our outlook differed, but our end desires completely met. I kept quiet on this subject and hardly spoke with anyone as in times of distress, the less you talk the more it benefits. Everyone has unsolicited advice, suggestions, and questions and when you are feeling low, all you want is not being poked on that subject.

Even though the tumour was not malignant, it had to be disconnected from my father’s chest as soon as possible. He was carrying a huge threat, 800 grams of threat. In a short span of 15 days, all was done at a lightning speed. Dates were fixed and on April 27, this year, my father underwent a major surgery at Max Saket, Delhi.

He was hospitalized for a good ten days. The removal of 800 grams of tumour took six hours of operation, an expert panel of doctors and surgeons, a lot of blood and courage and much more prayers from all parts of the globe. Papa was lucky to survive the tumour. The memoirs left are 35 stitches that are strategically placed from his left armpit to his nipple. One of his ribs and a phrenic nerve were compromised owing to the location of the tumour in his body. It will take time for him to recover fully, but as of now, he is healthy and healing.

I will repeat – Papa is blessed to have survive, knock on wood. Life is so uncertain that you can’t do much when it lays its rules. You just have to play by those. You don’t have a choice. Do you?

Luck and blessings not only hold true for survival but also for a united family. We are lucky that we have a strong connected family who rises in the times of need. There were family members who did not blink an eye to stand next to Papa in the time of crisis. Family members who travelled to Delhi to be there for an extended period, family members who abandoned sleep laying on the hospital room floor and the waiting room, family members who donated blood to meet the hospital requirements, family members who went out of their way to organize appointments in a short span with one of the best surgeons in the country, and family members who opened their homes and heart for him, today and always. Above all, my father has my mother. Papa is a rational person; Mummy is an emotional human being. But in times like this, she becomes the rock who pulls us out of any hopeless situation, time and again.

As for us, the sisters, we act as the support system, the reassuring factors, the abstract cure, which asked our maker, our father, to have faith. Because in the end, that is what a family does. Our parents taught us well and now we practice our upbringing.

My personal brush with disability

Right after delivering my daughter in 2014, I had trouble walking. Due to the improper stitching done post normal delivery, I felt a gravitational force acting on the lower half of my body. I visited several gynecologists in Kolkata (where my folks resided then) who told me there was nothing to worry about and it will recover with time.

There was one who even suggested “Don’t worry. The error will be rectified after another delivery.”

I knew I did not intend the second time, so when even after three months of delivery I could not walk properly, I got massively depressed. New mothers are much more prone to such emotions.

One fine day, when I came home after another meeting with the doctor, I found my father seated in the hall. After a quick chat, I confessed to him, “I don’t think I will ever walk the way I used to. This uncomfortable feeling is here to stay.”

Hardly had I known that not my problem but his words were there to stay.

He looked straight at me and said, “You had a whole human being come out of you. A human body can endure any sort of pain. Childbirth is a natural phenomenon. Just give it some time.”

In a month the Kegel exercises kicked in and got me out of dire straits, but what pumped me to believe in my health recovery were those golden lines.

That’s the power of parents!

Parents make you believe in you like no one else. When things start to fall apart, they will catch you while falling. “Haan Beta, ho jayega. Phir se koshish karo.” (Yes, it will happen. Try again!) A child may not succeed but the parents want him/her to try – for them, for their belief in their kin.

Maa-Baap kahin nahi jaatey. (Parents don’t go anywhere.) They are in you, by you, with you, for you. Two weeks back my Macbook died and I decided to buy a new one. The moment I mentioned that to my parents, my father spoke from the other end, “Mera le lo Saumya. (Take mine, Saumya.) It has a great processor, good storage. It’s Dell Inspiron 2016 model. What will I do with such an expensive laptop? I just read news on that, I can buy another cheaper model for that purpose.”

I was left in tears by the time I disconnected the call. Turning to my husband I said, “Parents don’t even think twice na? When it comes to their children, they can donate very drop of their blood.”

It’s not about a laptop, it’s about providing for their children, even when those children have their children. They will be parents till their last breath as usse zyada achha unhe kuch aata hi nahi, aur ye bachhon ke liye unka dil hai jo samajh pata nahi.

When I heard the news about my father’s health, I was taken aback but not shattered. I believed in good because of all the valuable life rules my parents taught me, one is belief. Believing in me. Believing in the good around me. As for the rest, we have prayers – connective and collective.

My wishes and prayers for everyone out there who are fighting the evil that has made them or their loved ones a hostage. Even when there is uncertainty, believe in yourself – either you will conquer it or you will learn to live with it.

Uncertainty is here to stay. The idea is to learn how to deal with life’s curveballs. You may feel low, lost, and depressed but that’s okay; it simply means you are living. 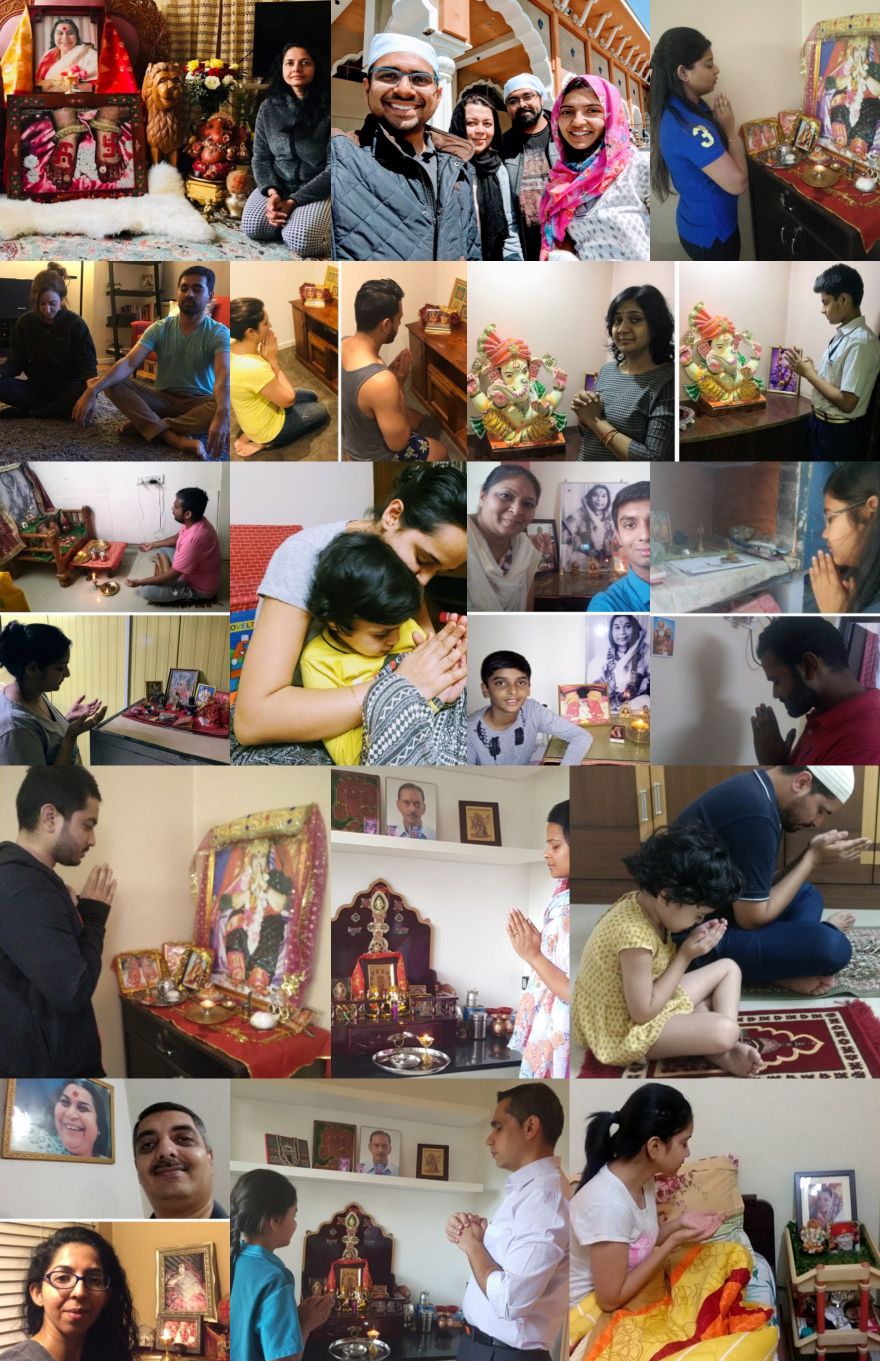 1 In 1000 Men Get Breast Cancer; My Father’s Battle With It Brought Us Closer As A Family

Thank You Papa For Breaking All Those Stereotypes and Being Truly ‘Daddy Cool’!

15% Of Women Suffer From Infertility, But Are Stigmatised Or Left To Suffer In Silence…