A well knit family whose members are loving, affectionate, religious, educated, cultured and socially active starts crumbling, disintegrating, and the attitude of the family turns hostile, vicious, monstrous and sometimes murderous resulting in a drastic transformation due to marital expectations that went wrong.

In a majority of marriages, a list of dowry along with a list of activities for the wedding are strenuously prepared.  However, another vital list is just assumed and neither prepared nor its veracity checked.  This list however comes into effect post-marriage and plays a vital role in all relationships.  The list of expectations that is ignored at the beginning brings an end very soon.

Some of the important expectations are related to matters such as:

In addition to the above, it is essential to know if there are any specific expectations from the future Mother-In-Law, Daughter-In-Law and Son-In-Law.

The following links provide some expectations from the Mother-In-Law and Daughter-In-Law:

If the above expectations are ascertained, discussed and agreed upon before marriage it will pave way for a smooth marital journey and better relationships. However, if these expectations are discovered one by one, they could be shocking, surprising, painful, disdainful, hurtful and demeaning. They will become a cause for many a problems and sometimes end with a divorce or death.

Marriage brings joy, hope and laughter and is deeply satisfying, incredibly fulfilling with loads of fun and happiness. It makes the harsh edges of life a little softer. But it’s not a cake walk, and it’s not something to rush into without thinking.

So: one should strive to know the challenges, and get their expectations right.  Then, jump in with both feet.

What do you think are some of the major marital expectations that should be discussed before marriage? 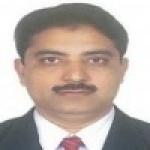 I'm Fayaz Pasha from Bangalore, the Silicon Valley and Garden City of India. I'

Why Extra-Marital Affairs Happen And Are Here To Stay

#ReachOutThursday: I Have Self Harmed Myself, Now I Am Ashamed Of My Physical Scars