Here’s Why Sanju Is Watchable, Even If You’re Not A Sanjay Dutt Fan

Sanju has been a much awaited movie, dealing as it does with Sanjay Dutt who has for long been controversy’s child. Here's an interesting point of view about the movie.

Sanju has been a much awaited movie, dealing as it does with Sanjay Dutt who has for long been controversy’s child. Here’s an interesting point of view about the movie.

Sanjay Dutt’s has been a life lived in the media’s harsh glare. In the news for the wrong reasons, more often than not. Sanju, while a biopic, is not exhaustive and only deals with certain elements of his life. The disclaimer at the beginning of the movie stating that certain facts have been dramatized and cinematic liberties have been taken should put at rest speculation about it presenting the gospel truth.

It is a movie and should be treated as such – but the entire 162 minutes of its running time kept me riveted. This article is not meant to decide the reality behind Sanjay Dutt or his actions but my thoughts on the film.

Sanju comes from the stables of Rajkumar Hirani and Vidhu Chopra who, in the past have come together to deliver big Bollywood hits like PK, 3 Idiots and the Munna Bhai series. They create magic yet again. For most parts, the narrative is tight and balances heavy emotion with light comic relief. The focus is the relationship between father and son and deals with this in a tender way. The director has eschewed controversy and steered clear of any references to other Bollywood stars or their involvement in Sanju baba’s life.

Ranbir Kapoor portraying the onscreen Sanjay Dutt is outstanding. It is hard to distinguish the two demonstrating how Ranbir has got into the flesh of the character. He has successfully adopted Sanjay Dutt’s mannerisms, talking and walking style, dialogue delivery, even replicating the bulky body and the sunken eyes. His physical transformation and emotional intensity provides an immersive performance.

In the supporting cast, Vicky Kaushal (recently seen in Raazi), essaying the role of a Gujarati friend gives a memorable performance. His equal ease with comedy and serious drama makes him convincing and proves his versatility. Paresh Rawal as Sunil Dutt is, as always brilliant, adding another feather to his cap of diverse performance over his 35 year long career. They are ably supported by other performances by Manisha Koirala, Diya Mirza and Anushka Sharma.

The movie reveals the difficulties of living up to a famous father’s achievements and expectations. It shows how friendships can make or mar lives depending on good or bad company. It reinforces the values of persistence, hard work and the will to fight on. It brings out how parental love helps weather storms and how important it is for children to appreciate it during their lifetime.

The part played by media and the impact it has on celebrity lives has been rightly questioned and is food for thought. I recall a famous dialogue from another movie, “There is no news like bad news”. As consumers of news, especially bad news, we don’t stop to think about the truth and are quick to judge based on newspapers, TV or now, social media information. Hence, celebrity lives are always on trial. However, they are human beings at the end of the day and suffer the same frailties as any of us. I doubt fame alone can elevate a human being. Life is a continued series of choices and at each turn, a decision brings in its wake opportunities and struggles.

Am I now a Sanjay Dutt fan?

Probably not. Do I believe he was totally innocent? Not completely. Were only others to blame for his failings? Definitely not. Media sensationalism and public criticism may have played a part, but only Sanjay Dutt knows the entire truth. The rest is everyone’s individual interpretation of this truth.

Sanjay Dutt’s chequered life in that sense has many lessons that we can gain from. The movie is just a small representation – though a powerful display of good acting and direction. Go watch Sanju even if you are not a fan of Sanjay Dutt. There’s something to learn from it. I am happy to hear what you thought! 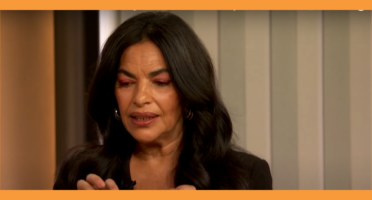 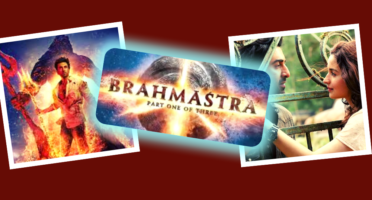