Love Or Lust? I Didn’t Expect This From Him!

"And most importantly, you should be prepared for this. Every girl is eager about her first night and you should also be."

“And most importantly, you should be prepared for this. Every girl is eager about her first night and you should also be.”

Pragya was motionless, her whole body aching. She felt as if ten scary hands were running all over her body. The pain in her private parts made her ache even more. Not for a moment had she closed her eyes, all night. It was her first night of marriage.

There was a knock on the door. She with all her pains got up to open the door. Her elder co-sister stood in front of her with a sly smile. “How are you dear?” Pragya was asked to get ready for the morning rituals. She could hardly face Mihir, her so called husband. There was no talk, no expression, only silence prevailed.

Water from the hot shower washed away the pain from her body. She felt relaxed, but the bitterness in her mind wouldn’t go. After she got ready, she called up Meera, her bhabhi, to release her wrath. “Why didn’t you tell me ? Do you know what happened yesterday night? I didn’t expect this from him.” A volley of questions struck Meera one by one

“Hold on for a second, dear. What didn’t I tell you? Everybody knows what happens. I too have crossed the same bridge before you. And most importantly, you should be prepared for this. Every girl is eager about her first night and you should also be.”

The answer left Pragya speechless. Eager for having sex…?

Pragya was a small town girl belonging to a middle class family. A family mostly comprising boys, she was the loved one. By god’s grace she had found a friend in Meera, who was married to her elder brother. Pragya was a shy and traditional girl prone to dreaming a lot. She hadn’t met Mihir before marriage, though she had chatted a lot with him on her phone. For her, having sex was not a minor thing, especially since she was not prepared for it… it had shattered her completely.

After the puja ceremony, both newly-weds were asked to visit the temple. While driving the car, Mihir tried to hold her hand, but she was stiff and unyielding, unable to relax, and pulled her hand away. This startled him. Stopping the car, he asked her the reason for this

Pragya got out of the car, and before, Mihir could ask anything, she started crying and sobbing loudly. She opened up her whole heart in front of Mihir, telling him how she had felt when he had violated her without asking her about it.

Mihir was stunned. He had never thought of it in the way Pragya felt. For him it was just a ritual, and pleasure to be bestowed and taken…but for Pragya it was sacred. She had wished for a comfortable relationship with Mihir before stepping into a new chapter of love. But she had never dreamt that love-making would make her hate love.

Mihir was a decent guy. He understood what she felt, and realized his mistake. He felt guilty about it, but he couldn’t change the bitterness of their first night. He came closer to Pragya and held her hands. He promised her that he wouldn’t hurt her feelings anymore, and wouldn’t touch her without her consent, and was sorry for what he had done.

Pragya could see the glisten of tears and guilt in Mihir’s eyes. Hope rose in her heart – they could start over again.

Respecting each other’s feelings really makes a relationship prosper, and binds it together forever. At least Pragya could openly speak her heart. How many of us do really speak up? 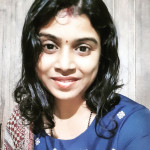 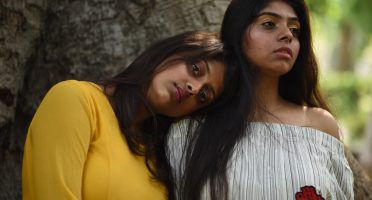 A Story To Be Told