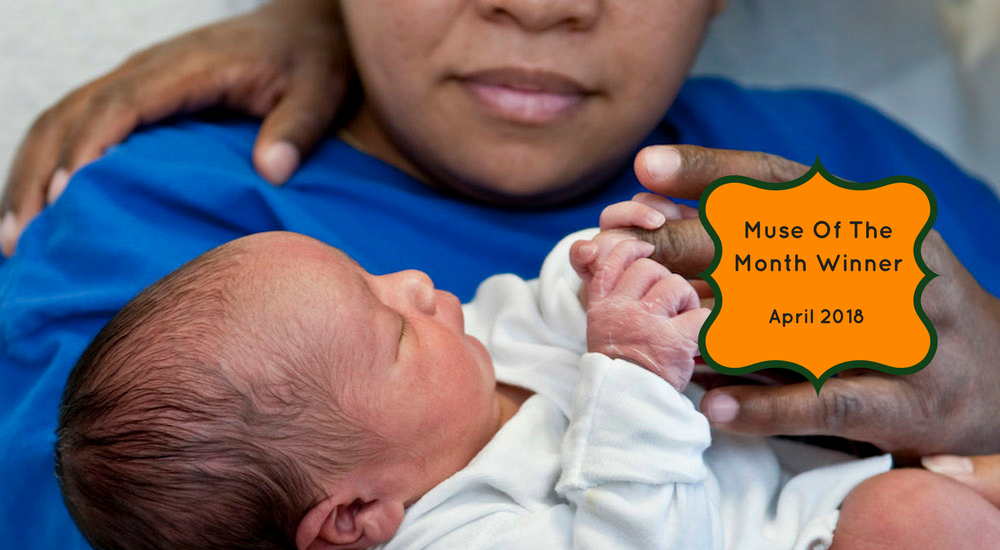 Posted: April 26, 2018
Tags:fictionmotherhoodpregnancywomen at work
Writers, Instagrammers, or Video Creator? Join us at the Orange Flower Festival on Jan 22nd!

Okay let’s take this one step at a time, said Rachna. First, we’ll make sure you are pregnant, then address the rest of the issues.

The fourth winner of our April 2018 Muse of the Month contest is Aruna Menon.

It was a Monday. Rachna was rushing to the OPD. Mondays always brought in the heaviest rush of patients. She took a quick round of the Ward and then peeped into the labour Room. She was not on call but always wanted to know what was cooking in the LR, the heartbeat of her Obstetric unit.

The OPD as expected was heavy. She quickly dispensed advice, triaging her patients subconsciously and spending a little extra time on some who seemed to need her reassurance.

Towards the end of her OPD, a slightly built young girl of around 28 years sat across her table. “Yes, how can I help you?” asked Rachna. She was met by silence.

“Vandana Rani” was the reply. “Mujhe bacha Chahiye” (I want a baby).

“Yes, Of course,” said Rachna. “Are you pregnant now?”

“No” was the hesitant reply.

“Have you ever been pregnant before?” asked Rachna. A pregnant pause then the shocking answer.” “Yes, 7 times, but no children!”

A gentle history taking revealed that she had become pregnant several times but could never carry her pregnancy to term. She had had 3 mid trimester losses which could be termed as abortions and had 3 premature deliveries resulting in early neonatal death each time. She was also suffering from a disease called APLA syndrome which made antibodies against the fetus resulting in losses each time.

Okay let’s take this one step at a time, said Rachna. First, we’ll make sure you are pregnant, then address the rest of the issues. She ordered a few tests which turned out to be reassuring. The next month Vandana conceived with a simple ovulation Induction. She had a major problem of blood clotting in her veins which was likely to be exacerbated during her pregnancy. So she needed to keep her blood diluted so as to ensure adequate blood flow to the foetus. Besides which she had a few more conditions which were deleterious to her life if they got aggravated during pregnancy.

A consensus was taken and Vandana was put on blood thinners which meant that she had to take injections herself. Every day. She learnt to do that and would keep track of whatever we discussed about her case during ward rounds. She was very sharp, realised Rachna. So one day, she asked her “How much did you study? You appear very intelligent.”

It became a regular part of the morning and evening rounds for Vandana to give a “report” of her day as well as the other high-risk patients admitted in the ward. Whenever she needed a referral, she would go on her own get it done and even help the other patients.

She knew all the milestones that Rachna was looking for. The 12-week scan, the quadruple screening test at 14 weeks, the encirclage at 15 weeks, the amniocentesis at 16 weeks, the 20 week scan for anomalies. It was as if Vandana and Rachna were walking in tandem, ticking off each milestone as they crossed it. The movements that Vandana first felt made Rachna as happy as they made Vandana.

Soon it was time for her to take antenatal steroid injections so that the baby would have mature lungs even if they had to deliver her early. Madam, now the danger is less, isn’t it, Vandana would ask Rachna as she crossed her 28th week which is taken as a definite sign of viability the world over. Rachna would be surprised at her grasp of the science of Obstetrics.

Every time Rachna did her Ultrasound scan, Vandana would ask her, “”Madam what is the weight now? She never asked the sex of the baby. Her only questions were: “Is the Baby growing well? Is s/he healthy? “ Her home was far away but her husband and mother would visit her regularly in the hospital where she had been admitted from the time she crossed 12 weeks.

She was asked to keep regular records of the baby’s movements and every day Vandana would scrutinise it before doing a scan herself or sending her to a Radiologist for the same. Sometimes she would do one on Vandana’s request just to reassure her that the baby was alive and healthy. The plan was to take her to at least 34 weeks and a healthy weight of 2 kgs.

One day, she appeared a wee bit lethargic and less bright than usual. Sure enough, her BP had begun rising which posed yet another challenge in their road together. Rachna was even more vigilant now. She was attuned to all her moods as well. One day, Vandana appeared anxious during the evening rounds. The baby had not moved for the past 4 -6 hours. A scan confirmed the loss of movements and the blood flow to the baby appeared slow and irregular. She had just crossed 32 weeks a couple days back, almost 2 weeks short of their comfortable target of 34 weeks.

Rachna kept mulling over her decision for about 10 minutes. Finally, she said her decision was to do an Emergency CS after alerting the neonatologist. She had already had 2 C-Sections previously and so there was no chance of a trial of a vaginal / normal delivery. Her relatives were away and so was her husband. However, Vandana and Rachna had built a relationship of trust and confidence step by step and she was happy to give her consent for the surgery. A healthy baby girl was born the same night at 11pm, by CS. She cried lustily after birth and needed NICU care for just over 2 weeks before she was handed over to an ecstatic Vandana to be taken home.

The day she was discharged, there were tears running down Vandana’s cheeks as she went around the ward, sharing her happiness with the staff and distributing sweets. Tears of joy. Tears of happiness. Tears of achievement.

Her name is Rachna said Vandana as she put her into Rachna’s arms. She will always remind me of the journey we completed together, step by step. After 7 losses, she had a live healthy baby. It was a miracle.

It had been a beautiful journey. Step by step, they had made it. Together, one step at a time.

Aruna Menon wins a Rs 250 Amazon voucher, as well as a chance to be picked one among the top winners at the end of 2018. Congratulations! 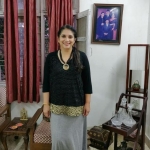 A Gynecologist by profession n blogger by passion, I love words! I love weaving life