Yes, The CBSE Re-Exam Is Unjust, But Your Job As A Parent Is To Help Your Child Through It

Is the CBSE re-exam announcement fair? Definitely not! As a parent, your job at this moment though is to help your child in the best possible way. 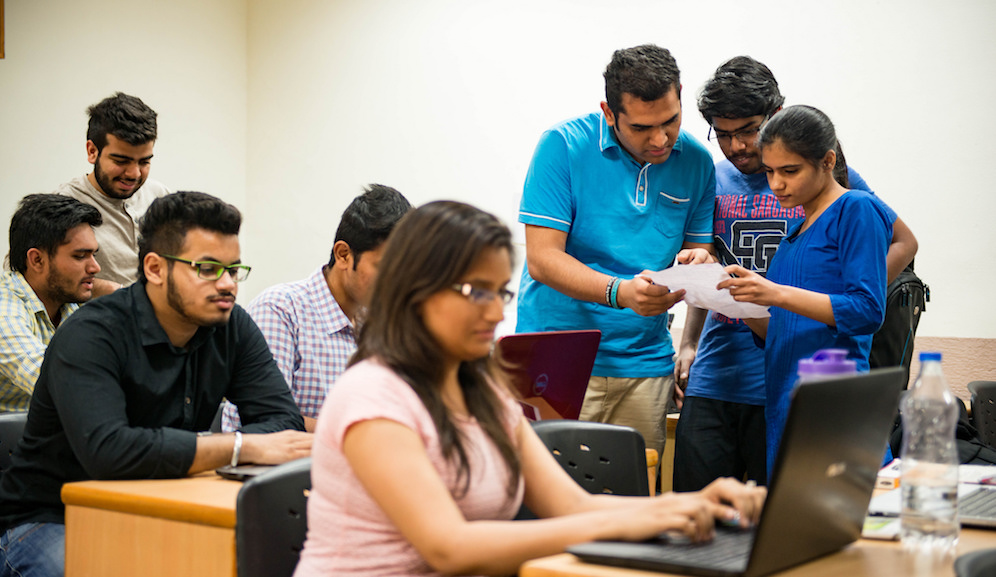 Is the CBSE re-exam announcement fair? Definitely not! As a parent, your job at this moment though is to help your child in the best possible way.

After days of continuous reports, CBSE finally accepted on Wednesday that there had been a paper leak in this year’s board examinations and ordered a re-exam for class 10 Mathematics and class 12 Economics papers. Doubts still prevail about Biology and Accountancy papers as they were also allegedly leaked, although CBSE authorities have not uttered a word about them.

As expected, students as well as parents are devastated and in shock. Children and families were in celebratory mood at the end of the examinations and obviously, nobody wants to go through the stress of exams once again, specially if you have done excellently. Some students have already started a petition on Change.org against re-exams while some parents are talking of holding protests, but is there really an option before the students except to gear up and take the exam again?

As an ex-teacher, I understand the anxiety of students who are not very good at academics and specially fear Mathematics. Many of the class 12 students would also be banking upon their Economics marks for college admissions. For them, a drop of even 4-5 marks in the aggregate may mean the end of their hopes of a seat in their dream college. It definitely is gross injustice that their careers are at stake because of the greed and malice of a few.
But this is how it is now. Take it or leave it.

I know that even a little gap in studies during exams can cause the students to lose momentum and confidence but take heart! Take this as another opportunity to improve your score. If you have not done well today (and even if you have) now that you have at least one week’s time, prepare yourself well and take it head on!

So dear parents, what you should do is to cool down your jangled nerves now that the initial shock is subsiding. Please help the children also to calm down instead of fretting over something over which you don’t have any control and that cannot be avoided. Better still, go ahead with your outings and trips as planned; if nothing else take the kids out for a lunch/dinner or movie. Both of you deserve the break. Moreover, it will help you and the kids detach yourself from stressful thoughts and enable you to see things with a fresh perspective.

You may say it’s easier to preach than do it. It is, I agree – when one is not in this kind of perplexing situation. But I have been through this too.

In 2011, my son was to appear for his AIEEE exam. When he reached his exam center he found that the paper had been leaked and there was utter confusion if the exam would be postponed or held that day itself. CBSE, which used to conduct the exam, kept on delaying the announcement of any decision, this way or that way. Children as well as the parents accompanying them were a worried lot and completely stressed out due to the uncertainty. Many were shouting for explanations, some were discussing the course of action in case of postponement while some others were trying to console their children who were on the verge of breaking down.

My husband who was accompanying my son was continuously giving me all the updates from there. I was also passing on to him whatever news I was getting on TV news channels.

In a few minutes, my husband decided to remove our son from the chaos all around and take him to a restaurant nearby. They sat there for about two hours, ate some fast food for breakfast (yes, two servings of my son’s favorite french fries!) while trying to remain calm and collected. Some other parents had also brought their children there. Finally, they got the confirmation that the exam would be conducted two hours later the same day, of course with a new set of question papers.

They went to the center, the son appeared in the exam and to his credit, he did an excellent job of it. He scored a very high rank and got his dream branch in one of the premier engineering colleges in Delhi. To this day we laugh that the credit for his success should go to the french fries!

So parents and children, please understand that not everything in life will go as you expect and want it to. Some things are inescapable. This is just one of them. Take this as a part of life, this is a learning that will last you for a lifetime. Just remember: this too shall pass. And I am sure you will emerge stronger out of this difficult phase.