Two girls in a hostel room, a blinking tube light, in a room number 413. What do you think happened that night? Read more here! It was a pleasant summer night in the month of June and the wall clock was showing 11 o clock in my hostel room; me and my roommate Ushashi were […] 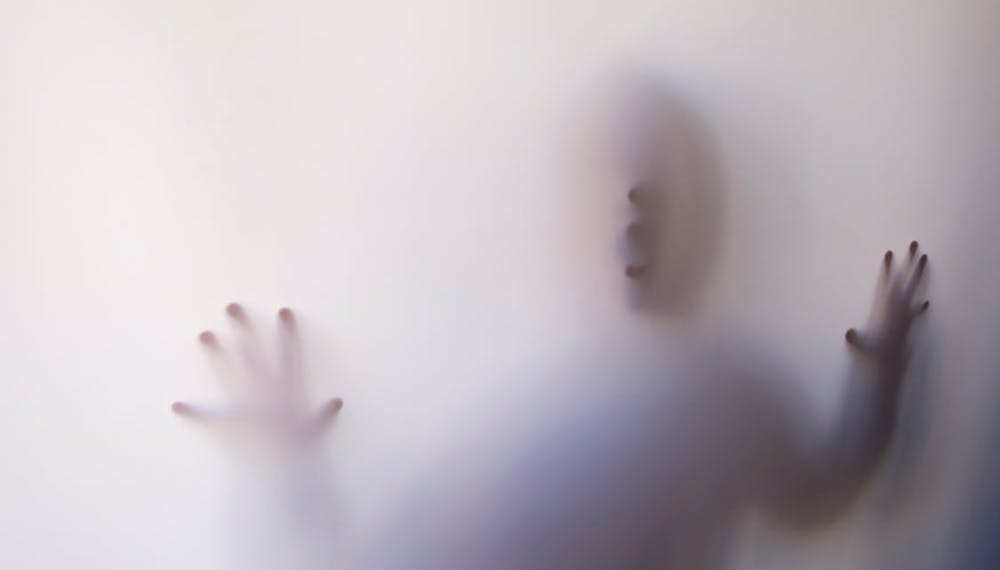 Two girls in a hostel room, a blinking tube light, in a room number 413. What do you think happened that night? Read more here!

It was a pleasant summer night in the month of June and the wall clock was showing 11 o clock in my hostel room; me and my roommate Ushashi were studying mechanics. There was a huge poster from Hollywood movie Mr And Mrs Smith on the wall. As a teenager, I had a huge crush on Brad Pitt. We were sitting on our respective beds, I was dressed in my green night suit and my roommate was wearing a pale pink coloured nighty.

We had been studying for almost two hours without any break. One of our friends was passing through the corridor and poked fun at us as if studying when the exams were approaching meant stupidity in an engineering college. We ignored it and continued studying. My eyes were paining by that time. I felt sleepy. But Ushashi still wanted to study for an hour more. Letting her do what she wanted to, I made my bed and was ready to put on the mosquito net.

Before that, I would like to explain the orientation of the room. We were on the third floor. There was a corridor and the rooms were on either side. We do have a separate common bathroom at the end of each side of the floor. After you enter our room you will find the switchboard and my bed on the left side. We have a small room with two single beds placed parallel to each other. The beds were separated by a 2 sq ft desk. A chair was provided with each desk. There was a computer on my desk so I dumped all my books on my chair. Clearly, there was a little space between the two beds to get down and move around the room. There was a window on either side of the room. My side window opened to the corridor and another window was adjacent to Ushashi’s bed. We didn’t have any night lamp but there was a tube light in the corridor which served the purpose of a night lamp. But now that tube light was on the verge of breaking down, sometimes it blinked for no reason and settled down after some time. Now, the picture is clear about my room and the surroundings.

After putting on my mosquito net I went to bed and quickly fell asleep.

In the middle of the night, I randomly opened my eyes for a few seconds and closed them immediately. Wait, what was that! A tall hazy figure was standing right beside my bed! I forced myself to wake up and saw it with my opened eyes. No longer I could refer to it as just a figure. In the dim light, I could clearly see a girl wearing a long white gown. The white cloth that was used to wrap the corpse in the morgue. I could not see her face as it was all covered by her shoulder-length open hair. It was also impossible to decide whether the girl was facing towards me or away. The ceiling fan was in full swing so the gown and hair were continuously flapping and fluttering. I was laying on my bed and pushed myself towards the wall as much as possible and tried to be away from her. There was a mere mosquito net in between the girl and me. So many thoughts were going through my brain.

I could have called someone passing through the corridor for help.

I could have reached out to the switch or my cell phone.

I could have called my roommate sleeping right next to me.

Strangely I couldn’t even remember my roommate’s name with whom I had been staying with for the last 2 years. I felt thirsty. Due to immense fear, I realised I had lost the ability to speak or move. It was like a paralyzed state. Negative thoughts were groping me. I was on the verge to faint when I tried to imagine her face behind her hair. If something had happened to me then, no one would have ever come to know what happened. I really don’t remember how long was I was staring at her. Sweating constantly, I consoled myself that I must be dreaming and that if I will close my eyes and open them again, this girl would be gone. Shivering in fear I closed my eyes but she was still there when I opened my eyes . During that time no one was passing through the corridor. The half damaged tube light added a scary effect to that ambience by blinking occasionally. I am a ghost fearing person and hardly watch any horror movies which always say that rooms numbered 13 are always spooky. Unfortunately our room number was 413. On the inside, I begged her to go away. It was like forever. I told to myself that I had never harmed anyone so nothing will harm me. One thing I would like to mention here was that the girl was not moving at all. Carefully, this was for the first time I watch out for any movement. But there was no movement at all. I know that corpses don’t move as they are lifeless. I asked myself why she wasn’t moving. If she had come to put an end to my life then why was she just standing for so long. I realised the door was locked from inside! Then how could she have entered. Oh! She was a ghost and she doesn’t need a door. But if the door is closed that means my roommate was also in this room. So why me? I pulled my head up and was looking for my roommate on her bed. In that low light, I wasn’t sure but it seemed to me an empty bed. Still, I decided to call her although I didn’t remember her name. I swallowed my fear and asked in a low voice ‘hey are you sleeping?’ my question went unanswered and unnoticed. Again I asked but this time in a louder voice ‘are you there?’

Suddenly that standing figure replied to me in a loud voice ‘hhhmm Go away’. That figure exactly sounded like my roommate! Then suddenly I recalled that today she was wearing a nighty. Was it my roommate who was standing like this? I ask myself. I put all my courage and took out a single finger out of the mosquito net and tried to call that figure with a tap. I have to do it as I can’t live in fear like this forever. Inside me I was frightened about the thought that it must feel like a ice cold on my finger. But I felt warmth while touching that figure. Suddenly the figure screamed loudly ‘mechanical movement can be calculated by theta into Gama’ and some ridiculous formulas from mechanics book. That was exactly what we were practicing that evening. I was sure that it was none other than my roommate. I started crying then got out of my bed and slapped her so hard. Then she was totally awake and asked me why I woke her up in the middle of the night. I put her on her bed and sat on her chair and thought about the whole episode for some time. Her long pale pink nighty in low light seemed me as a white gown, her shoulder-length open hair on her face, everything was understandable now. I had a glass of water and I decided to change this room and the roommate as well. I don’t remember when I fell asleep again.

Next morning we talked about last night, I came to know she was suffering from a weird sleep disorder called ‘sleepwalking’. When their brain gets fatigued, they start walking around while they are still sleeping and where they get any obstacle they stopped there. In this case, my bed act was the obstacle. So she stuck by my bed. The person can sleep in standing position for hours. I didn’t know what to do. Clearly, she didn’t want to scare me. She was a suffering herself

You wouldn’t believe me but I stayed with her for next two years. In those two years this happened twice or thrice but by that time I was accustomed to it. Now when I look back I realise I had a strong heart to do that. If you ask me if I believe ghost, I must reply, yes I indeed believe in ghosts, ghosts really exist, they scare me and I never want to see their spooky face ever.

5 Really Funny Moments That Anyone Who’s Ever Lived In A Girls’ Hostel Can Relate To!

Girls Not Welcome At Veterinary College: Our Harrowing Experience