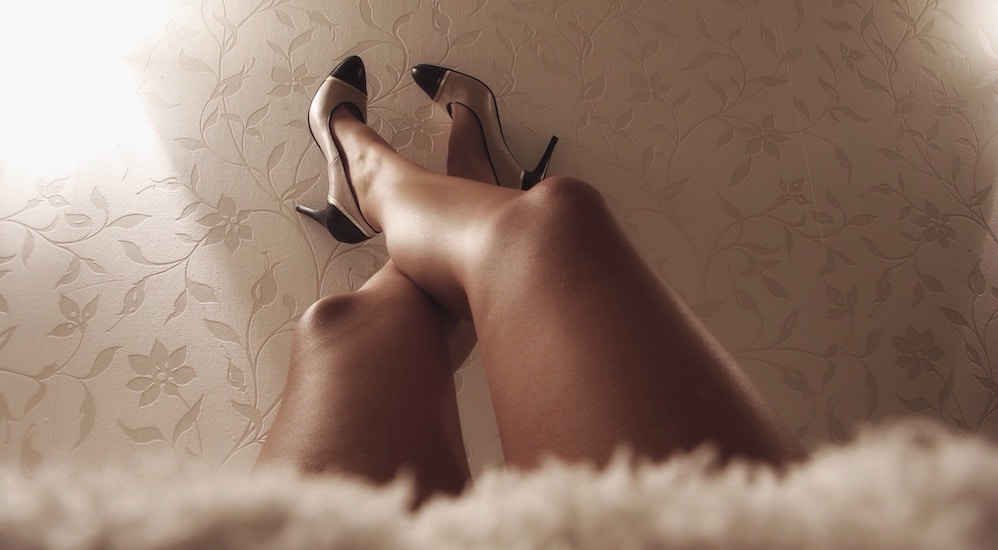 Nude selfies have a terrible reputation owing to all the controversy over leaked photos of celebs as well as ordinary women; yet, many women love them. Here’s why.

“Last October, it had been five months since my boyfriend went abroad and our anniversary was about to dawn. I missed him and knew he did too, so I decided to send him something I never had. I opened my phone’s front camera and bared myself for the first time in what seemed like a lifetime, and went snap snap. No, he did not ask for these, nor did he ever hint at wanting me to do this. This was my gift to him and to myself, expressing my trust in him and letting him know what’s waiting for him when he comes back. For me, it meant a letting go of the things I unnecessarily clench to, freeing the imperfections that I thought no one deserves to see.”

This was just one of the many accounts by women who believe in the power of sending nudes to their special someone. The concept of sending nude photos is not something our selfie-generation invented, contrary to what we may think. Somewhere between the early 2000s and a decade back, love-struck teenagers could be found posing with 4-megapixel phone cameras in showers or bedrooms, trying to get the perfect angle for a sultry photo that they could send to a school crush. In the past century women would have their lovers take such photos of them to preserve as memories and to be the model of their very own Playboy. Ironically, the magazine that had nudes lay its foundation was also the one that recently decided to omit nudes from its glossy pages citing the reason that “time’s changing”.

In these times when voices are being raised against the objectification of women and their bodies, the very act of sending nudes to someone can be debatable. Some might say that it is a form of self-objectification or a self-harming act of de-intellectualization. I set out to talk to female friends and acquaintances who had sent nude photos of themselves to men, in an attempt to understand how they feel about it.

Can nude selfies actually be empowering?

Some of the women did initially consider the act of sending nude pics the perfect formula to lose one’s one ‘respect’, but then those very same women changed their minds. So many women who never believed they would share nudes, now do it quite often. What made the difference? Trust. So what if they don’t look flawless? As long as they trust the person on the receiving end, the trend will keep trending. Trust is the assurance that makes any woman (or any person for that matter) take that leap of faith without the fear of being judged on any petty basis. It’s amazing how a mere photo could convey, “Hey, I trust you” so clearly. As one of the women I spoke to put it, ““A year ago I would look down upon sharing nudes for the simple reason that it appeared to be a self-demeaning gesture. To me a woman’s worth lay only in her inner self and it had nothing to do with the exteriors. When I met my perfect match, I realized that both are a part of me, the outer and the inner.”

There was the thrill of anticipation too. As one of my interviewees put it, “There are days we are both too tired to even talk on call, let alone go out for dates. Despite being in the same city we are barely able to devote any time to each other on weekdays, thanks to our corporate work schedules. But one sensual photo from me, and he is hooked for hours. It is what keeps him waiting impatiently for the weekend when we finally get to meet. It keeps the fire ignited and draws us a lot closer.”

This was an account from a woman who swears by sending nudes. Her reason? Trust and incentivisation. She believes that it not only reflects her trust, but that seeing her make the effort, makes him happy too. In other words, it is a digital preview of the action awaiting you when you do get together.

So many of us believe in focusing on our mind that we end up ignoring our bodies. We – inside out – have a responsibility to appreciate ourselves and not be ashamed of it. There have been innumerable accounts of women who found that clicking a photo of their bodies was an epiphanic moment for them to feel how empowering it is. Popular media normalises one shape, one colour and stigmatises all the rest, but it is important to understand that no matter the size or colour, a photo of a woman comfortable in her skin is a photo that oozes confidence and a positive vibe.

Clicking nudes – regardless of whether you share them or not – helps you confront your bodily fears and stigmas. It is the portrait that connects you with yourself and with every click you only feel better about yourself.

Yes, it carries risks, in a world that shames women

There are of course risks involved in sharing these photos as we get to hear about women (both the girl-next-door and celebrities) whose photos were misused and exploited in the cruelest of ways. Though many of these female celebrities did not even share their photos but had their photos extracted from their own devices by hackers, yet there have been cases where sharing photos whether in private or via social media platforms has backfired. Women like us can only wonder how things would turn if something similar happens with us.

Young women, especially teens have reported being pressurized to share nudes by boyfriend or male friends, which results in a lot of anxiety and sleepless nights thinking about all that could go wrong. Most of these girls do realize how things can go downhill when they share these photos – there’s blackmail, sharing of photos within male friends and then there’s even revenge porn. Despite being aware of all the risks involved, some girls do share their photos anyway and the biggest reason behind this has been the inability to say ‘no’. There is a difference in the encounters of older women who have evaluated the risks and have the confidence to take an informed decision as opposed to younger women and girls who could come under tremendous pressure; women in their mid-twenties who shared their opinions with me insisted on the significance of free will, when it comes to sharing nudes.

For these women, the evaluation of risks involved an awareness – an introspection that what they are about to do is their choice and that it is not based on pressure from the partner to share such photos. Some of the women I talked to even described how they had refused sending nudes when their partners (politely) asked for them and only sent them once they realized that sharing or not sharing these photos is not going to bring about any changes in their relationship.

My tip to end with:

If you are a believer in the power of nudes, then you already agree with these, and if you are a little hesitant then it’s better to click for your eyes only. If you have safety concerns then you probably don’t trust your partner fully (and rightfully so) and should not send such pics for your own peace of mind. If you do want to experiment, you could click photos and show them to your partner on your device itself. It is better not to use Snapchat or Instagram’s private sharing since your data gets automatically stored in their database no matter what. (Instagram brought in a feature that lets you know if someone takes a screenshot but alas, people have found a loophole to overcome this problem as well.) So, be safe, trust wisely. But most importantly, trust yourself and your body. A little act of self-love goes a long way.

This article contains personal accounts by friends and acquaintances whose names have been kept confidential on request.

My Husband Is Guilty Of A Ghastly Crime [#ShortStory]