50 Shades Of Womanhood: Bad Women In Books, The Anti-Heroines That I Love to Hate!

Bad women in books can be more than caricatures. Here is where to find anti-heroines that are sassy, smart and complex. 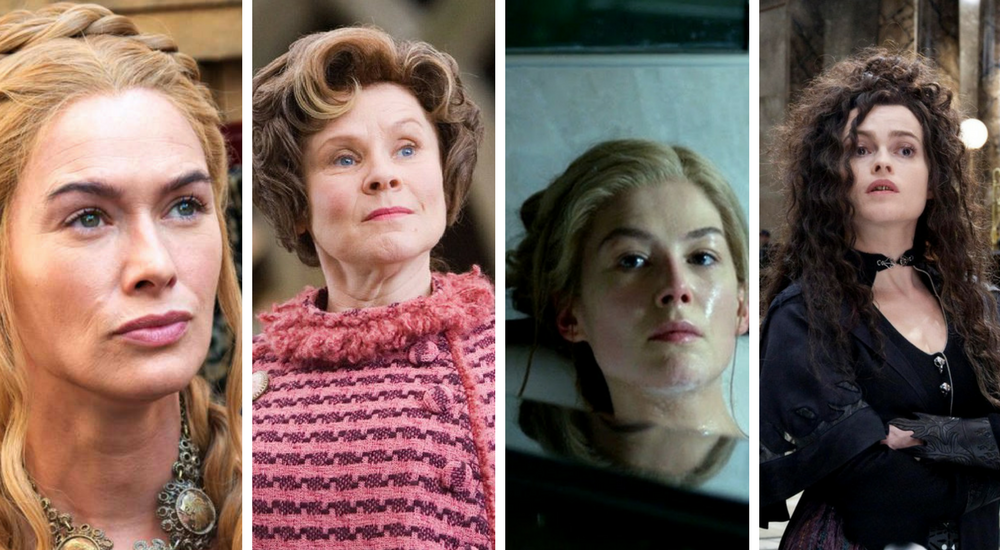 Bad women in books can be more than caricatures. Here is where to find anti-heroines that are sassy, smart and complex.

My toddlerhood was marked by Ramanand Sagar’s Ramayan. I was enamored by the image of a despairing Sita, waiting for her Ram in the Ashoka Vatika. The scene in which she receives Rama’s ring from Hanuman, is one that I play-acted over and over, much to the delight of adoring parents and grandparents.

As I grew up however, I found myself disconnected from the “ideal” of Sita. Instead, I found myself wondering about Kaikeyi. Here is a woman who once rescued her future husband from the battlefield—how did she feel about being relegated to the position of favourite queen? Did she miss the thrill of battle? We do not know the complexities of her mind because in the epic she is a one-note character defined only by her grave mistake. She is merely the cautionary tale. So too is the case of Soorpanakha –a woman scorned for expressing her sexuality and punished severely for trying to attack the “ideal wife.”

However, even as the women are pushed behind Lakshman Rekhas, and vilified for crossing them, the male characters get away with greater crimes. I have heard people praise Ravana as a great scholar and Shiva bhakt, but Soorphanakha gets no such redemption. People are quick to point out Duryodhana’s kindness to friends and Karna’s generosity; and are equally quick to lay the blame for the Great War on Draupadi’s laughter. Women just can’t catch a break!

Nor is this an “it happens only In India” story. Even international authors like Roxane Gay and Claire Mesud have spoken out about this. Author Silvia Moreno-Garcia pointed out this double standard in a recent tweet, where she laid out that people are unable to accept an unlikeable heroine, because she is “too depressed”, but are perfectly happy with romantic heroes who are literal Nazis.

This is to a large extent a reflection of society and its unwillingness to view women as fallible human beings. From a young age, the behavior of girls is policed with greater severity. They are told what they must wear, how they must sit, what they can and cannot do. They are expected to be “little mothers,” responsible and well-behaved; who must not only take care of themselves but also their male contemporaries and those who do not comply are shamed as “bad girls.”

When this spills over into books, we get female characters without nuance. We have “the Sitas” who are submissive, rule-following, self-sacrificing. On the other hand, we have the negative women—“the Shoorpanakhas” in books who are assertive, unbound by rules and unafraid of having desires and wants of their own.

We end up with caricatures instead of characters – the good wife versus the evil mistress, the supportive girlfriend versus the nagging girlfriend, the nurturing mother versus the scheming step-mother, the good daughter-in-law who keeps the family together versus the manipulative one who wants a home of her own. These flat characterizations make their way into TV, movies and advertisements too. As TV writer, Gitangshu Dey points out, the heroine in daily soaps has to be “just like Sita.”

The real-world fallout of this is that women continue to be held up to impossible ideals, as the stereotypes society has about women are reinforced. It is gaslighting of the highest order, capable of making even educated, reasonable women doubt themselves for having natural, human emotions.

Real women are complex and do not fit into neat, convenient boxes of “vamps” versus “virtuous” and literature should reflect that. However, any attempt to inject existing stereotypes with reality and “humanness” is met with resistance. To quote author Anita Nair, “Women in fiction may have shrugged some of the strait jacketed representations but anytime a woman character chooses to live life on her terms, readers tend to get agitated. In my own fiction, I have had my characters Akhila (Ladies Coupe), Radha (Mistress) or Lena (Alphabet Soup for Lovers) being ticked off for choosing to swerve off the conventional path.”

My own journey towards finding women, especially bad women in books, that are real, and human has not been easy. My reading preferences include detective/mystery fiction, and speculative fiction, and so my examples fall mostly within those genres.

My earliest reads were, like any little girl, fairy-tales. There the difference between the light, sparkly princesses and the dark, evil witches or step-mothers is stark. It says a lot about me I guess, that my favourite fairy-tale was (and still is!) Goldilocks and the Three Bears, with a female protagonist who was up to no good!

The first of the bad women in books, an anti-heroine I remember falling in love with is Irene Adler, in Arthur Conan Doyle’s A Scandal in Bohemia. I admired her for her intelligence and quick thinking that outplayed even Sherlock Holmes—shame that there was so little of her!

It was around the same time that I read a children’s version of Shakespeare’s Macbeth, and was struck with the raw ambition of Lady Macbeth and her willingness and ability to manipulate her husband into murder.

Agatha Christie of course, wrote of many murderous madams, but one of my favourites is a character in Evil Under the Sun (won’t say more—spoilers!).

Margaret Atwood’s Zenia from The Robber Bride is deceitful, treacherous and deliciously evil. The air of mystery around her only lends to her sinister image. Equally unforgettable is the narcissistic, self-serving Catherine from Wuthering Heights, by Emily Bronte.

Scarlett O’Hara from Gone With The Wind – a really ‘bad’ girl for her times, but a strong role model too. Emma Bovary from Madame Bovary. Can they really be called anti-heroines, or fit into the frame of bad women in books? I wonder.

Siderea, from the greatly underrated Magister Trilogy by C S Friedman is a woman driven to villainy by the selfishness of men around her.

More recently, I am fascinated by Cersei Lannister from George R R Martin’s A Song of Ice and Fire series. Her hatred for her patriarchal society, her obsessive love for her children, and her unapologetic attitude in her quest for power are all too relatable. In fact, the series has many female characters who do not fit into neat boxes. The same is the case with the books in the Dandelion Dynasty series by Ken Liu.

Amy Dunne from Gillian Flynn’s Gone Girl, and Nicki Clements from Woman With A Secret by Sophie Hannah are among the many ‘unreliable and unlikeable’ bad women in books that recent thrillers have been populated with.

Closer to home, I recently read The Private Life of Mrs Sharma by Ratika Kapur and was blown away, both by the plot and by the author’s deft characterization of the titular Mrs Sharma as a thoroughly detestable woman that one cannot stop oneself from empathizing with.

The Monochrome Madonna by Kalpana Swaminathan has a female character whose menace is a slow burn, and whose machinations are truly chilling.

Dark Things by Sukanya Venkatraghavan, The Demon Hunter of Chottanikkara by S V Sujatha, The Devourers by Indrapramit Das, Immortal by Krishna Udayasankar, and Gulab by Annie Zaidi all have female characters that cannot be conveniently slotted as ‘good’ or ‘bad.’

I cannot leave this discussion without a mention of some of the most famous bad women in books – Dolores Umbridge and Bellatrix from the Harry Potter series. Sometimes even more malevolent and hated than Voldemort himself!

Ultimately, for the reader willing to explore, who approaches books with an open mind, and who is unforgiving of lazy writing that propagates stereotypical depictions of women, there are a multitude of choices. Women in books need not be cardboard cutouts that are “all-good” or “all-bad,” and an increasing number of authors and readers are waking up to this fact.

Register at Women's Web to get our weekly mailer and never miss out on our events, contests & best reads - you can also start sharing your own ideas and experiences with thousands of other women here!
fictionwomen in fictionwomen in mythology