As we mourn the loss of lawyer and activist, Asma Jahangir, let's look back at her life to derive inspiration from this feminist icon. 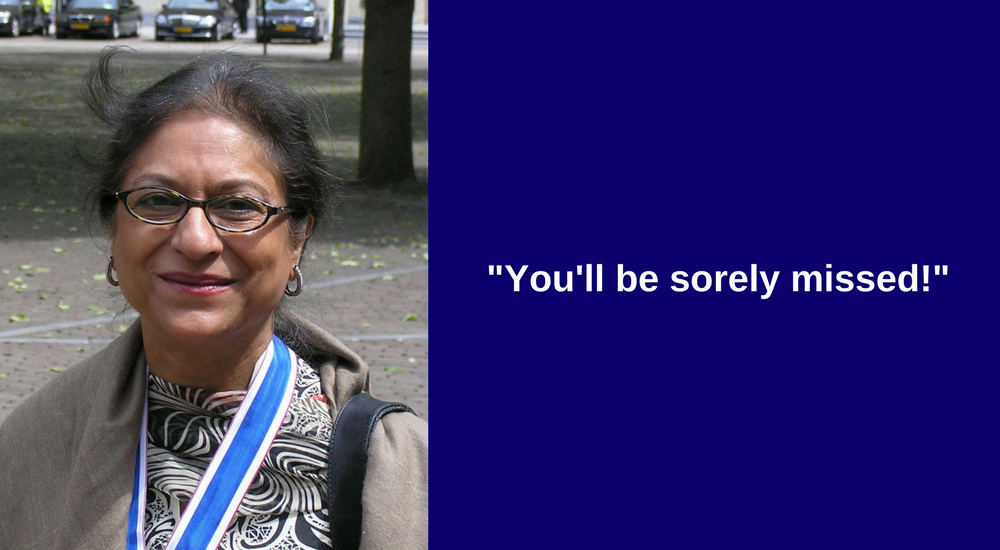 As we mourn the loss of lawyer and activist, Asma Jahangir, let’s look back at her life to derive inspiration from this feminist icon.

“The United Nations is an organizational body where people, through their Governments, come together; and it can be the only place where there can be a melting pot.”

Asma Jahangir: Life In a Nutshell

Born on 27th January 1952, in Lahore, Pakistan, Asma Jilani Jahangir breathed her last on 11th February, 2018. Her life was cut short at sixty six due to a cardiac arrest. Jahangir came from an affluent family. Her father was a civil servant and also a noted politician who spent several years behind bars and also on house arrest for conflicting ideologies with the military autocrats. Her mother was fiery and she studied in a coeducation environment during a time when Muslim women struggled to receive higher degrees. So it is quite natural Jahangir had in her blood an iron spirit, be it in politics or in activism, and possessed a tremendous mental fortitude.

Jahangir finished her schooling from the Convent of Jesus and Mary at Lahore. She received her Bachelors degree in Arts from Lahore and her LLB degree from the Punjab University. She is also a titular doctorate degree from University of St Gallen, Switzerland, Queens University, Canada, and Simon Fraser University and Cornell University, United States.

She is a globally renowned lawyer as well as a human right activist. Incandescent and outspoken, Jahangir was the president of the Human Rights Commission of Pakistan. She was fabulously famous for her criticism of her country’s militant and extreme Islamist groups. She was on Time’s magazine list of 100 most influential women. She shielded her country’s minority Christian community who were accused of profanity which as per Pakistan’s controversial house of justice calls for death penalty.

She was truly a fearless feminist icon who spoke loud and clear lambasting the attacks on minorities and women.

The Staple Post reports some facts about Asma Jahangir;

You can read more of these here.

On 5th November 2007, she along with several opposition politicians and lawyers were arrested and she was under house arrest. She criticized General Musharraf and said that he had “lost his marbles”. Not to forget in her span of sixty six years as a lawyer and activist, she faced several death threats but no one could touch her.

Despite her tight schedule including several publications, Jahangir authored two books: Divine Sanction? The Hudood Ordinance and Children of a Lesser God: Child Prisoner of Pakistan.

She was recognized for her work and her contribution to society through several awards. Some of those are:

In the year 2005, she was also recommended for the Nobel peace prize.

Jahangir’s hard work as an activist and lawyer took a toll on her health. Her heart couldn’t take the stress anymore. Jahangir leaves behind her grieving businessman husband Tahir Jahangir, one son and two daughters. While politicians and activists from India and Pakistan tweet and mourn her loss we too feel the pain at the loss of a true feminist icon.

I conclude this essay by saying, “Asma Jahangir, you will be sorely missed.”

empowermentwomen in the social sectorwomen's rights