“Oh that explains a lot. That’s why, when Mama asked you to put away your toys, you suddenly started getting so angry and being stubborn, and then you started refusing to help with any household chores." 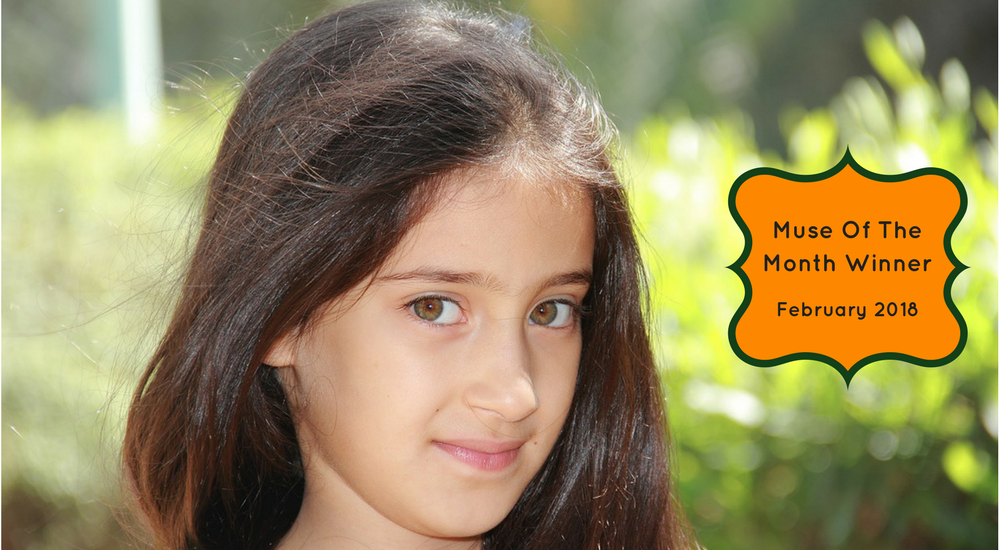 “Oh that explains a lot. That’s why, when Mama asked you to put away your toys, you suddenly started getting so angry and being stubborn, and then you started refusing to help with any household chores.”

The fifth winner of our February 2018 Muse of the Month contest is Kanika G.

“Happy birthday baby sister. I can’t believe you are turning 18.” Soumya said rushing to the couch, where Ruma lay, pinching Ruma’s cheeks and giving her a kiss. “Though the streets of Mumbai will become a far more dangerous the day you get your driver’s license. And I do hope you start reading the news before you use your voting privileges.”

“Blah, blah, blah, blah. Can’t you just for once focus on the part that I am becoming an adult? Anyway what do you care about the streets of Mumbai? You live in Delhi now.” Ruma pretended to sulk, and then got up to hug her sister. “I hope this means that I am no longer the baby of the family.” She whispered.

“What a hope! You are the youngest in the family, so you’ll always be the baby.” Soumya said finally releasing Ruma from a long tight embrace.

“Not if you had a kid.” Ruma looked hopeful. “Then I could be the cool aunt. By the way I did not hear you come in.”

“I know. I wanted to surprise you, and pinch your cheeks. I know how much you hate it.” Soumya was effervescent. “So I called ahead and asked Mama to keep the front door slightly ajar.”

“Humph. Mama always takes your side.” Ruma said getting up and the sister’s walked to the room they had shared for many years.

“Hey, I only come here to visit now. You have her to yourself all the time.”

“True.” Ruma’s eyes twinkled and she flashed an evil grin. “Didi, I have really missed you.” She added more solemnly.

“Me too.” Soumya said as she glanced around the room. “At least, you finally have your own room. I have to share mine with Rajat.”

Ruma laughed. “Does he know, that you complain about it? Poor guy. He is a good husband, right?”

“Yes he is. If it weren’t for how much I miss Mama and you, I’d say my life in Delhi is perfect.”

“In spite of the pollution?” Ruma raised her eyebrows.

“Yes I do.” Ruma giggled. “But I have missed troubling you. I have to make the most of it on your visits. It’s just Mama and me otherwise, and how much troubling can Mama endure?”

Her eyes fell on an old family photograph. Soumya followed her gaze and knew what she was thinking.

“It has been a while, but I still miss him so much. For a while it was just the two of us.” Ruma’s voice cracked.

Ruma and Soumya were step sisters. Ruma’s mother had died at child birth. When she was 3, her father, had managed to overcome his grief and embrace hope. He found love again and got married to a divorcée, with an 8 year old daughter. They were a happy family. Ruma had found a loving mother and Soumya a caring father, but most of all, they had found each other.

Soumya remembered, that when she and her mom moved in to live with Ruma and her dad, she was apprehensive. The only dad she had ever known before, was her own abusive one. It was difficult for her to trust her new father. But he was always patient and understanding. She did however instantly bond with her new baby sister.

Slowly, over the course of two years, Soumya grew to trust and love her father too. Ruma, who had never had a mother, was thrilled to have another doting parent. Then one day, when Ruma was 8 and Soumya was 13, news arrived to shatter their new found happiness. Their father had been run over by a drunk driver and died instantly.

“You know, there is something I have never told you before because I was so ashamed.” Ruma said, tears rolling down her cheeks.

“What? Come on. You can tell me anything. You know that.” Soumya was curious.

“Well, it’s really stupid, but when Dad died, I was heartbroken, but I was also very scared.”

“We all were babe. Our life was changing in an unwanted way again, so soon after we had found happiness. I remember thinking, God can be so cruel.”

“What? Why?” Soumya was baffled.

“Because of Cinderella. You two were my step mother and step sister, and I thought you would treat me like a servant after Dad died, and make me clean the house and take me out of school.”

Soumya stared at her sister agog. “I hated those fairy tales. Why do they always cast step mothers and step sisters in such a villainous light? You were just 8. It must have frightened you terribly. The thing is I never thought of you as a step sister.”

“I know it was silly, but I was so scared then. I decided, I was not a Cinderella. I would not take it meekly. I would fight, if either of you tried to treat me badly.”

Soumya let out a low whistle. “Oh that explains a lot. That’s why, when Mama asked you to put away your toys, you suddenly started getting so angry and being stubborn, and then you started refusing to help with any household chores. Mama was so sad with Dad’s death, you behaving like that, upset her even more. But you were worried we would start treating you like a servant.”

The sisters were quiet for a moment, then Soumya continued. “I may have been offended if I had figured that out when we were kids, but I understand now. I have been thinking. When I have a kid, I will never read those fairy tales. We both have step parents, and they are the best things that happened to us. So why do these stories have to make them seem evil? Anyway, what made you feel secure in our family again?”

“Whenever Mama got frustrated about me refusing to put away my toys, you always secretly helped me. So I realized you could not be an evil step sister. Slowly I realized Mama was really nice too and I stopped being scared.” Ruma looked sheepishly at Soumya.

Soumya pulled Ruma in to a hug. “Oh you silly little baby. I love you so much. But now I am definitely not going to read Cinderella to my kids, or Snow White. They may be worried about an evil step aunt or something.”

“You are thinking a lot about kids. Is there a bun in your oven?” Ruma winked.

“I am not sure. I have to take a pregnancy test. But I think so.”

“Oh my Didi! You are glowing.” Ruma teased.

“Shut up and don’t tell a soul, till I take the test and know for sure. Not a soul.” Soumya narrowed her eyes. “Or you’ll find out just how evil a step sister I can be.” She added, wagging her finger, threateningly.

Kanika G wins a Rs 250 Amazon voucher, as well as a chance to be picked one among the top winners at the end of 2018. Congratulations!