Bridget Jones' Diary was a big hit back when it came out in 1996. Does the resonance with the audience still hold? Here's what I found. 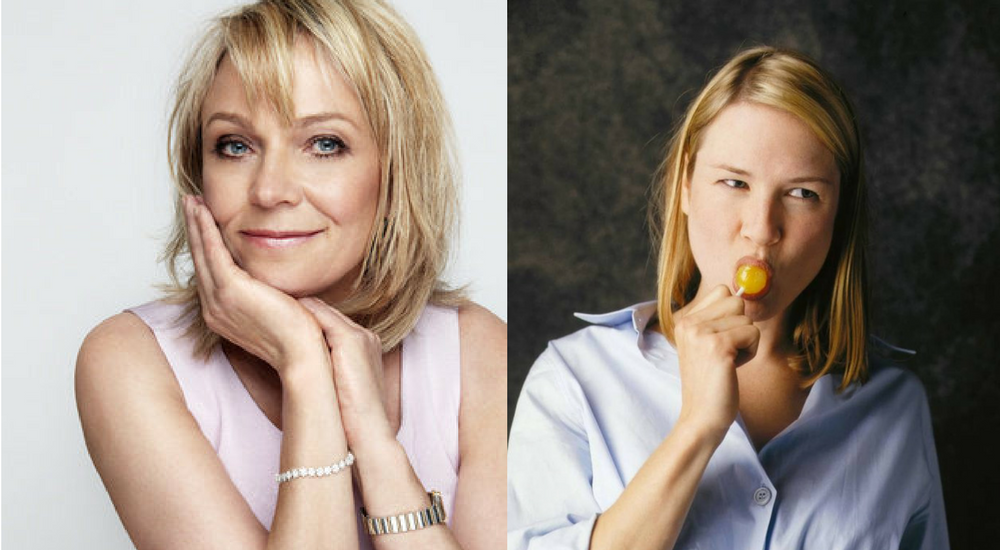 Bridget Jones’ Diary was a big hit back when it came out in 1996. Does the resonance with the audience still hold? Here’s what I found.

I had the good fortune of attending Helen Fielding’s session with Meru Gokhale on Bridget Jones during the Jaipur Literature Festival in January 2018. Now, to be truthful I have read only a small portion of Bridget Jones’ Diary and I haven’t been anywhere near the movie adaptation of it either. The major reason I didn’t finish the book was the fact that it did not pique my interest as much.

Before all the fans come after me, I want to say that this might be due to the fact that in today’s time, these kinds of narratives have become more prevalent and more accessible than a book (I’m talking about memes if you’re still confused). Now having clarified my position, it would also not be wrong to say that I was a bit sceptical about attending this session at all. The festival attracts a lot of people, and seating can be a problem, so please understand my feeling!

Moreover, I had zero clues about what Helen Fielding was like, and depending on the small portion of the book I had read, I thought she would not be somebody I would like to listen to for an hour. BUT to my pleasant surprise, she was quite an interesting and witty talker who made the session worth the struggle that I had to undergo for a seat.

The session began with Fielding telling us about how Bridget Jones began as an anonymous column in a newspaper. She talked about the lack of self-consciousness that came with writing anonymously in that column. She went on to define the character as “the gap between how we are expected to be and how we actually are”. Which sounded about right to me, yes.

Then came the aspect of Bridget Jones today, in the age of Tinder and Whatsapp. Fielding said that all the problems that she would face today would be the same as earlier, except made more complex by the introduction of technology. She informed us that Bridget would have probably embarrassed herself today by drunk tweeting. Fielding also pointed out how texting today is the most confusing thing about dating. Accidentally texting the wrong person or group is a disaster. She qualified all the above by stating that she believed that people remain the same fundamentally, they just evolve with the times.

The session then moved over to the literary aspect of Fielding’s writing. She said that she ‘always wanted to be taken seriously’ and even sat down to write a ‘serious’ book. Which then brought the session to the question of why the genre of chick-lit is not as respected as the other, more ‘serious’ forms of literature. Fielding impressed that although they might not be taken as seriously, these novels are the ones that bring about serious change in the world by sharing their ideas with the reader in a very simplistic way. She expanded that the same was the case with comedy, in general.

Coming to the crux of the book which is about a single woman, Fielding talked about how it was necessary to address the character of the ‘tragic spinster’. Being single is a non-issue which has been successfully exaggerated over the period of time to make it look like one, even with changing times. One of the purposes of fiction was to change the perspective of society and make a difference, and that’s what she thinks chick-lit helps with. And I could see the furious nodding of the audience.

The discussion then went on with Fielding answering the question of whether men felt the pressure to be ‘manly’ as well, to which she answered in the affirmative and mentioned how more and more men were talking about it. She even mentioned that she always expected the male audience of her work to be gay and not straight men. This makes me happy because it means that men are now coming out of the moulds that patriarchy has so strenuously made for them to be inside.

On being asked about the movie adaptation of her book, Fielding admitted that she never picturised or saw Bridget as someone particular until after they cast the actress for the movie. The only thing she had in her mind was the picture that was printed on the covers of the books. This is interesting to note since we readers always tend to picturise characters in our heads and a writer not doing the same sounds…odd.

The session might still not have tempted me to go finish the book, but seeing a famous writer up close and speaking does have an effect on one. Do you like Bridget Jones? Why? Why not? Let us know!