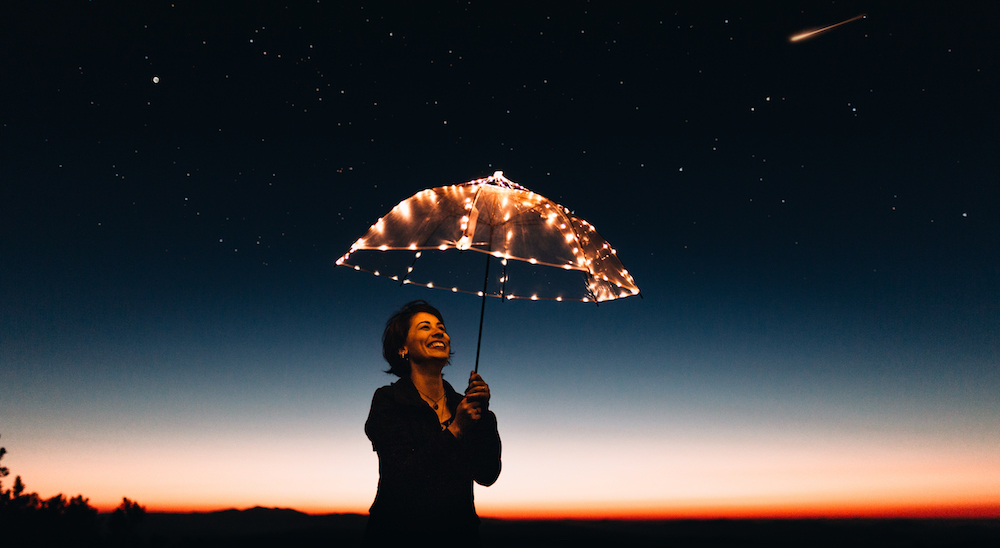 Every Journey is Unique, Every Story Carries Meaning

A story may seem perfectly ordinary on the outside, but still carries its own meaning; indeed, every journey is unique.

I have started writing this on a cold sunny afternoon of January, in the year 2018. We have recently bought a new house, and ironically an event which signifies ‘being settled’ is also accompanied with the clichéd thought, ‘What is the purpose of my life?’

As much as I seem lost at this point in time, or probably have been lost all these years! I do believe there is a lot of weight to everyone’s life story; however menial or important their being is by worldly standards.

The collage which our individual experiences, relationships, situations and hence the journey, make is unique. Such is the story of someone called Seema….

5 year old Seema was riding her tricycle in the long corridor of a kitchen when Bela Aunty was making some chicken curry.

To Bela Aunty’s slight irritation, Seema had more questions than she had the patience of answering. But her love for Seema faded the irritation away and she let the questions come in till the little mind was satiated enough.

Bela Aunty and her husband Tony shared the house with Seema’s family – her parents and her little brother Shehan. The shared rent made life a little more financially viable in the Dubai of the 1980s when a lot of expatriates inhabited Dubai to build up on savings.

Shehan was a quiet two year old that did not do a lot more than devour his milk bottle and sleep. Seema found herself going to her little brother’s bed every now and then to wake him up to play! Sometimes harsh enough to wake the baby up in a crying fit.

Seema, her mother and little Shehan in the stroller, would walk to school everyday. The 15 minute walk in the scorching heat of Dubai was far from pleasant, but had to be done. Seema’s mother decided for her to skip a grade to the next one as Seema had learnt her ABCs and numbers pretty quick at home.

School was torture for her. Writing 3 –letter words and adding numbers was a lot more than Seema could handle. Teacher Menzies was as loving as one could possibly be; but even she was lost when the sweet natured Seema would sometimes hurt her friends by biting them. Those were the days when therapy was non-existent; so it was either love or discipline to deal with non-conformance.

It was time for the Annual Party at school and 9 year old Seema was all excited about the new dress she could wear at the party. A welcome change from the dreary mud brown uniform.

Annual Party was the day the school Vice Principal would come in and distribute ‘Best Student’ certificates. Seema could never reason out why do it on the Annual Party Day! Why should one person’s glory be the rest of the class’s day of mourning?

Day of Mourning because all the parents of these hapless 9 year olds aim for the coveted ‘Best Student’ title for their child; and to know that they didn’t make the mark once again, was not something they would feast on at the party. But well the dinner was served; whether you like it or not, you have to have it.

This particular party was Seema’s lucky one. She had bagged the prize and could not wait to get it home.

The achievement pedestal was raised very high for Seema, by her mother. And obedient little Seema worked very hard each and every day of her life to live by it.

This encouraged her mother more, and as a result no mistake or short coming was ever small for Seema. Her essays had to be as perfect as her math.

Her poetry recitation as flawless as her knitting.

Seema loved her mother. If she ever said her prayers, it would be only to ask for her mother to be with her always. Her disciplinarian mother was her security net too.

All memories of young Seema of her father were of a man-figure who comes home in the evening, upset about something, probably at work. Daddy can lash out at the tiniest of trigger, so better keep out.

Probably this is what made her cling to her mother more.

Seema’s respite in her house was Shehan. The little brother who was growing up to be her best friend. They played together, told stories to each other and were inseparable. One would cry if the other was hurt.

Shehan was important to her also because she had very few friends at school.

The once talkative bouncy Seema was growing up to be a quiet child, who had lots going in her head and heart, but very little of it came out. If she did make friends she would cling onto them and hence made very few.

Shehan was important to her because there was literally a big bad world out there.

Seema had just finished her 10th grade and was looking forward to her days in high school and then the mysterious world of university after. Insecurities and fears of childhood were fading away apparently, and paving way to the excitement of teenage life filled with gossip, books, boys and more gossip.

Time flew, years of high school zoomed by and it was ‘university time’.

As much as Seema’s parents did not want her to stay out of home for college, Seema forced her way out to the exciting world outside home.

Life was life like it was never before! She discovered herself like she had never been able to.

Freedom came with slight inconveniences but every struggle was worthwhile.

Seema walked out of the college doors, at the end of four years, with a lot of memories and a zest for whatever more life had to offer.

She moved on to work for a multinational. Enjoyed all the perks of the corporate world. Sailed through the work pressures, went through a few heart breaks.

Life as an ‘adult’ was not a cakewalk but with Seema making her own decisions, all was far easier to handle.

Mummy, Daddy, Shehan all continued to be a part of her life, but there was more to her life than just that.

Every struggle and every insecurity she went through as a child, manifested as a positive spark in her personality.

As aggressive as she was in her career, she was equally compassionate in her relationships.

When she quit work to stay at home with her child, she did her best there too.

Nothing fazed her. No challenges were big enough for her to sulk on it.

Seema is probably just like every other person we meet, either at the store or at our workplace or at the doctor’s office.

A seemingly ordinary life but a unique journey!