Going To The Jaipur Literature Festival This Weekend? Catch These 14 Women In Action! 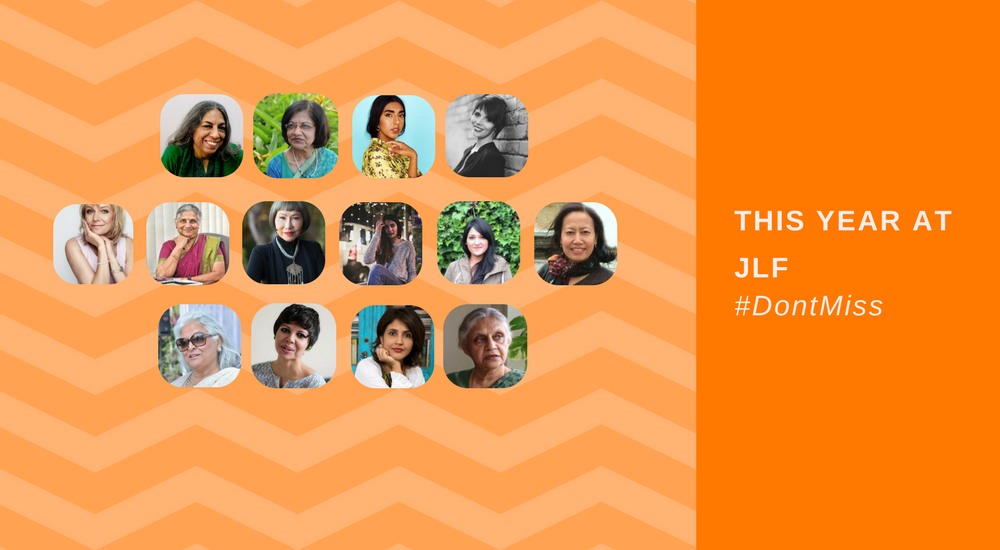 The Jaipur Literature Festival is almost upon us, beginning from the 25th of January and ending on the 29th of January. Called ‘the greatest literary festival in the world’, I am excited for it to begin and even more excited about the speakers that are lined up this year.

I dug deeper into the speaker list and the programme schedule to bring to you some of the women speakers and their sessions that you might wanna add to your itinerary for the long weekend!

The Man From The Egg; Sudha Murty in conversation with Puneeta Roy

Remnants of a Separation; Aanchal Malhotra, Chand Sur and Urvashi Butalia in conversation

Book Launch-Citizen Delhi: My Times, My Life; by Sheila Dikshit in conversation with Karan Thapar, launch by Sanjoy K. Roy and Karan Thapar

Fish at War and a Cup of Brew: The Politics and Poetics of Women’s Work in India’s Northeast; Mamang Dai, Minam Apang and Mona Zote in conversation with Parismita Singh

Remnants of a Separation; Aanchal Malhotra, Chand Sur and Urvashi Butalia in conversation

Words Are All We Have; Han Yujoo, Janice Pariat and LeÃ¯la Slimani in conversation with Prajwal Parajuly

The Songs of the Heart; Anosh Irani and Janice Pariat in conversation with Prayaag Akbar

If you think any of your favourite speakers is missing here, do us a favour and mention them in the comments below! See you at the LitFest!