[#NotMyLoveJihad] My Mom & My Boyfriend Of Different Faith – My 2 Loves I Don’t Want To Pick From!

I love both my mom and my boyfriend dearly. But I can't tell her about him because we are of different faiths. I don't want to hurt either of them. #NotMyLoveJihad 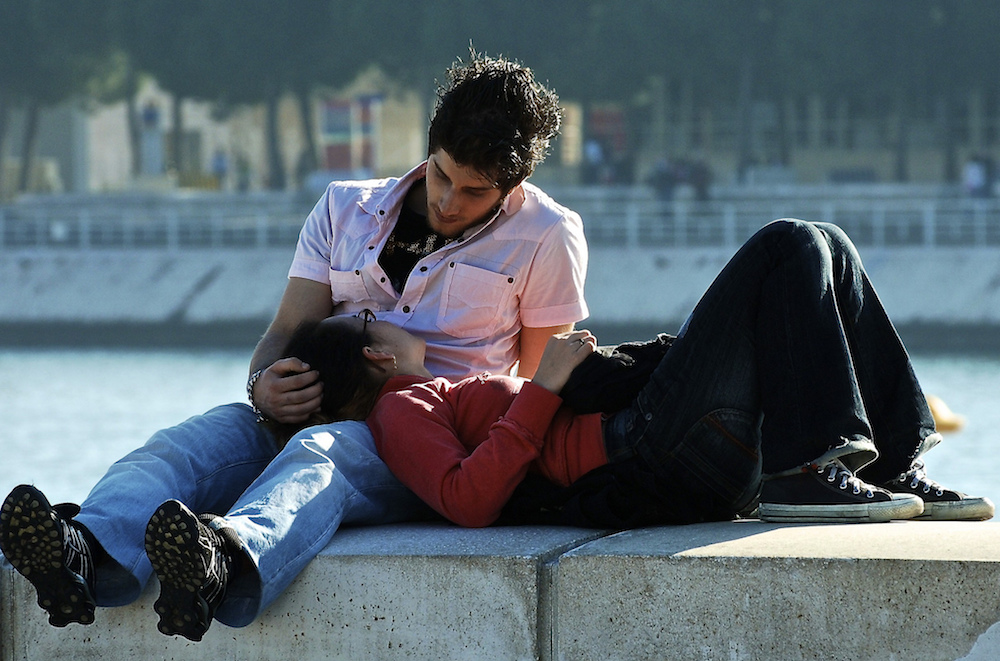 I love both my mom and my boyfriend dearly. But I can’t tell her about him because we are from different faiths. I don’t want to hurt either of them. #NotMyLoveJihad

In a society that puts honour above the wishes of its women, it is no surprise that having a relationship outside of one’s community, caste, religion, or even sexuality other than cis-het relationships is frowned upon. Such couples can at the least face trouble from families, and at the other extreme face serious consequences like honour killing.

Women’s Web presents #NotMyLove Jihad which shows the choices and nuances in such relationships, countering the toxic narrative of Love Jihad, where couples are hounded for their choices in love: a series of personal stories from such women, who want to declare: #NotMyLoveJihad. You can send in yours too, at [email protected] These will be published under your name or anonymously, if you so wish.

The worst kind of war is when one love fights another. You can’t choose one and discard the other. Both matter equally and give your life meaning. What do you do in such a situation?

Being a psychologist, I know that we are all on a continuum when it comes to feeling emotions and having empathy for other people. But my father is definitely on the other end of the continuum where they feel little to no emotions. He has been extremely selfish and self-centered. As a normal human in an abnormal house, my mom compensated and loved us to match the love we should be getting from two parents.

The result was that I’m insanely attached to my mom, despite her faults. What are her faults? She puts the upkeep of the house and the good of the family above her own health, and can be very stubborn. The result is that over time, her body has given way and she has multiple health issues. My elder brother is busy lecturing her about her character flaws which have resulted in her current problems. The younger one is stewing in his own shit. And then there’s me, trying to overcompensate by giving the love that three children should be giving her. Family patterns, like history, repeat themselves in a morbidly funny way.

Things were going okay. I was fighting for my mom’s rights and my own and my fiery feminism ensured that I got a post-graduate education and “got to do” a job as well. But then I met someone, almost by chance, who threw this delicate balance into jeopardy.

I had been having a long-distance relationship with this rather absent guy in Kashmir, and the main reason I held on to him was that he was “fairly” modern in his views and Muslim. I thought, if I can make this work, I’ll have a Muslim guy to marry and won’t have to face hell from my family. Oh well. I guess I was a middle-path sort of a person.

But it hit me after two years of seeing him on and off, that he wasn’t for me. He wasn’t made for relationships, and he said as much. I wanted to see how I was for the market, so I downloaded tinder. I was still looking for Muslim guys there as well, but then after a lot of moral policing on their hands, I decided to no longer have a religious filter and just have a fling. I came across him almost by chance. Let’s call him G. What caught my eye was not his picture, but his bio. “Instead of keeping up with the Kardashians, keep up with a book”.

Jackpot! I always thought that Keeping up with the Kardashians was just an imported version of Bigg Boss. I am glad someone finally acknowledged it. And he loved books too!

We started speaking. The spark was slow but continuous. We met, and it went so great, we kissed on our first date. THAT – had never happened before.

He had his demons. He was a football player, but perhaps no one grieves as much as a player with an injury. In a country like India where we don’t cover our players in their bad times, slipping into depression is easy. He was struggling to get back but he knew he was older than the lot that gets picked and neither did he have “contacts and sources” like some other co-players of his. District club football reeked with corruption and invariably, he had to accept that this won’t work. He started looking for jobs and became a text commentator for a sports company. That wasn’t the only demon in his life though. He had a hard life before, having been a junkie. His belief in people was shaken because of the many friends and acquaintances who had just stopped caring or fallen out of touch. Somewhere, he was not sure of himself and that drove him to test people, which drove them away.

While he was helping me to be confident around my family and my friends, and speak my mind, I was helping him battle his anxieties. I suggested a therapist, and he started seeing her and got a lot of help. We were mutually healing each other.

It’s been over three years now, and our love and enthusiasm is still as good as the start. We’ve had our fights and disagreements and found ways to give space and smoothen wounds. We are so used to each other, that it’s impossible to imagine a life without the other.

And I wish that this was followed by a happily ever after. We settle careers and get married or move in at some point.

That’s where my love for my mom comes in. Dad has been so bad to her and cheated on her so many times, that we are looking to separate from him. But even if we do and even if what dad and my brothers think no matter impacts me or matters to me, will I be able to deal with my mom’s rejection?

If there’s one thing mom is, she’s religious. Would she be dead against this relationship? Or would she see how happy he makes me and be okay? And if she doesn’t approve, will I be able to live with the guilt of crushing her only hope? She has told me so many times that the freedom she got me, for my studies and work, has cost her a lot and I should not backstab her with any upsetting news. She’s also told me how she has more or less given up on my brothers and I’m the only child from whom she can expect anything at all.

Will she see my love as a betrayal of her? Or will she see it as an extension of the same feeling of care and warmth that she has taught me with her own love?