Dolores O’Riordan, the lead singer of the noted Irish Rock Band The Cranberries passed away recently. Here is a heartfelt tribute. 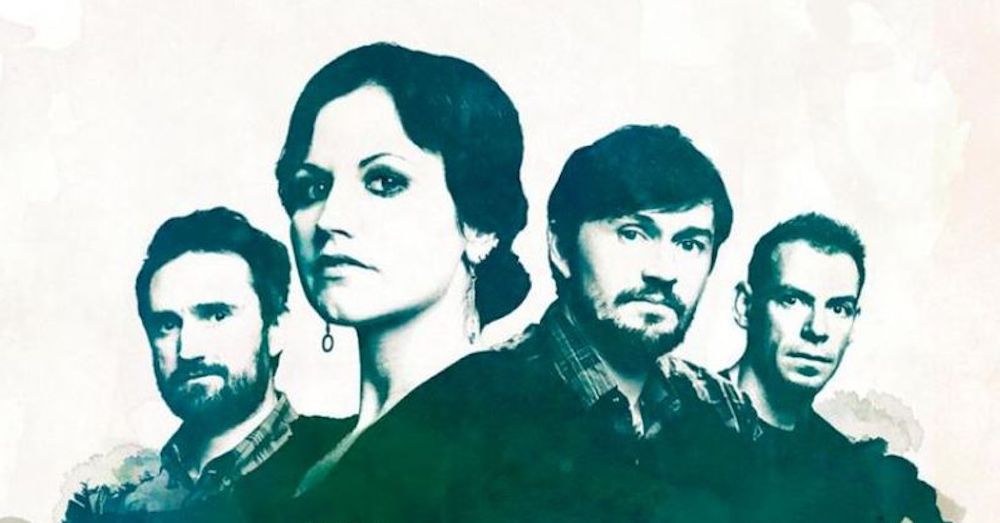 Dolores O’Riordan, the lead singer of the noted Irish Rock Band The Cranberries passed away recently. Here is a heartfelt tribute.

On Monday, 15th January 2018 we woke up to the news that Dolores O’Riordan, the lead singer of the noted Irish Rock Band The Cranberries had left the theatre of life. She was only forty six years old, nowhere close to death.

According to her band she was in London for a recording session where she died.

Born and brought up in Ballybricken, in the countryside near Limerick to Irish parents Terence and Eileen O’Riorden she was the youngest of all her seven siblings. She was the lead singer and song writer of the rock band The Cranberries for thirteen years. The band took a break in 2003 and then again reunited in 2009.

A style icon sporting a puck cut hair O’Riordan, in the 90’s auditioned for the band The Cranberry Saw Us (which was later named as The Cranberries) and won the title of lead singer. The band released several hits till the year 2002. After a long break it was in August 2009, O’Riordan announced the reunion of the team and went for a world tour to promote her solo album No Baggage in New York City on 101.9.

She married Don Burton, an erstwhile tour manager. They were married for twenty one years and the couple had three children: son Taylor aged 20, and daughters Molly aged 16 and Dakota aged 12. The marriage ended in divorce and the children are now settled with their father in Canada.

Beautiful, extraordinarily talented and honest, she battled depression throughout her career; once she almost killed herself in 2013. She was also diagnosed with bipolar disorder in 2015 where she struggled to pull herself out of it. She had eating disorder and also took to alcohol and was also a victim of child sexual abuse when she was a little girl. That sex abuse might be one of the reasons for her depression. In the year 2017 she also suffered from such acute back pain that she was forced to cancel her gigs. Her devastated bandmates also confirmed that she was severely depressed several weeks prior to the death.

She was seen with her boyfriend a couple of days before her death. The relationship came into the picture after New York based musician Ole Korestsky posted a picture of the couple on Instagram with the caption: ‘NYE: take away, TV, pajamas.’ It was a two year relationship where the couple played in O’Riordan’s latest band D.A.R.K and they were spotted on their night outs in Ireland holding hands as if they were made for each other. She was seen last active on twitter holding a cat with the caption, ‘Bye bye Gio. We’re off to Ireland.’

Though the cause of her death is still unknown, what we also didn’t know was she was a very good mother to her children and always felt calm when she was off the stage. She once said to the Irish News: “The best time in my life was the years spent at home with my family. I love being a mum. My kids don’t see me as a famous person, or have any kind of expectation; I’m just their mom”.

Her bandmates Noel Hogan, Mike Hogan and Fergal Lawler tweeted: “We are devastated on the passing of our friend Dolores. She was an extraordinary talent and we feel very privileged to have been part of her life from 1989 when we started the Cranberries. The world has lost a true artist today”

Dolores O’Riorden had a God-gifted voice yet she died. As a woman, I write a short tribute to her that one day I too will join her as we have only one destination. Some reach it early and some later but I have a message to the society as well.

The first message: please be careful pedophiles, we have reached our threshold level of patience. To all parents, please ask your children to open up with their stories, be friends with your child, explain to them the touch factor; they shouldn’t be a victim and they should stand with a head held high.

The second message: please seek help when you suffer from mental ailments. It is not a taboo, open up, reach to a psychiatrist and also take help from a professional counselor. Share your sorrows with them, they will understand your demons and I promise you, you will heal. Fight out your battles so hard that even death gets scared of you.

The third message: we have heard of lots of celebrity deaths. As an ordinary woman I would also appeal that they too are ordinary souls, do not expect so much from them. Give them space. Let them also enjoy peace and happiness. The hard work takes a toll on their health in the same way it does for us when we deal with our daily chores. It is not easy, help them. They are humans, not robots. Music isn’t a competition so don’t judge them; leave them in peace so that they too can smile like us ordinary souls.

Dolores O’ Riordan, you are no more but you gifted us your songs which will live in us forever.

Live another day. Climb a little higher. Find another reason to stay. Don’t you say you want to run away. Stay happy Dolores, wherever you are.