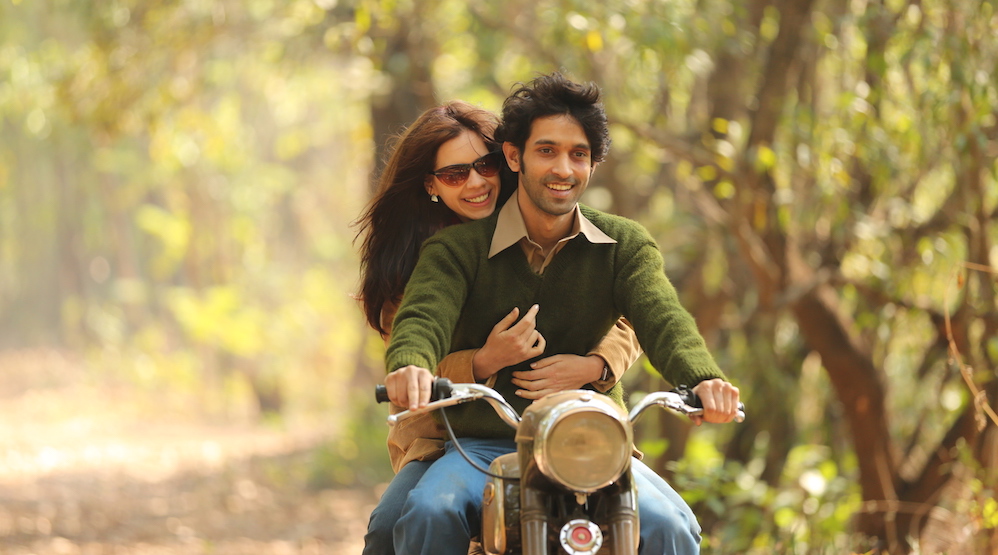 A Death In The Gunj By Konkona Sen Sharma: A Movie That Highlights The Plight Of Soft And Sensitive Men

Once in a while we come across movies that leave such a profound effect on the audience that one cannot help but keep thinking about the story and its characters even days after finishing watching it. A Death In The Gunj by Konkona Sen Sharma is one such movie that took me a whole week to come out of its magical spell to focus on writing the review instead.

A Death In The Gunj begins with a road trip from Kolkata to a sleepy town called McCluskiegunj  in an Ambassador carrying Nandu, his cousin Shutu, Nandu’s wife Bonnie, their friend Mimi and their daughter Tani to visit Nandu’s parents – the Bakshis. Shutu has recently lost his father and is still coming to terms with it. Soon they are greeted by Nandu’s childhood friends, Vikram and Brian who reside in the town as well. Shutu is a sensitive young man guarding secrets of his own. He turns out to be the odd one out in the group of grown ups. He is mostly singled out by the aggressive and sadistic Vikram who gets a kick out of scaring, bullying or at times, even abusing him. While the women sympathize with Shutu’s delicate nature in the face of Vikram’s aggravated aggression, the men simply feel that he needs to grow up and face the world. The only friend that Shutu finds in the family turns out to be the little Tani.

Mimi and Vikram have a past. In Mimi’s emotional roller coaster ride, Shutu turns out to be a pawn in baiting a bigger fish. The winter of 1970 in the sleepy town was meant to be the perfect occasion for a family get together for the Bakshis. Instead it turns out to be the base of volatile emotions ready to explode any moment. As the story unfolds in the movie, the layer of emotions gets peeled off to reveal the truth, leaving us with a haunting climax at the end.

Konkona Sen Sharma, one of the finest actors in the film industry dons the hat of a director and story writer in this movie. And what a master story-teller she turns out to be! This movie feels like a visual story unraveling. It is unhurried (I prefer to stay away from the word slow since it has a slightly negative tone) because the characters are based in an era where people operated at a relaxed pace and interacted more with each other, not through social networking sites or gadgets. The story looks simple on the surface but there is a plethora of subtle emotions running underneath it.

The music by Sagar Desai fits the frame. There are three songs and each has a connect to the story. The location and background for the plot deserve a special mention.

All the characters have been etched out in detail and at no point do they come across stereotyped into the hero or the villain. Vikrant Massey as Shutu is so convincingly endearing and sincere in his role that there were moments that I wanted to reach out to him to console or comfort. There are instances in the movie where he doesn’t say a word, yet his eyes bring out his emotional turbulence on-screen. Gulshan Deviah and Tilottoma Shome are restrained and balanced in their efforts. Kakli as the impulsive, temperamental Mimi is a delight to watch. Ranvir Shorey as Vikram is mind-blowing. I was almost sure of my apathy towards him until the climax which brought out a different shade of his character.

A Death In The Gunj explores: “Boys don’t cry”

Almost every character in the story is aware of the fact that Shutu is still coping with his father’s death and needs help; yet, no one reaches out to soothe him. Always a meritorious student, his grades have started slipping so badly that he decides to run away from his grieving mother. His aunt Anu comes to know of it and tries sending him back to his mother but with minimum involvement. in one of the scenes, his cousin Nandu finds him sobbing in one corner on a cold, lonely night yet all he chooses to do is to tuck him back in the bed instead of talking to him about it. His sister-in-law voices her opinion on Vikram bullying Shutu to her husband but chooses not to take any stand on it. Mimi conveniently uses Shutu for her benefit as per her needs.

Instead of talking to Shutu and understanding his problem the family chooses to ignore it or ‘make a man out of him’ in the conventional way. Boys in our society are usually raised with the  preconceived notion that they need to be strong, they need to keep their emotions under check (the typical Boys Don’t Cry attitude) and they need to take care of the family. In the process of adhering to such set beliefs, many a times a sensitive and caring boy like Shutu is lost. Their soft and nurturing nature is labelled as a weakness by the society, especially by those belonging to their own gender. They end up being hurt and bullied so badly that they are left with no alternative but to think of extreme consequences. Through this movie, the director has beautifully peeled off layers off emotions to make the audience sit up and think about souls like Shutu who deserve to be cared for, nurtured and celebrated instead of being looked down upon or mocked.

Overall, A Death In The Gunj takes us back to that era where story and script was given precedence. It focuses on an issue still not considered of much importance in the society, in a subtle way. It leaves a mesmerizing effect for a long time making one question our society and its rules. I consider this to be definitely one of the best movies of 2017 and recommend it as a must watch. Kudos to the director for the brilliant handling of a beautiful and sensible story.

Making A Difference, On A Path Less Traveled