The Virushka Wedding Stole All My Time, But I’m Not Complaining!

Are you one of those who has spent countless minutes following the news around the Virushka wedding? This unabashed fan mail will resonate with you! 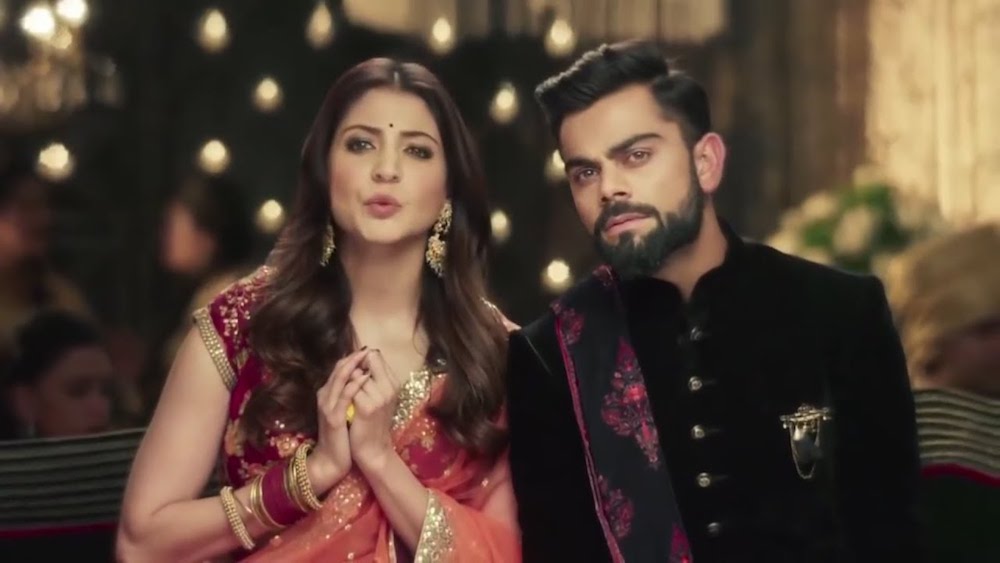 Are you one of those who has spent countless minutes following the news around the Virushka wedding? This unabashed fan mail will resonate with you!

Heartiest congratulations and dher mubaarkaan on your fairytale wedding, dear Virat and Anushka. While your fans all over the world are elated to the core and have been calling you bade and chhote bhaiya and bhabhi, I would like to address you Viru jijaji and Anu didi! (No, no don’t take it wrong, jijaji – even though I am from your maiden city, I actually share my last name with Anu didi, so a stronger bond there from the ladki waaala side:))

Now ever since both of you tweeted those golden words at the precise moment, the nation has literally come to a halt as if in a trance and is simply beaming with the joy of you two getting hitched! We have literally sat, ate, drank and breathed your wedding so many times in the last few days. Awww! those first pictures — you looked so much in love with and in  awe of each other — made for each other, a big touchwood!

You two have robbed us of all our attention(also to mention the time which seems to have become a fluid commodity not to be tracked) and still not stop vying for more of those enchanting pictures, details and sneak peeks of your fairyland wedding! You have spiked the nation’s desire to get married suddenly. And as you announce that the pictures from your wedding would go on for charity, I am just filled with a kind of respect and admiration!

My neighbour Kohli aunty’s phone has been busy since Monday evening — she has been calling each one of her family and friends to share and boast so much so that it is difficult to comprehend if she is talking about your marriage or a wedding in her own sangh. So much is this bond full of love and admiration, that even at my home, mummyji has been multitasking between her WhatsApp and TV channels lest she should miss seeing anything around your ceremonies from mehndi and  ring ceremony, to the wedding!

I must confess the envy and awe that the venue of your Tuscany wedding has smitten the young girls back here in des with. The media is giving us numbers on how many artisans, days and time went in crafting the beautiful ensemble and looks you wore — but I must tell you not even a fraction of that went by when on the FB groups of Delhi and NCR (Uttam Nagar, Paschim Vihar and Gurgaon) pictures of look-alikes of Anu didi’s jewellery and dresses were flashed. (Viru jijaji you have a connection with these places, but this was too quick even considering that:))

Your shaadi is a wonderful union of two things we Indians are deeply crazy about — cricket and the Bollywood. Aptly being called — Marriage of the Year and Shaadi of the decade, you guys surely have made this shaadi season special and spicier. Though we have invitation cards from five other families and friends to attend this December, but everyone’s dil has a new desire now to attend the Delhi chapter of your reception on the 21st. In fact, to share a secret — I am already in conversation with a neighbour, to get me a back door entry or a sneak preview at the Taj— all for the good cause of showering the love and blessings of all the dilwallas and dillwallis whose heart has been beating faster in love of you both!

I hear that Cinderella and other princesses’ story books are soon going off the shelf! They would be replaced by your story. The teams are contemplating a beginning something like this — “Once upon a time not many years ago, there was a prince who met a princess on a dandruff advertisement date. They danced together, liked each other and then fell in love. Their love went through the storms and tsunamis but they stood by each other through thick and thin till they tied the knot in a dreamland destination under the Tuscan sun!” Please suggest changes if you wish to. I guess your children and mine  would be happy to read and connect with something which is more contemporary bidding adieu to the Cinderella and her likes!

The Manyavar team is a little disappointed as you chose Sabyasachi over them for your D-day but the team behind their advertisement is all basking in glory as your ‘Naye Vaade‘ are a super duper hit. Not just that, we hear that your cute conversations and promises have been agreed to by the pundits to get a place in the revamped vows during the pheras of Indian marriages from now on!

Your nuptials have also given a few people shocks and complexes. The female cricketer from London who proposed to Viru jiju four years back has tweeted congratulations but she is actually heartbroken. Harry and Markle have felt serious competition at the fan following, viewership and coverage of your news when compared to their engagement last month! And as if that’s not enough, back home the sudden news of your marriage and the subsequent media coverage has completely overshadowed the other events including the clan of Raga, Shah and Modi!

But in spite of all of the above and also the fact that you have robbed me of my trillion seconds, million minutes and so many hours in the last few days, I am head over heels in love with you! You resonate with millions of young Indians and are an epitome of hard work and aspirations! Both of you with your middle class background and ethos, have worked hard in your respective fields to reach where you are today. Definitely the ‘first and the power couple’ — whom all the fans here are eagerly waiting to welcome!

Wih lots of love and blessings from your fans here, best wishes and cheers to your new beginning!