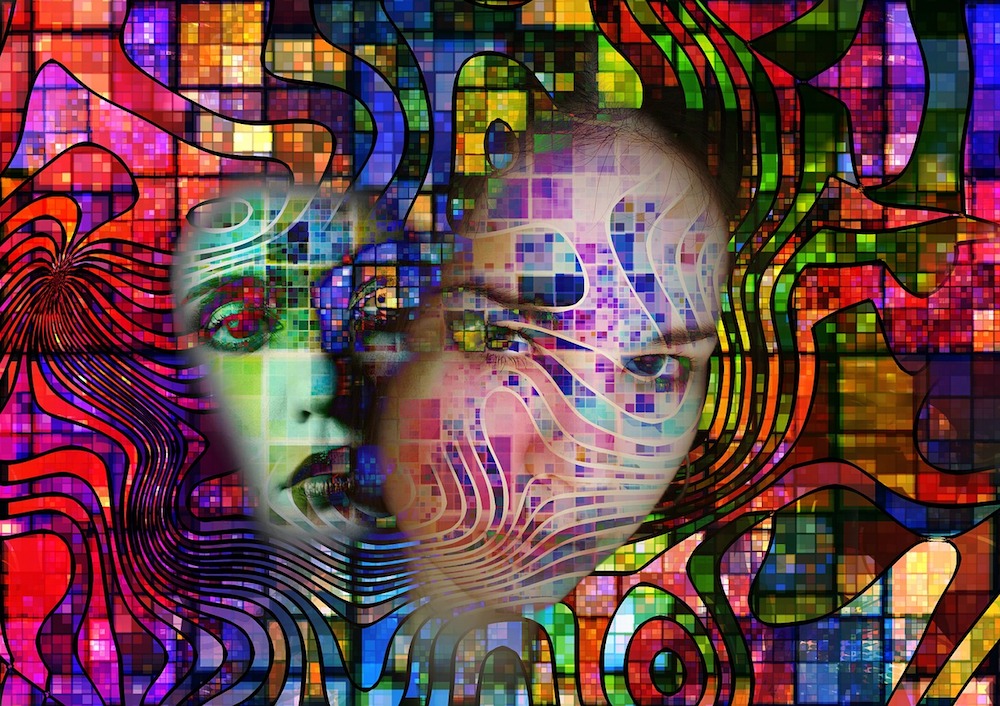 Saira was back from her college when she spoke to her mother “I saw that ghost again, Shekhar’s ghost is stalking me. He won’t leave me he said. He also said I cannot love anyone else. I am only his.”

Saira is a young woman of twenty-one. She studies Psychology in a reputed college in South Mumbai. She is beautiful, talented and also in a relationship with Zairus. Saira’s mother runs a boutique and is also famous for throwing weekend parties, a true socialite. Saira’s stepfather is an entrepreneur who travels for his business but stays in town ten days a month. Saira’s parents divorced when she was a little girl of ten. Her mother got her custody and she remarried Saira’s stepfather Arshan. A picture perfect family where they have plenty of money but there was something else too.

Who is Shekhar? Saira had been in an abusive relationship with her first boyfriend Shekhar. Shekhar came from a wealthy family; all was good when Saira figured out he was a druggie. Saira tried her best to cure him of his addiction, but she failed. She broke up with him, soon after which Shekhar too bid a farewell to life with a drug overdose.

So now the readers know the characters. Saira started a new relationship with Zairus but she was unable to get over Shekhar. The impact of his death took a toll on her.

The first symptoms were the hallucinations. She saw Shekhar everywhere. She spoke to her mother on Shekhar and the ghost, and all the mother did was to ignore her and say, “No big deal. It happens. You need to move on. Shekhar is gone. You are just unable to get over your crush.” The hallucinations reached to such extent that while watching a movie with Zairus she had to run out of the hall. Zairus ran after her, but she couldn’t tell him what was playing in her mind as she feared she would be abandoned by Zairus. But one more thing happened.

Her stepfather, Arshan, suddenly turned very affectionate towards her. It was a weekday and the mother was out. Saira was at home with Arshan one day. Then came those ghosts. Unable to bear the silent screams of her mind she reached out to her stepfather. Arshan was having his Scotch, watching a movie, when she said: “Shekhar is back, he is asking me to join him, shall I go, and shall I take my life?” With those piercing eyes, Arshan reached out to her. Clutching her firmly with his beastly hands he dragged her to bed. In a state of trance, Saira followed without a complaint. It was when she was about to get raped that she came to her senses. She howled, she screamed, she hit Arshan, she kept yelling till the neighbour heard her voice and came to her rescue. End of story? No just beginning of narration.

Did you hear me, people? I am Schizophrenia.

Schizophrenia is a mental issue that usually hits either during late adolescence or early adulthood. It emerges with delusions, hallucinations and psychical strain and can turn into an immutable affray.

The detection of this disorder largely depends on the behavioural pattern of the patient. The two major parameters include Hallucinations and Catatonic behaviour. There are other factors also and in that case, one needs to peel off the psyche level layer by layer and go deep in the mind of the patient.

Who can get it?

Explains NCBI: “Schizophrenia typically presents in early adulthood or late adolescence. Men have an earlier age of onset than women, and also tend to experience a more serious form of the illness with more negative symptoms, less chance of a full recovery, and a generally worse outcome […]. A large and comprehensive study showed that rates of schizophrenia in African-Caribbean people living in the UK are six to eight times higher than those of the native white population […]. Environmental and social factors have been implicated in this increased risk, and intriguingly the risk of schizophrenia in migrants is greatest when they form a small proportion of their local community”.

So how can Schizophrenia be treated? Here is some information: “Mental disorders such as schizophrenia are very complicated and often cannot be treated successfully by using just one type of medicine […]. Different people will respond differently to different treatments. Management of the treatment is usually carried out by one of the professionals associated with the case, most often the psychiatrist but the outcome of a successful enduring recovery is more assured if the person with schizophrenia takes some responsibility for their recovery and plays an active role in the management of their treatment[…]. Finding the right medication at the right dose alongside the most useful talking therapy can take time. Patience is needed along with an understanding that the psychiatrist and the psychiatric nurse do not have all the answers. Different doctors tend to have different approaches to prescribing. Some like to stick with the medicines that they have used successfully in the past whereas others will try out the latest new antipsychotics.”

Report WebMD archives on the death caused by this mental disorder: “June 22, 2009 — The mortality rate among schizophrenics is four times higher than in the general population, with suicide being the No. 1 cause of death”.

The antipsychotic drugs are easily available, but can be bought only after being prescribed by a psychiatrist. An overdose of antipsychotic drugs can lead to death. Along with medication, the patient needs support from the family, counselling is also required, along with proper diet and exercise. It is also advisable not to keep the patient alone till s/he gets over the suicidal thoughts.

Several doctors have shared their survival experiences, reports NCBI:  Carol North, MD, was one of the earlier psychiatrists to self-identify as having been diagnosed with and treated for schizophrenia. Her book, Welcome Silence: My Triumph over Schizophrenia, details her experiences as a young person diagnosed with schizophrenia and having the delusions and other symptoms associated with the condition […]. Dan Fisher, PhD, MD, was another early voice of a person who had been diagnosed with schizophrenia and began to stress the fact that recovery from schizophrenia was possible, if not likely. Fisher had been initially diagnosed with schizophrenia while working as a research scientist in the 1960s. Despite this diagnosis and multiple hospitalizations for this condition, Dan was able to earn a second doctorate, this one in medicine, and went on to complete a psychiatric residency at Harvard University. Although Fisher only gradually disclosed his history of being treated and diagnosed with schizophrenia he later became one of the appointed commissioners on the President’s NFC on Mental Health […] Elizabeth Baxter, MD, is a psychiatrist who identifies herself as being diagnosed with schizoaffective disorder. Baxter relates that she has been hospitalized several times for her psychiatric condition, twice toward the end of her psychiatric residency training. She relates that at one time her doctors indicated that the most she “would ever recover would be the ability to put objects into boxes on an assembly line […] attributes her recovery to her persistence, the encouragement of friends, family and caregivers, and spiritual growth.”

I had a word with Dr Amit Desai, MD Psych, Med, is one of the best psychiatrists treating mental disorders since past several decades. He practices at Jaslok Hospital and is a very senior mental health professional. During my interaction with him, he pointed out – a patient dealing with Schizophrenia needs medication, if cases are acute then it should be taken lifelong same like blood pressure and diabetes. Patients and their family members often don’t realize the problem and when the hell breaks loose they run for help. Along with antipsychotic pills, he also points out that counselling is mandatory, and also one should not leave that patient alone till s/he stabilizes. The pills start their action after a brief period of seven days. The process is slow and also painful, and can have side effects. So initially the patient needs to be in touch with the doctor.

So what happened to Saira?

Saira gradually withdrew within herself. Sometimes she turned hostile, and her eyes were devoid of emotions. She started speaking weird words which she had never used in her life. Zairus left her in that condition, branding her as MAD. Eventually, Saira’s mother broke up with Arshan when she realized he had a strong fetish towards younger women. Not only her daughter, he had also brought home several young women when he was in town in her absence.

Though the mother initially misunderstood Saira, she ran to Jaslok hospital when Saira cut her arteries unable to bear the mental ghosts. She was diagnosed with acute paranoid schizophrenia and was hospitalized for a month to counterpoise her. Her case history revealed she developed this illness from the time her parents got divorced. She loved her father and wanted both the parents to stay together. Shekhar’s death only triggered the illness; it was just a small factor. Saira had to stop her studies for a brief period and then resumed after a year. She is still on medication and under the constant watch of doctors and counsellors.

I have just narrated one Saira since I have handled her case. There are several noted personalities dealing with this curse called Schizophrenia.

My sincere appeal to all: please understand the patient and seek medical help. Do not wait that long till the victims take their life. Not worth it. It’s your life and a gift of GOD. So live your life and embrace the challenge which almighty has thrown at you. Mental illness is not a taboo. Speak up and conquer the curse called Schizophrenia.

Disclaimer: It is a true survival story where the author has handled the patient. Name changed to protect identities.

To Divorce Or To Remarry – It Was Saira’s Choice