The movie Toilet Ek Prem Katha throws up questions about women's right to make their own decisions. No, it's about so much more than a toilet! 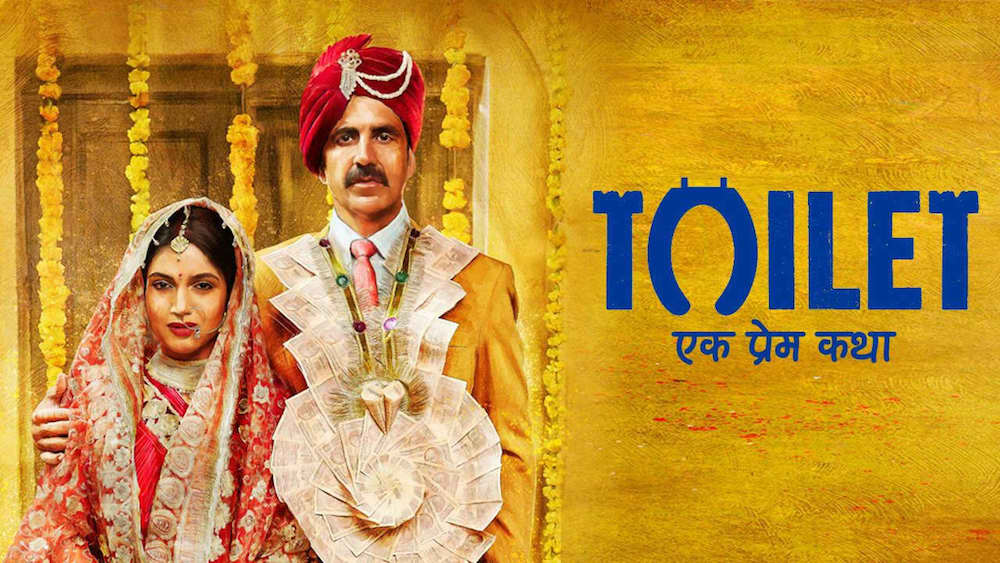 The movie Toilet Ek Prem Katha throws up questions about women’s right to make their own decisions. No, it’s about so much more than a toilet!

Moving out of the movie theatre after dedicating important two and half hours of my day, I felt as if something fruitful had happened. As the name suggests, Toilet: Ek Prem Katha revolves around the struggles faced by a newly wed couple when the wife comes to know that her marital home doesn’t have a toilet. Being an educated woman and moreover sensitized to the ill-effects of not using a toilet, she is not ready to adopt the practice of open defecation. She has the support of her husband who is fond of quick solutions or shortcuts to a problem, and finds many different ways to make her use a covered toilet instead of understanding the real problem women face because of this practice.

We come across many examples where couples adjust to family needs and accept unjust rituals for the sake of peace in the family. In this movie too, we come across many incidents where the couple finds easy but fake solutions to deal with superstitions rather than directly fighting the wrong beliefs of the elderly.

But, as the movie moves forward and easy solutions are devised for using a toilet, it takes a U-turn leading to the separation of the couple.

From a feminist point of view there are definitely a few loopholes like the scene where Jaya’s (Bhoomi Pedneker) father says to her mother that a woman is another woman’s biggest enemy – which is not true; women are brought up with a view that they are incomplete without a man; they are made to think that man is their protector and if with this view a mother asks her daughter to adjust in her husband’s house then she is definitely not her enemy.

Also, there was a scene where Keshav (Akshay Kumar) who earlier had said that he does not differentiate between a man and a woman later asks his wife to adjust to the family culture as all other girls do. He even criticizes his wife for being too adamant infront of his friends and says that because of her, his life is wasted. This again is not entirely wrong on his part as saying that one doesn’t differentiate is much easier than actually believing in it. The society we grow up in moulds us in a way that we differentiate unknowingly. However, Jaya offers a bold reply that trashes this belief; she says, “I am also following something since I am born’ then how could you ask me to change when you cannot change yourself for betterment?”

Toilet Ek Prem Katha: Here’s Why Its Worth A Watch The best part of the movie was the satire it creates against the orthodox beliefs of the society which are followed in the name of tradition, which is indeed a bold step for Indian cinema- however,  the satire was coated in the beliefs of most of the viewers.

No doubt it is mostly the upper and middle class urban or semi-urban population who gets access to the movies more easily, and indeed, anyone can enjoy and accept the movie while shrugging their shoulders saying that it isn’t their situation. Most people will like the movie for being funny and having many punch lines; others will say that yes, the movie is right as sanitation facility is a must (according to their own belief) and that we have it but rural people should also adopt it. However, most people will not say that our cultural practices need to change.

Our culture which is derogatory and oppressive towards women needs to change and these practices are followed even in our big cities like a preference for long hair for girls, the unequal distribution of household labour, the use of sindoor (vermilion) and other identity marks on a woman, the unacceptability of love marriages and widow remarriages, and the presence of festivals which exclude widows like karvachauth, the lack of choice for marrying or having a baby, giving a young 5 year old brother the power to protect his 12 year old sister by tying rakhi, giving away the daughter to someone like an object in a kanyadan, the taboo around child adoption, and the list is endless.

We as viewers need to review our beliefs and then follow them with open eyes instead of just continuing to follow them for the sake of the elderly; we need to stop shrugging it off in the name of peace in the family, as being right doesn’t depend on one’s age and there is no shortcut to solve any problem.

Another important thing which I would like to point out is the scene where Jaya speaks some strong feminist dialogues to the women of her village who were going for open defecation. She was born and brought up in that village and yet it seemed as though she never observed it as an issue for other women since she herself was using a closed toilet; only when she came across the situation in her own home did she see it as a problem for herself as well as for other women. One of the dialogues in the movie by the Chief Minister of Uttar Pradesh is truly well-said that one can feel the pain of others only by going through it; this I guess justifies Jaya’s stand as well.

So women, tie up your belts to fight the rituals which take undue advantage of you as no one else can feel your burden like you do. The time will come where everyone will be against you and you might need to take some independent and bold decisions; you will be the best judge of your decision but just remember for whom you are standing up and what impact your decision will make on other women. Is it for society? Is it for the nation? Is it for the cause? Is it for all women? Or is it just for yourself and your family? 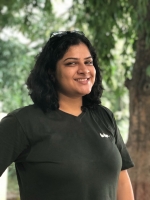 Swacch Bharat Mahaan But No Public Toilets For Women Outdoors!

Men don’t face any consequences for doing it openly but women suffer from a lack of public toilets, especially if they work in outdoor spaces such as shops, markets or construction sites.

Men don’t face any consequences for doing it openly but women suffer from a lack of public toilets, especially if they work in outdoor spaces such as shops, markets or construction sites.

In many parts of the world, women aren’t found in the public sphere as much as men and the reason for this is that the odds are piled against them. For starters, society expects them to do only certain jobs if it allows them to work at all. And then they have to put up with work spaces that lack basic facilities like toilets – men find it easier to deal with this because hardly anyone would bat an eyelid at a man doing his business completely out in the open.

T. Nagar, an area in Chennai is no different – it too has a gendered aspect when it comes to public places. Now, T. Nagar is particularly interesting to talk about because it is unofficially thought of as the Commercial Capital of the City. It is almost a city in and of itself with diverse places of religious worship, a population of both traditional and modern people who influence the growth of the neighbourhood, new eateries and traditional restaurants that are frequented by this population, parks, cricket grounds, sabhas (which host famous Carnatic singers) and the thing it is most famous for – shopping places.

Say it loud and clear, ladies, that what you need from your spouse is a partnership in making family decisions, and support in your personal decisions - not "permission".

Say it loud and clear, ladies, that what you need from your spouse is a partnership in making family decisions, and support in your personal decisions – not “permission”.

While interacting with people, one thing that I often come across is, most men think they are good husbands if they have ‘given permission’ to their wives for everything they have asked for. Similarly, most women think their husbands are good if the husbands have always permitted them to do what they wanted to do.

I have often asked these men if their wives have also given them permission whenever they wanted to do something, and I get a look of bewildered astonishment. I have asked women if they too give permission to their husbands whenever they ask for it, and they look shocked, and one of them even said this is not how things happen in life.