In the latest development on this so-called love jihad case, Hadiya stated her wish to live with her husband and denies her conversion to Islam as forced. 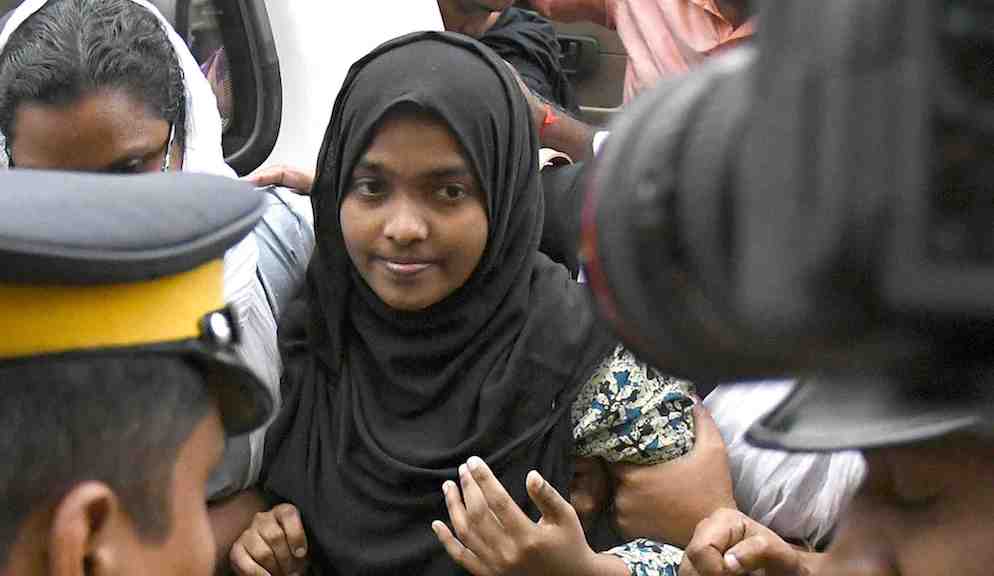 In the latest development on this so-called love jihad case, Hadiya stated her wish to live with her husband and denies her conversion to Islam as forced. What next?

The Hadiya case has been doing the rounds for months now, and the most anticipated final hearing is coming up today, i.e., the 27/11/17. But preceding this hearing, Hadiya (previously Akhila) made her stance clear to reporters on the evening of 25th November.

“Nobody forced me to embrace Islam. Shefin Jahan is my husband and I want to live with him. I am a Muslim and I want justice” – as reported in an article by The Hindu

If we look at the history of the Hadiya/Akhila case, it seems that the whole basis of it stems from the inability of Hadiya’s father to accept her decision because he was against it. This might come across as naive, but in India, this can totally be a possibility because of the averseness of Indian parents, in general, to treat their children as independent adults who are capable of making their own decisions – even if they are wrong.

Especially in this case, because the child in question here is a female, which means double of that reluctance. The world in general considers that women are incapable of making major decisions without being influenced by an external force. I am not saying that there can never be any cases of forced conversions, but it is necessary to keep questioning the motivations of the people involved because of the social climate that we belong to. In a country where inter-caste marriage is still not considered fine, combined with the stereotypical hate for Muslims (which is true for the whole world), plus where love marriages are still not condoned – the decision of a young woman to convert to Islam and then marry a man of her choice does not seem like a decision that an average Indian parent would receive lightly.

We may not know what the entire truth behind this case is (and everyone has the right to keep some things private), but it is surely important to ponder upon this facet of our society that seems to be entwined with it.

Hadiya, a 24-year-old, should have the freedom to make her own decisions, acting on her own judgement. The evaluation of that decision to be right or wrong is secondary. The law gives a major citizen the right to this, then I guess our families, too, should start adapting to this because it really is essential for the growth of an able person.

The final hearing on Hadiya’s future is yet to come on the 27th, and we are waiting to hear the court’s stance on this matter. Watch!

Image is a screen grab from the video