Growing up in the remote towns of UP was a very traumatic experience, and I have lived the constant vigilance that is needed to keep safe outside home. 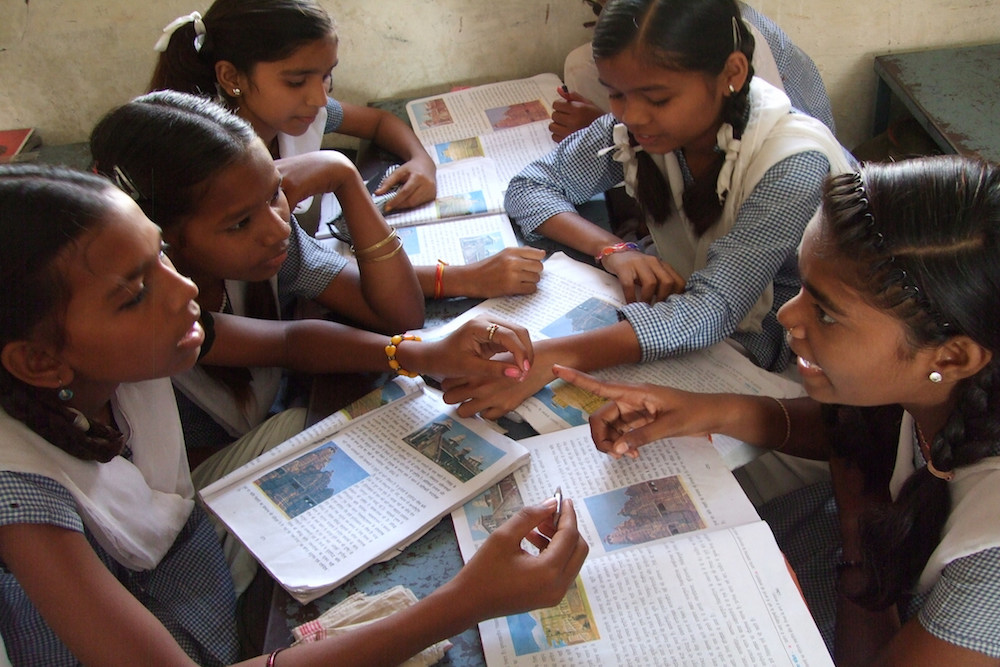 Growing up in the remote towns of UP was a very traumatic experience, and I have lived the constant vigilance that is needed to keep safe outside home.

Middle class families have changed their perspectives about daughters. It is no longer “hamne beti to bete ki tarah pala hai!” In fact, many families in urban India wish them to be successful business leaders, astronauts, Olympians, bureaucrats etc. Even though parents are very supportive, the journey to success for women in India is still tough. I will share my experience having spent most of my teens in remote towns of UP.

If you are a girl, you stop being a child once you are 10 or slightly older. You can feel so more around “navratra”, when you are not invited for “kanjaks”. First time that happened to me, I had not even attained puberty but I started fearing it. I felt that something wrong was going to happen to me.

A lot changes once a girl enters her teens. Of course, I was from a middle class background and academics were the most important. However even occasional incidents of us wearing make-up, even if fully clad in our salwaar suits, were never without a mishap. Wearing a sleeveless suit was a bold act, an act of rebellion. Many of my friends as young as 11 years could not go out alone, even if it was to visit a friend’s house across the street. They were always accompanied by a male, even if he was her 8 year old brother. I failed to understand who would protect whom in case of some unfortunate incident.

Come 16 years, every time you venture outside your home, “eve teasing” in various forms is what you experienced. SRK’s darr inspired many teenage boys; those were the days of love letters and you could easily find one in your school bag or even in your mailbox. You might wonder what was so strange about it — every girl around the world gains male attention once she comes of age, right?

Not when this becomes a threat. From catcalls of “I love you”, “ilu”, “tu cheez badi hai mast mast”, “Aati kya khandala”, many times it became dangerous. Once, while riding on my bike, I was hit on my breasts by two guys on their bikes. I was only 13, hurt and embarrassed. My male servant who was behind me must have seen this; unfortunately he could not do anything as that would have invited a fight and you never know what that can lead to. I was, of course very embarrassed to talk about it. I again felt as if there was something wrong with me.

Several times, we were chased by a group of guys sometimes on bikes or even without that. Once I also remember that I along with my friend had to knock on the door of a stranger’s house and take shelter. The stranger’s house did not comfort us as there were three men and no woman inside the house. We kept praying to God for our safety.

In narrow lanes, we were followed by unknown guys on bikes calling our names “bas aapse baat karni hai” and we kept on crossing the road in zig-zag to avoid them. The worst thing was, no one from the street bothered to help us. We were responsible for our own safety i.e. making sure we reach home without creating a scene and without getting into trouble. Multiple incidents — of men masturbating in trains or public places in front of young girls had been so common before we turned 17. Even boys as young as 13 felt that it was their right to tease and molest women. Someone once used pepper spray on a guy, but the next day she and her brother were attacked by the gang of guys. Families intervened and the girl tied a rakhee to close the matter. I wonder if the boy’s testosterones could be controlled after that, even if so it made only one girl off limits.

My mother refused to send me to birthday parties if they were after 6PM. My brother too avoided going with two of his sisters as these incidents were so common. Even if physically no harm is done, constant leering and letching was enough to scare us. Even temples were not safe places. In fact I avoided all such places like Durga Pooja pandals, temples, weddings.

By the time I was 17 and in college, I was a bit more experienced — more careful in avoiding being in such circumstances. There were so many self-imposed restrictions — only afternoon movie shows, no skirts/shorts; makeup is to attract attention so avoid it, no sleeveless, only loose fitting clothes, avoid going alone even during day time, NEVER take a road that is slightly lonely, always be watchful of who is following you. As if these restrictions were not enough, there were many more imposed by hostels — being seen with boys is a sign of bad character, hostel gates close at 7:30 PM, and many more. No one felt they were trying to curb or question the freedom of women, but only trying to avoid being in trouble or causing trouble for others.

What did this leave me with? Many scars, many bad memories of places I have grown up in. I never want to visit them again. Of course I became stronger and learnt how to better deal with such things. I now have eyes on all sides of my head; even a slight movement of men around me in public spaces triggers my extra sensory organs, but deep down it is still fear.

The first thing I wanted to own was a car once I started working, to avoid public transport. Little did I realise that even that did not suffice! Despite being in a car with two other male friends, many times we were followed and chased, yes this time by rich drunk guys in BMW. Oh yes, because now I was in Gurgaon not in a small town in UP!

Now I am older and mostly with my kid — an aunty now, and these incidents are rare as I am always with a driver. But even today I am scared if a bike with two guys passes next to me. The first reaction is to move aside. I feel privileged that I can afford such measures for my safety and always appreciate about the many women in India who battle this everyday. 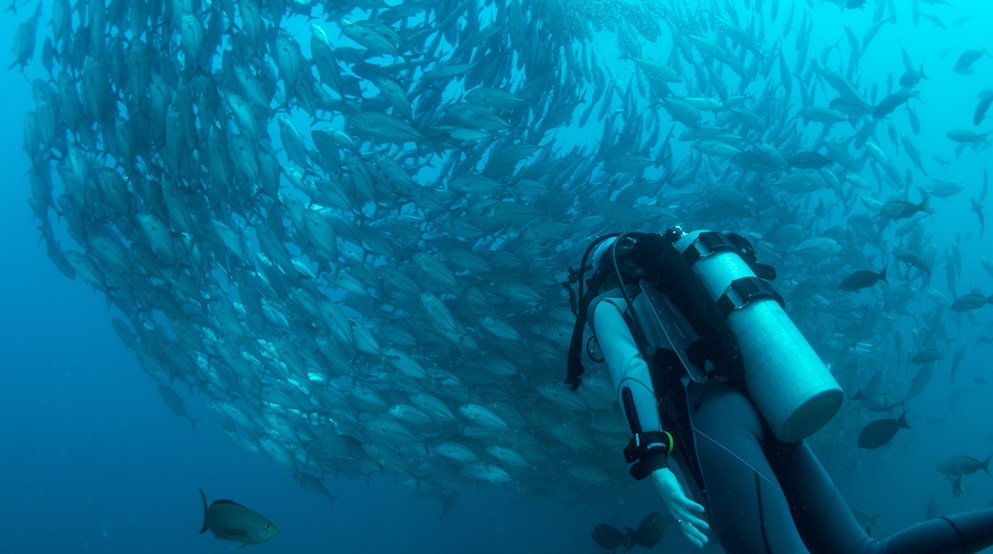 Scuba Diving: A New Sport {And World} For Women To Explore 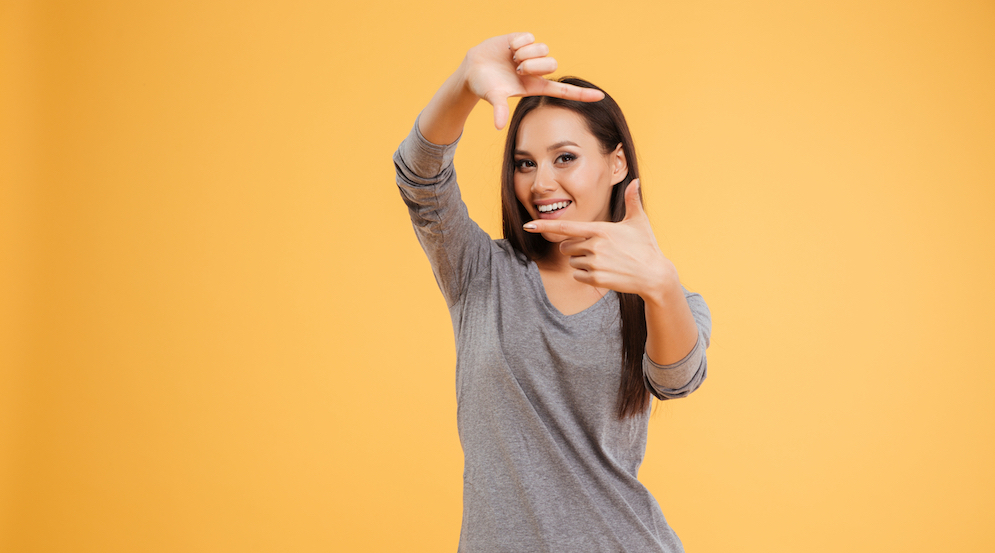 View All
No More Guilt: Exploring The Ways In Which You Can Shed Mother's Guilt
Steps To Landing Your First Writing Job - Want To Be A Content Writer?
What Are The Essentials Of Being A Good Content Writer?
Women At VMware - Meet Ipsita, Inside Sales Representative At VMware India
Women of VMware - Meet Afifa Hasan, Enterprise Sales Account Manager for VMware India
Women Of VMware - Veena Chandrashekar, Director, Inside Sales Practice
Fitness & WellnessHumourReadSocial Issues

Back Off. Just Leave Me Alone. Period!

Periods. I think we owe ourselves the time and comfort of not being bothered by others when our hormonal swings are murder. Don't you think so? 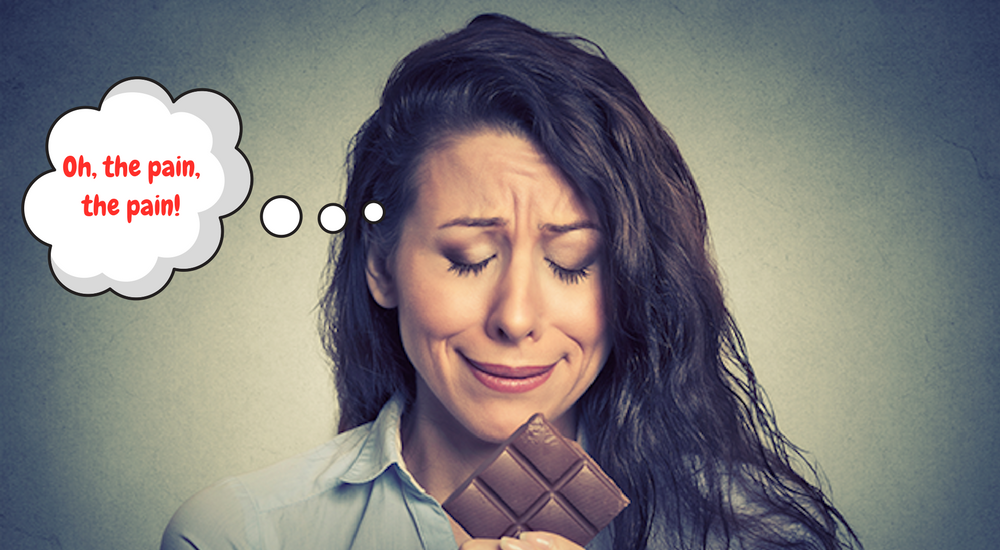 Periods. I think we owe ourselves the time and comfort of not being bothered by others when our hormonal swings are murder. Don’t you think so?

Good Morning people. I guess the general tone and tenor of what is to come is quite clear from the title itself. Plus the fact that we now officially have our own Superhero: Padman, or rather Padmen lately with every Tom, Dick and Harish posing with a pad. Seriously guys? If all of this is truly changing your outlook, bravo, but if all it’s changing is your thaka hua profile pic, grow up!

Shivangi Singh was born in a family that was patriarchal. But that did not stop her from starting her own initiative to educate everyone on why gender equality is important!

Shivangi Singh was born in a family that was patriarchal. But that did not stop her from starting her own initiative to educate everyone on why gender equality is important!

India celebrates 24th January as the National Girl Child Day. With schemes like ‘Beti Bachao, Beti Padhao’ the government took steps in the right direction. However, a lot is left to be implemented in the real world.