The Forced Solo Trip That Changed My Life For The Better

As a rookie chartered accountant in my first job, I had to take a solo trip for work to Hong Kong. It was a strange new experience that taught me a lot. 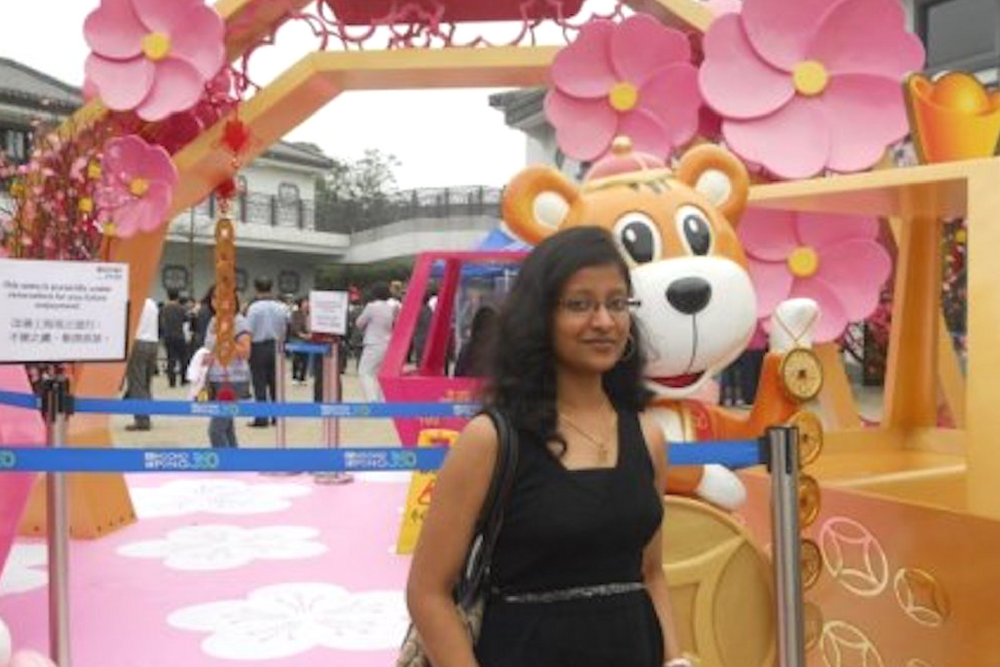 As a rookie chartered accountant in my first job, I had to take a solo trip for work to Hong Kong. It was a strange new experience that taught me a lot.

Solo trips is the buzz word- Almost every second day I come across an article on the net or newspapers talking about how everyone must take a solo trip. I meant to write about my own experience which wasn’t really about a solo trip on my bucket list that I finally went on but rather a business trip – my very first overseas one which turned into solo trip as I was all by myself and had to explore the city alone.

So I was a newbie CA who had just joined one of the top Investment banks – the glitz and glamour of the corporate world had taken me by surprise, I was still trying to fit in- especially in terms of work as it was completely different from what I had been doing for the past 3 years in my CA Internship. My onshore team mates were in Hong Kong and after 8 months I was asked to make a trip overseas to meet the stakeholders.

This being my maiden foreign trip I was overjoyed but at the same time, I was overcome with this knotted feeling in my stomach about being alone- how would I travel all alone?

It was a 3 week trip and the first fiasco began at the Mumbai International Airport. I had taken a Jet Airways flight and there was a change of flights at Mumbai. The domestic flight from Bangalore to Mumbai was delayed and I was already in panic mode – as I had no clue what forms had to be filled, how to find my way, would I miss the flight? As I was scouting for the forms to be filled for International Travellers, the guy behind the counter created further panic by asking me to hurry up as the counter would close within next 5 minutes “Amitabh Bachan is here, don’t you know? Thats why we are closing these counters for a few minutes till he passes by”. I doubt that statement now but at that moment it was enough to get my pulse raising- not because of Amitji but the fear of missing my first international flight. Luckily I managed to board the flight in time- it was a close shave.

I was spell bound by the tall skyscrapers and the organised way of life in HK. I was living in heart of the city at Marriott. It was the first time I walked out on the streets, ordered food after trying to make sense of what it was, ate, drank my coffee and went for a stroll all alone. There were moments when I felt really weak, I missed my family back home, I wasn’t used to living alone. Also the food tasted horrible, the thought of living on this for the next 3 weeks nauseated me.

The next day was my first day at work in the HK office and I was all set in my formal business suit. It was nice meeting people I worked with and had only known virtually till date- putting a face to a name always helps. The first day at work, I was taken out for lunch by my colleagues but from the next day, I was a bit alarmed to look up from my monitor and see the floor almost empty. People had gone for lunch in their own groups, some had gone to the gym or to run errands. That left me with an option of eating alone or starving. The grumbling noise in my stomach made sure I choose the former. After a chicken sandwich and a warm cup of chocolate milk, I felt good. Thereafter I started enjoying walking and discovering new places to eat, eating at my own pace and enjoying my meal in solitude. It didn’t feel weird. 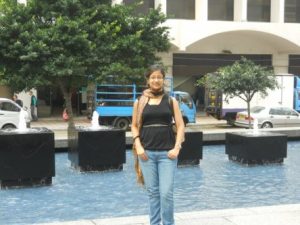 In the heart of the city

It was time for the weekend and I had quite a lot to look forward to – I had just 2 weekends in the country and wanted to make the most of it. The thought of sightseeing alone was overwhelming but then again I had a choice to make- spend my weekend in the hotel doing nothing or make the most of this opportunity to see the place. Who knows this might be my only trip to HK? I wouldn’t want to regret not seeing the place.

So off I set to discover the touristy places – I chose to cover “NgongPing -360 degrees – one of the major tourist attractions. The highlight is a cable car ride on the Lantau island – the cable car is a full transparent one which means you can see the mountains and sea just beneath your feet. There is a  village and an iconic Buddha statue atop a hill which is breathtakingly beautiful.

I cannot imagine having travelled to HK and not visited this place. I enjoyed every bit of the journey- the cable car ride where you see the vast expanse of blue sea right below your feet and then the landscape changes to green mountains that stretch for miles and you spot a few trekkers who make their way up- the beauty cannot really be described in words- it has to be experienced. I did face some challenge in getting my pics clicked as this was way back in 2010 where selfie was quite unknown. I had purchased a small camera for the trip and I had to request someone to take a few pics of me. 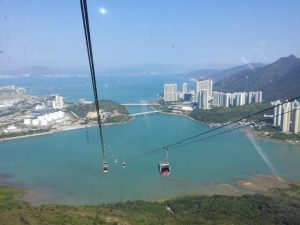 The cable car ride which is the highlight of the trip

I then went for the Victoria Harbour “Symphony of Lights” a light and sound show involving more than 40 buildings across the Victoria Harbour. It was the first time I watched something so spectacular – the only disappointing thing was the narrative was in Mandarin, I would have liked to know the history of the place.

I spent the next day visiting The Peak- the enjoyable part is a tram ride which takes you atop- you look around while in the train and all the buildings appear inverted. There isn’t much to do once you reach the Peak- some trinket shopping, a wax museum and the view from the top – the last bit is fantastic if you go in the evenings (during my second trip I visited in the evening). I did a lot of jade jewellery shopping; it was ridiculously expensive and in hindsight I did regret it! 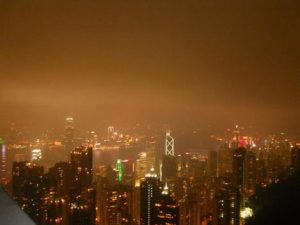 This trip taught me some life lessons the hard way and I could feel subtle differences creep in once I was back.

For one it taught me to be fiercely independent – be it travelling alone, figuring out how to use local transport like trams and the MTR (train service), eat alone, shop alone, sight see alone. I did not have a choice. Now when I have a choice, I sometimes prefer to do things alone. Like I watched a movie alone in PVR- my hubby wasn’t keen in watching “We’re the Millers” and I was really eager to watch it- so I choose to go alone on a weekday when I had an off and he was at work. I do not hesitate eating alone at times- if I am running an errand and am hungry, I grab a bite without a second thought. 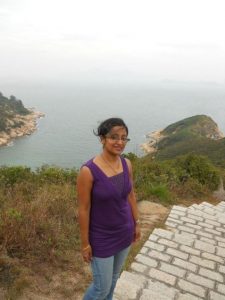 Hiking in HK- a must do for all nature lovers

It taught me to be street smart- right from getting forex to doing the paper work, managing my bills during the trip and figuring out how to get to the various places I visited by asking around (internet was not as widely used 6 years back as it is now), I learnt. I stumbled at times, took the wrong bus but I figured it out.

I learnt to let go of my inhibitions and talk to people, ask questions, request for a photo, simply smile.

I visited HK once again after 2 years and this time for 2 months. I had company and no weekend was spent alone- but somewhere I missed the joy of travelling alone. 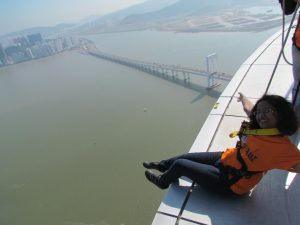 Macau Tower – a view from the top