Man In Uniform Condemns Vidya Balan With A Misogynistic Poem And We Stand Against It!

In response to Vidya Balan's recent statement about an army jawan ogling her breasts when she was in college, another jawan does something even more disgusting. 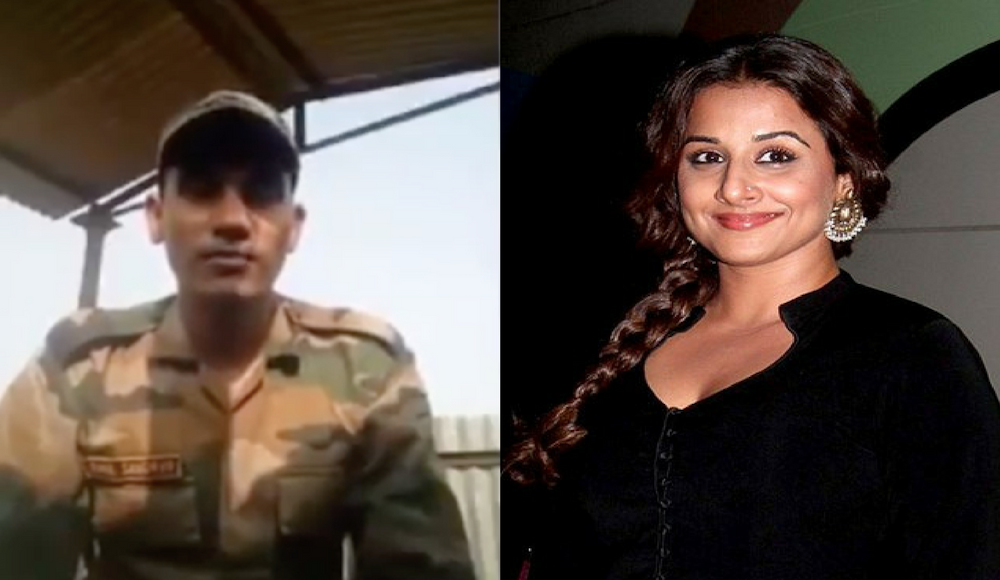 In response to Vidya Balan’s recent statement about an army jawan ogling her breasts when she was in college and a man dressed in army uniform does something even more disgusting.

Vidya Balan, recently in an interview, revealed that during her college years she was ogled at by an army jawan while standing on a railway station. So, as obvious it is, this speaking up invited a lot of trolling towards Balan.

Amid all that, a man dressed in army uniform who identified as a jawan responded to the statement with a video on youtube, reciting a crude poem in Hindi against her. I caught the following lines from the poem, which show the amount if crudeness it had.

This roughly translates in English to:

“You sing oolala in movies, with your bare chest

then why do you mind so much if a jawan’s eyes fell on your breast?”

This roughly translates to:

“There is nothing respectful about you showing skin for money,

So what is the problem if one jawaan saw it for free?”

This man shamed Balan for doing movies like The Dirty Picture and Ishqiya, in which she showed a lot of skin. I’m sorry but is it so hard to grasp the fact that all the things she does in movies (which is part of her job) are done with her consent, unlike this ogling that men do on the streets? I am appalled at this articulation of pure misogyny.

But then, the fine people in the army come from the same society we live in, and since this society objectifies women, it not really surprising that this sort of hate has surfaced. Just because this man says he is from the army, we cannot ignore the nauseating things he says. We know that the army protects our country, and we support it with all our heart. But it is also true that people like these cannot be excused because they belong to a particular profession.

Think about this, for a while and let us know what you think!