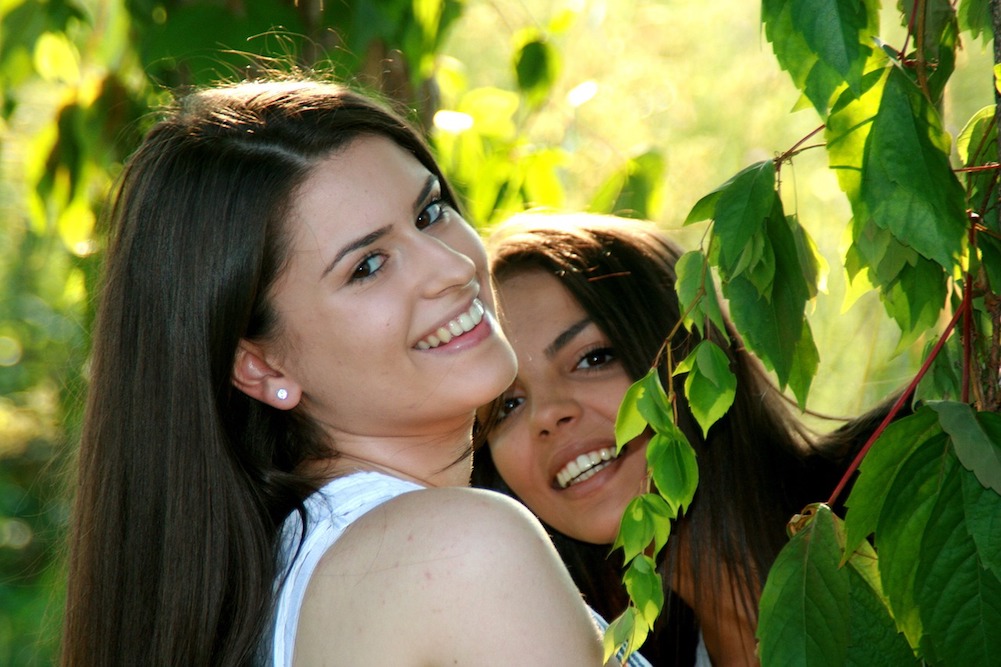 Is this why when my friends were checking out the college stud, I was looking at his girlfriend in the short mini? Is this why no matter how many boys I met who showed interest in me, I could not care less?

I got up in the morning and walked to the balcony for some fresh air. My beautiful condo apartment overlooking the pool, lush green lawns all around and the calm surroundings made me forget that I was living in the heart of the millennial city, Gurgaon. I looked down at the people walking by. The usuals were there to be seen – an old uncle with his toothless smile, the brightly dressed aunty who didn’t know a full stop in any conversation she started, a small boy cycling alongside his fit mother who was jogging and always one step ahead of him.

A new girl caught my attention today. I had not seen her before. She seemed around my age. Tall. Beautiful. Jogging without much effort and making it look so easy. I was curious. My mind was active with multiple questions – Had she just moved in? Which apartment? Could we be friends? Where did she work?

My thoughts were interrupted with the loud doorbell of my maid. I rushed back to the balcony after opening the door but found the mystery girl was gone. I checked the time and realized I had to get ready for work.

While in the shower, I heard my phone ring. I ignored it. I knew who it was. My mother. Her only agenda seemed my marriage. She called me every morning to check on how I am and mention who else was about to get married. Yes I know my cousin, second cousin and uncle’s daughter and family friend’s brother’s best friend’s daughter is also getting married. And they are all my age. But I couldn’t marry just anyone. I was waiting to find the right person.

Since college I found the boys I seem to come across either lame or boring or simply not attractive. I did not have many male friends and the idea of being romantically involved with the few I have was itself unappetising. I knew my parents were okay with me getting to know the guy before agreeing but I couldn’t do that only in a few meetings! Yes my own friends have met someone and have settled. But they fell in love and I still hadn’t. And that was precisely the reason I had left Mumbai – to be away from friends and family and the “pressure”. In Gurgaon no one knew me and I didn’t know anyone. This anonymity was wonderful. I could concentrate on my career. I made a mental note to call my mom back when in the cab and got ready.

The cab ride was the usual with mom’s updates and heavy morning traffic. When I reached office, my boss signalled to me to come over to his desk. When I got there, he told me a new manager was joining our team. While a mentor had been assigned they wanted a peer to help out with the initial settling in. I was happy to do so. When I first joined this office my peer helped me get used to Gurgaon culture both at work and personally.

Within minutes I was pleasantly surprised to see my morning mystery woman walk in. With her fitted pants and shirt, light makeup and loose hair she looked even more attractive than the morning. Her name was Kyna. I introduced her to the team and asked her to join me at my desk. I asked if she lived in the same complex as me and indeed she did! I was thrilled. Finally I could share a cab with someone for office. We fixed up the arrangement and went on with our day.

Over the next few days we travelled together, discussed office, our personal lives and got to know each other more closely. We just clicked. It didn’t feel like we had known each other only a few days. There was a strange sense of familiarity. I was throwing a farewell party for a friend who was relocating and invited Kyna to join. “Boyfriend?” she asked with a wink and to which I said “No no no – just a friend!” Seeing my reaction, she must have thought – what an overreaction while I thought I heard her sigh in relief to my answer.

The party was a huge success. We did not realize it was 4 am. Everyone had left. Kyna offered to help me wind up since she stayed the closest. I invited her to stay over. I could not fall asleep immediately and my mind was active with many thoughts. I was going to miss my friend. He was the one who helped me settle in this new city and I enjoyed his company.

I must have subconsciously started crying. Tears were streaming down my cheeks. I did not realize Kyna was awake. She turned around and asked me what happened. Without waiting for my answer, she hugged me. I felt a shiver run down my spine. I had not felt that way before. Was it a woman’s touch that made me feel that way? We got closer and kissed. It felt nice. It felt right. I wanted it to go on forever.

When I woke up I was wondering what happened the previous night. Was it a dream? I looked at Kyna lying next to me. So something did happen. She was sleeping peacefully. She looked beautiful. Almost as if she knew I was watching her, she opened her eyes as soon as I moved. She smiled sweetly. It melted my heart – a flutter – as if my heart was singing a lilting song.  I realized it was all true.

I was awkward. I stammered “I’ll go make some coffee”. She just touched my hand lightly and said “Alisha, wait. Let’s talk about what happened.” I shrugged and she went on “I know you are surprised and probably not been with a woman before but I have. I was attracted to you the moment we met but didn’t know how to express it. I also realized you did not know your preferences yet.” She paused and looked at me. Then went on “But it felt right. We belong together. We are perfect for each other.”

I started saying “But I’m not sure. I never thought that I would be with a woman.” She smiled and calmly told me to relax. She added “I know that. You think about it. Today’s Sunday. Sort your thoughts and let’s meet tomorrow.” I nodded and she went off.

I was confused all day. Is this why when my friends were checking out the college stud, I was looking at his girlfriend in the short mini? Is this why no matter how many boys I met who showed interest in me, I could not care less? I always had more girls as my friends and often felt uncomfortable around boys unless I knew they were in the “safe zone”.

By the evening, it was clear to me what I had to do. I met Kyna on Monday morning and told her “Let’s do it. We can get into a relationship and try it out. I’m still not sure so we will take things slow but if at any point we feel it’s not working out, we will end it.” She smiled and clasped my hand surely.

Over time we got closer and spent lots of time together. She told me her parents asked her to leave their house when she came out of the closet. She described the emotional hell she went through – feeling abandoned by her own family, the jeers and sneers of people close to her who got to know.  But she didn’t lose her will, her pride to prove that she was normal not an outcast or something she had to be ashamed of. She decided to start afresh in Gurgaon. Finally there was someone who understood her and loved her for what she was. I could relate to it. I was seeing a mirror image of my emotions.

It’s been six months since that morning I spotted Kyna. My parents had visited and met her as my “best friend” and absolutely loved her. My mother, tired of telling me to get married, started telling Kyna about potential boys who would be very interested in her and asked if she would be interested.

My house lease was up for renewal and Kyna suggested I move in with her. I was circumspect about how I would break this to my parents. I was sure I wanted to do this face to face rather than over the phone. I therefore, asked them to visit again. My mother could detect an undertone of excitement in my voice when I called and instinctively said “I know the moment I have waited for is finally going to come.” I did not say anything further lest I give away my secret.

On their arrival, I announced: “Mom-Dad I have found someone I love and possibly want to spend my life with.” Both of them hugged me immediately and said we wish Kyna and you a lifetime of happiness. I could not believe my ears. As I turned to face them, I saw them smiling broadly while I was sobbing. My mom said kindly, “You do not have to explain to us your reasons. We raised you to be a strong independent woman with the freedom of choice and we recognize that freedom extends to every aspect of your life. You are beautiful inside and if you can find someone who loves you for it then that is the right choice.”

Kyna walked in at the same time with her parents on each side of her as love and happiness triumphed over something none of us control but are easily apologetic for or disdainful of.