We asked some college students what they think of different curfews for men and women; here's what they said! 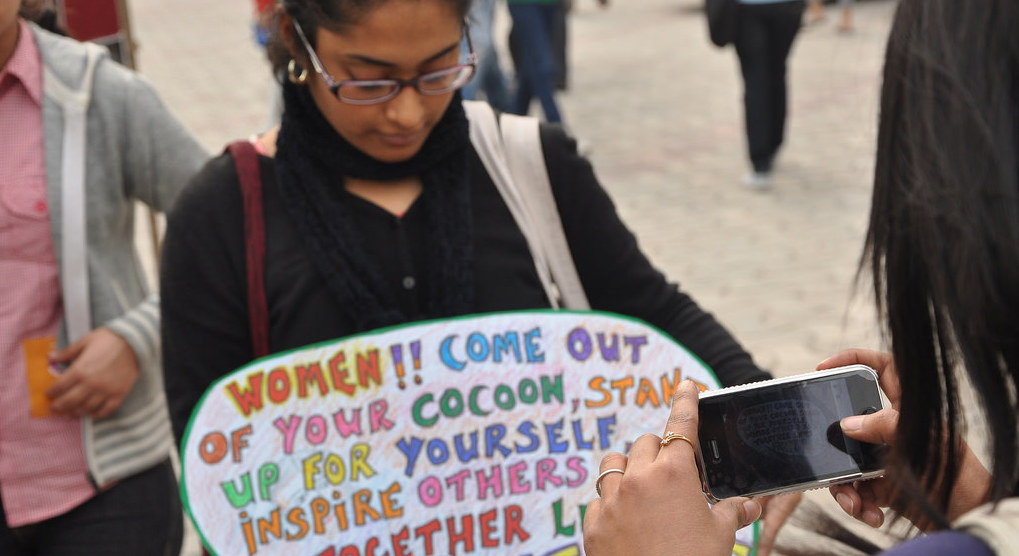 We asked some college students what they think of different curfews for men and women; here’s what they said!

In the light of the recent protests at BHU, the gendered policy of keeping early curfews for female students to supposedly keep them safe, instead of making the campus more secure, has attracted a lot of criticism. Even otherwise, this concept of not allowing girls to be out late needs to be taken seriously because this stems from other grave issues like victimising the victims again in the garb of safety.

I reached out to some college students, asking them about what they think about all of this and we have a variety of responses.

Not okay at all

“I don’t think the current system is okay at all. The recent incident at BHU indicates the clear abortion of the concept of bringing justice to the victim and rather makes it a matter of gender. Why should there be separate curfews? I mean, we would foot back to the same point of gender discrimination where from, we actually started to seek justifications for, some time ago. The system here, is to give equal space to both the genders so that they can bring in the light the wrongs. Both the genders have to be given equal ears to be heard and paid heed to. I don’t think of having separate curfews for males and females.” – Komal Adlakha, Kamla Nehru College, Delhi University

“Considering different curfews for males and females in no way follows equality. Curfews for male and female should be same. It seems like females are considered weaker that they can’t move around the campus after sometime while it is completely ok for guys to do so. Girls and boys should have same curfews.” – Aastha Sahay, VIT University, Chennai

“I don’t think differential curfews are okay, I would surely like it to be changed. In my college, Be it girl or boy … Have to enter hostel by 10. The only rule that is in our hostel book that specially concerns genders is that boys cannot go to girls hostel after 7:30pm. It is just from person to person. And then area to area. We surely need to give more freedom to girls or women in more logical way. ” – Dushyant Deshwal, Amity University, Gurgaon

“Here’s what I could gather from this BHU incident and other similar incidents. First of all, violence and protestation must not go hand in hand, but they do. It is clear from the offset of this incident that, it is the violence and hostility portrayed by both, the students and the ground management (police/guards/guards dressed in police uniforms, who knows) diminished the actual incident which was the root cause of the unrest behind holding a protest. The case of molestation seemed like it lost its ground completely. It ended up being a fuelled fiasco, leaving the involved parties wounded. Thanks to the government on its immediate action of deporting the VC of the university, but I am compelled to ask, is it enough? Enough to ensure that similar incidents, the ones of excessive violence and havoc reckoning will be avoided or at least handled correctly, at the right time? Before it takes this gargantuan form? This is something which must be put under consideration.

I think, that this whole concept of gender-based politics is fuelled by these differential curfews. They highlight the gender specific gripes which both the males and females have from, either the society or the system they are directly or indirectly related to. I don’t find myself comfortable in arguing in its aptness or redundancy. All I am sure of is that, the latter will be very immune to being abolished. I conclude by saying that, it’s alright to have gender-based differential viewpoints, only and only if, they are dealt with caution and in a restrained manner. In my opinion, the way in which it is interacted or approached by the involved parties should definitely change.” – Adarsh Pandey, Hansraj College, Delhi University

Liberal Me versus Cautious Me

“I feel two-sided about these curfews: the liberal, cool version of me wants to tell my sister to come home at whatever time she likes, but on the other side, I’m also aware of the fact that there are some anti-social elements which make me, personally, want my sister to be at home. As early as she can. This is when I find myself agreeing with my mother’s statements about asking her to come home earlier than I do.

In terms of the college campus, I would definitely want the environment to be safe for girls. I, myself, don’t know much about the safety factor. A girl from my college would have a better say on this, considering I don’t feel any insecurity in this aspect.” – Piyush Gulyani, ARSD College, Delhi University

It is good to see that many students are aware of this injustice and its implications. At the same time, they are also aware of how unprepared we are, practically, as a nation to let Indian women be free. There must be a silver lining somewhere in there, but right now the storm is raging.