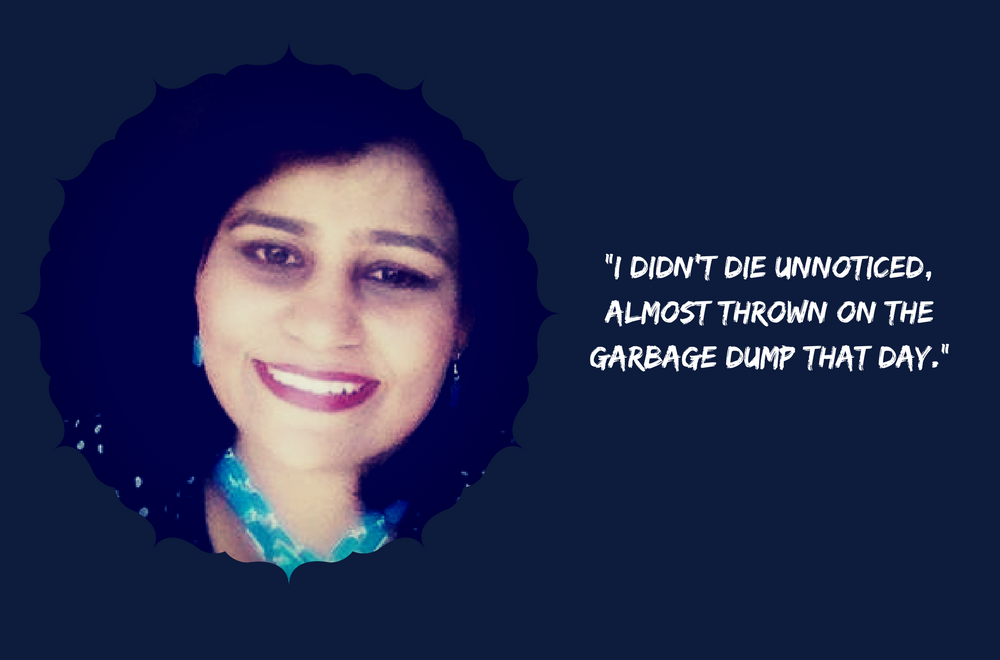 I Was Thrown On A Garbage Dump At Birth, But Today I Bring To Light Stories Of Many Such Women

Roma Gupta Sinha was rescued from a garbage dump by her father where she had been thrown at birth. Today, she has come miles from that sad beginning.

Today I am baring my soul and pouring out the secrets I have concealed in my heart for what seems like eternity to me but it was important for me to speak about this. Finally I summon my courage to do so. These are some scars on my soul, but which are ironically also my inspiration till present day and will not cease to be so until I perish.

By writing this article I mean no offence to the people involved directly and indirectly. They are my family and though I have forgiven them long ago, this is also not to erode their respect. Probably they would have been right in their judgement and in the social setup of their times.

I was born in a room in our ancestral home in a very small town of Uttar Pradesh without the aid of any doctor or a midwife. My mother did tell me how difficult it was for her after I grew up. Because as her in-laws discovered I was a girl no one attended her and unfortunately this was the scenario in an educated well to do family. Next my paternal grand mom who was a mother to six daughters herself wanted me to be abandoned on a nearby garbage dump and wanted my dad to remarry as all possible dowry had been extracted from my mother’s parents already.

So this was how I was welcomed on this earth. When my dad came to know of all this he picked his tiny princess in his arms and his wife and bid good bye to his family promising himself to make his daughter the talk and envy of everyone in this very town. He named me Shweta and later Roma but that day he, along with my mom wrote my fate and future by his very own hands and then never shied away from quoting and re-quoting it to me. I guess it was this promise of dad to himself that burnt like a fire in my heart. I was adamant to prove my worth.

Life was never a bed of roses for me as our beautiful nest broke and my parents couldn’t get along together but I believed in the power of education and it gradually and eventually took me to my goals. In my final year of engineering I got my first job in Tata Motors and I had fallen in the feet of my parents for it was a result of their prayers and guidance and always considering me more than my brother, yes that’s true.

Thanks to them I became a happy soul and had a successful career stint of about 10 years working in different parts of the globe India, Japan, Sweden, Thailand, Austria, Denmark etc. and right when scaling professional heights became an addiction I gave it all up for my little angel who was growing up quietly without his mamma. I lost my mom around this period and I suddenly realised how important my presence will be for my child and I am so glad I chose to bring him up all by myself along with working from home.

But the fire in me still burnt and I knew I didn’t wanna die unnoticed. I am God’s chosen child and since I have been scribbling for almost eternity, I decided to become the voice of Indian Women through my blog because I didn’t want more Romas to be given birth to and later thrown on a garbage dump because their family wanted a boy…

Also because I didn’t want more educated women like my mother continue to die an unnatural death some day and thus I wrote, wrote and wrote, all the stories – mine, mom’s, a neighbour’s, a friend’s, a stranger’s – everyone’s possible on my blog, in newspapers, in awareness workshops, in magazines…I even started working with NGOs and got another new meaning of my life.

And yes I didn’t die unnoticed, almost thrown on the garbage dump that day. Working hard in my own small way and contributing to women’s empowerment wherever possible, I am still alive.

Some years ago, Glenmark’s VWoman Community noticed my work and I was awarded ‘VWoman of the Year 2015’ in Leela Palace in Mumbai, motivating me to work harder. This award brought me in touch with a lot of media guys who further aided me in my endeavours. After this, more and more Indian women and girls started writing to me and as I brought their true tales forth, my media friends actually helped in bringing respite to some of them and we continue our humble initiative – ‘Face of Change’.

I also published an ebook on the life of 26 such Indian Women ~ Dare To Defy The Destiny which struck a chord with many and I was overwhelmed with the emails and messages I received for the same.

My second book this year ~ The Fragrance of True Love is also about a girl whose traumatic childhood always stands in the path of her glorious future.

Though I am happy, proud and content with whatever I am today, I know I have miles to go before I sleep….so that no more little angels are petrified before birth, before they enter this callous world. 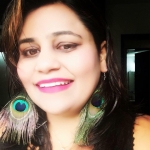 And So, For My Sanity, I Decided To Draw Some Boundaries In Those Relationships!

Mothers of a different kind……..