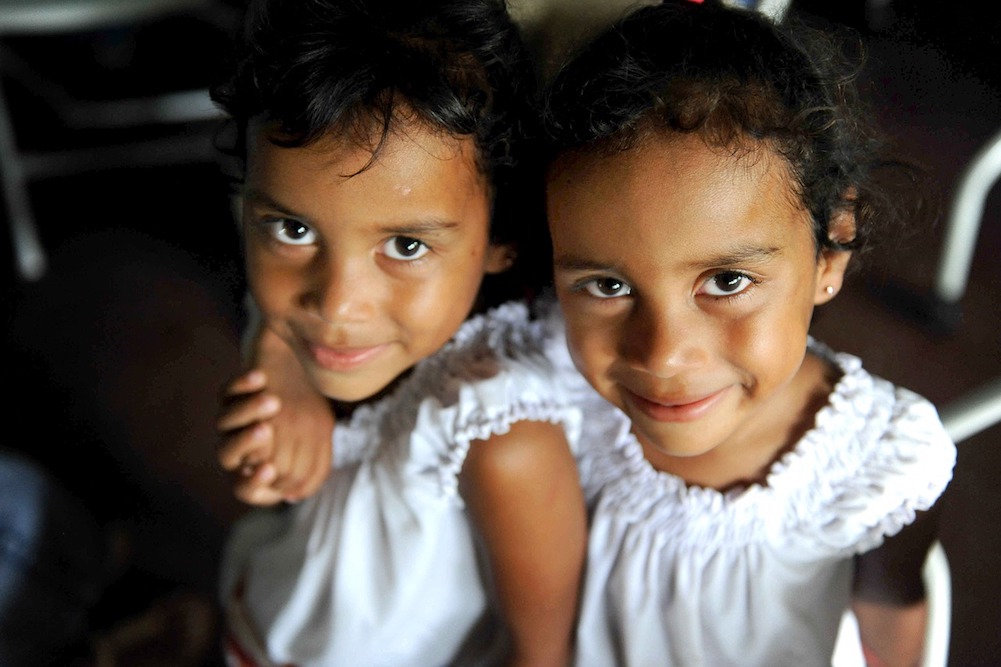 Oh! You’ve Got Twins And Both Are Daughters?!

I have twin daughters whom we love every much, and I don’t think not having a son is in any way a misfortune as everyone seems to think!

“I am overjoyed at their birth and I consider these two as the two valves of my heart. They are as important to me as my life is. Don’t ever let that thought cross your mind that you have only twin daughters. I am the happiest grandfather at the moment”. His words still resonate in my ears and leave me with a broad smile even though it’s been nearly eleven years since my twins were born.

Ironically, my family which didn’t see daughters being born for a long time went gaga over their birth and celebrated the occasion with a lot of enthusiasm. However, a bunch of over-concerned relatives and friends did display their conventional mindsets with those typical stereotyped reactions pouring in like,

“Oh they are such pretty girls but it would have been good if at least one was a boy”.
“Oh you have twins and both are girls. One boy instead would have completed your family”.
“Since you have twin daughters; don’t you want to plan a third child for the sake of a boy?”

I acknowledge the fact that we live in a society that is still not ready to bid farewell to notions of the past and the concept of having a boy and celebrating it as a matter of pride and joy vis-à-vis a daughter’s birth, is nothing but a deep rooted ailment. The societal shift might take generations but may I please question who gives people the right to open their mouths to disregard a child’s birth?

Is giving birth to a male child ‘a lifetime achievement’?

Is it a boy alone who is the gift your good karmas? Why do we keep imposing and nurturing the same old clichéd thoughts, making the lives of a girl child vulnerable in so many ways?

Who gives them the permission to bother on our behalf?

I consider my girls as just two offsprings, so why does it become anyone else’s business to point out that a boy instead would have been a better option? Was it something under our control? Could we really decide the gender of our children? Is it an unfortunate thing to have twin daughters?

It’s we who have to bring them up and take care of their needs. So how does that give anyone else a reason to respond with a deep sigh?

Thankfully, I had a very liberal upbringing devoid of any gender biases and my in laws too, have given immense love and adulation to my twin daughters. And we as parents didn’t ever lament over the fact that we had two daughters in my pregnancy.

Although, even today when we communicate with strangers in public places, a few of them, the moment they acquire the knowledge that we have twin daughters, respond with a visible sigh. As if they too stand by in our moment of grief and that destiny didn’t do us the favour that it did to them by giving them a male child.

Such questions and reactions from people around me who were well educated and were perceived liberal & broadminded surprised me, disturbing my composure at the same time. However, I did counter them with the relevant questions and at times ignorance was the best resort.

I am a proud mother of twin daughters and I renounce the school of thought that believes in questioning, speculating and pitying the parents on the basis of the gender of children and assuming our happiness, and the future course of our children’s lives. Any child, for that matter male or female, is the pride of her mother and no one reserves the right to pity her.

It’s high time we overcome our conventional fixations and get rid of our gender biases to create the right atmosphere for our children to grow.

Beware, Ladies! Whatever You Allow, Will Continue!

She’s A New Mom, Just Drop Your Judgements About Her