The actions of men have encroached upon women's safety, turning them into a 'liability'. Society has failed the women of our country! 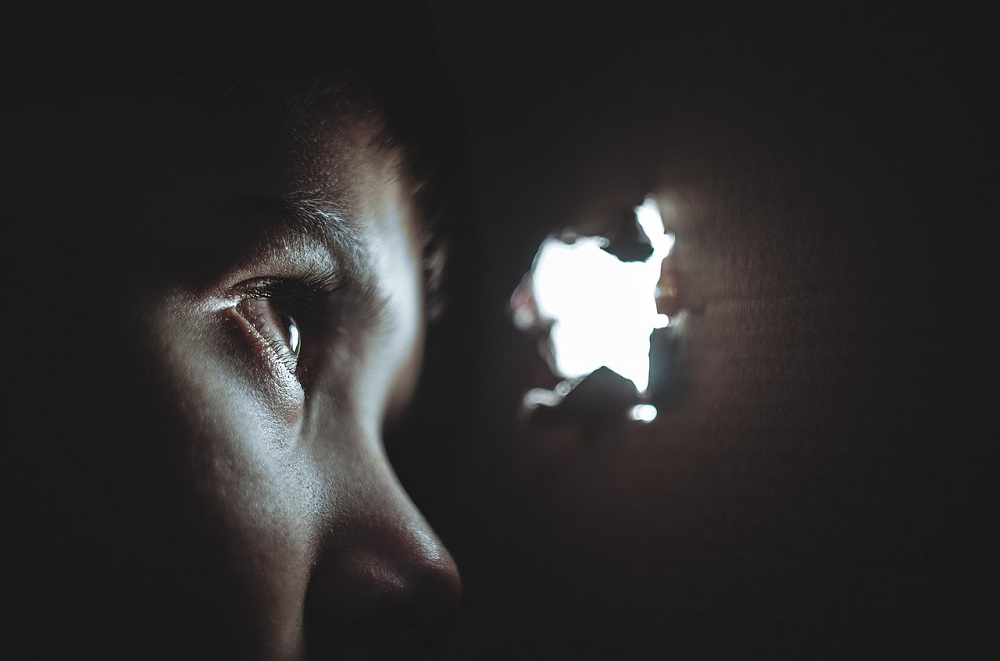 The actions of men have encroached upon women’s safety, turning them into a ‘liability’. Society has failed the women of our country!

To the enemy’s eyes the soldier was almost invisible. The grease paint on his face and the combat fatigues merged him with the surroundings. And taking advantage of this cover he braved into the enemy territory precariously.

This is the Art of Camouflage, an art which we, the womanfolk, can very well relate to. We inculcate this in our everyday lives from Day One. With our own recipe of grease paints and codes of camouflage, we enter the enemy lines, hiding our sexuality, comeliness and prettiness.

Let me narrate one such experience.

Some time back, a family emergency meant that I had to drive my mother from Delhi to Bullandshahar, a city in Uttar Pradesh famous for all the wrong reasons. Two women without a male escort on that notorious highway was either sheer stupidity or bravery, but in our case just helplessness because not everyone has the luxury of chauffeurs and bodyguards. Not that the presence of a male will prevent an ‘attack’, but it will at least lower our chances to end up as a potential victim.

So we began the ‘preparations’ for the journey. With hair tied up in a tight pony and baseball cap covering the delicate contours of my face, I sat down in the driver seat. A loose chequered shirt (borrowed from my husband) and jeans were doing a manageable task to hide my feminine curves. In some parts of our country, the sight of a woman behind the wheel is quite a head-turner, so my aim was to remain unnoticed.

This was an ‘overreaction’, many will say. But this is a Reality, our small, little war, which we fight everyday to survive in this male-dominated world. We brave all the odds to save our little bit of identity.

Sometimes I marvel at those Shampoo girls on TV who charm everyone with their fresh youth, smile and luscious womanliness. We can’t simply afford that in real life. In fact we try every hack to hide that very attribute. We are like that fairytale Cinderella who turns into an uncouth girl the moment clock strikes twelve. We wear a frown, a don’t-mess-with-me look, in public. Clench our muscles in a reflex action and speak in a tone shriller. We try very hard to look un-attractive, over-mature or to put it bluntly – Manly.

Moni, a friend of mine, spent her entire teenage in baggy clothes and short haircuts. Even close neighbours confused her with opposite gender, which was the whole idea. Thus her role was to accompany her mother and two elder sisters in guise of a male companion whenever they traveled during summer-breaks from Kolkata to Delhi, where her father was stationed. For years her mother introduced her as a son. Presence of a male companion is not a guaranteed safeguard, but it will at least minimize the chances. It is all psychological you see.

There are many more like Moni, for instance Natasha, a bubbly and carefree girl, who especially wears sindoor and mangalsutra during her train travels to ward-off unwanted elements. Or Riddhi who carries pepper spray and switch-blade in her purse all the time. Each one of us has our own talisman of protection.

A colleague once reasoned with me about the pepper spray. This will further anger the attacker, she said. The shiver in her voice spoke what she dared not speak aloud – that better be a rape victim than rape and torture victim. Look at the irony here, now we are choosing our misfortune ourselves.

We prefer to run across the traffic than take the subway, hop onto the buses that are crowded, avoid lonely roads; turn down promotions because that would mean a remote posting. Our every act is measured, weighed upon. For a man adventure and bravery is riding a sports bike or donning combat boots, while a girl is brave and adventurous if she is traveling alone in odd hours, in odd places. But when the unspeakable happens she is blamed for her foolish acts, for breaking the unwritten code of the society.

It is not that women are not leaving their mark in the list of top leaders; today many are breaking the myths of male supremacy. They are achieving what was earlier a fantasy. Be it a mountaineer, astronaut or a defense officer. But their journey is not an easy one. At every step they face sexual prejudice.

A male colleague, in his supposed sense of humor, one day remarked that women in the workforce are a ‘liability’. Why? I asked aghast. Because you can’t expect them to do odd-hour shifts and in case they do then four more will be forced to work with them in the role of their body guard. Thus they cost the organization more. Be it a company CEO or a police officer or an Army officer. I wanted to tell him that we never chose ourselves to be that ‘Liability’. Our share of freedom is encroached upon by you. We are paying the price, sacrificing our dreams, our career for your malfunction.

It is not our fault, but fault of the society, of the Government who fails to protect our Right to Freedom, Right to Equality. Isn’t that the incompetence of the State when a Minister or a police officer publicly says that women should not venture out of their home in odd hours unattended.