A Moment Of Love Here, A Lifetime Of Compromises There – How I Was Conditioned To Be A Docile Wife

Despite being an educated woman, I fell for the conditioning that made me yield to my family’s subtle sexism, waking up to it only in my 40s.

I believe that I have stepped into a whole new realm as I have stepped into my forties. The past couple of years have opened my life up in so many ways, I feel like I have been living in a nutshell before. Not only has there been a sort of spiritual awakening on my part, but I also feel that my emotional intelligence, maturity and resilience has grown by leaps and bounds.

When I think back to my 20s and the better side of my 30s I feel like I was a completely different person altogether. Maybe it is because I have the luxury of hindsight now, but I feel appalled at some of the things I was subjected to as a daughter and more so as a wife and as a daughter-in-law.

I am not talking about highly exaggerated things that are so rampant in our drama serials wherein a scheming army of in-laws take it upon themselves to make life living hell for the new addition to their family. Their antics are laughable and so obvious that one can see through them easily. I would love to deal with people who are so upfront about their motives and so simple in their approaches. I am sure I would be making a controversial statement if I were to say that I would prefer these type of in your face in-laws who make their intentions known through their actions, words and facial expressions. There is no doubt in my mind where they are coming from and that gives me the advantage of learning their moves and protecting myself from their blazing guns.

Unfortunately, for most of us so called educated and cultured women coming from reasonably well-off families, things are not so obvious. They are much subtler.

So subtle in fact that you are not even aware of what is happening until it is too late. By the time you have an inkling of the storm brewing around you, you realize you are right in middle of it with no idea as to how and why you got to be in the eye of the storm. If you are lucky to weather such storms and make it out barely alive, you would still be lost to explain as to what happened. Even as you are still thinking about it, you will be caught up in another. Then another. And another. Another after that…you get my drift?

After being caught up in many, many storms like these and suffering much emotional and physical damage, I finally realized what was the driving force behind these funnel clouds. Shocking-  it is my own self. I was completely responsible for landing myself in such situations. What puzzled me was that I considered myself to be a pretty smart person, highly intelligent, well read and emotionally mature. Then how come I was like a helpless baby caught up in such circumstances? It took me years to get to the answer.

The answer is very simple. I was conditioned to create and weather such storms. I realize now that this conditioning started even before I got married.

The groundwork was laid when my husband-to-be started to outline his elaborate plan to convince his parents to get married to me. Out came descriptions of his family, what each one was like, their likes, their dislikes, their preferences, their customs, their eating habits, their outlook, their expectations, the way they breathed even! It was all about them. Even more so than it was about him.

I listened fascinated as he poured his heart out with details about his mother being the epitome of perfection, his revered father, his awesome siblings – their lovely children. The only spoke in the wheel was of course his older brother’s wife. She was having trouble adjusting with the family. She was too fast, too outspoken, too headstrong, too outgoing, too much to handle basically.

He knew I was nothing like that. I was soft spoken, gentle, kind, docile, family oriented and … many such feel good adjectives were used. Instead of feeling indignant, I found myself glowing with pride and thinking that I loved this man more than my life and that I was determined to make him proud of me. The conditioning had already started and leave alone being aware of it, I was welcoming it with open arms. Talk about embracing the devil!

The conditioning continues with the family members. Statements like you are our daughter now, you are part of our family, you will forget your own parents, you are such a nice girl, we know you will unite our family, we know you will have the most successful marriage – blah, blah, blah. Just when I think I can’t be any happier I am told to just stay away from the older daughter-in-law. She is devil in sheep’s clothing – she is everything that I am not. Pride sets in. I am determined to be not like her. I am determined to match to their love and pride in me. I am the luckiest person in the world!

As the number of days to the wedding diminish, I am exposed to how wonderful my future in-laws all are. I am told how necessary it is for me to come to them with an open heart and an open mind so that I could imbibe all their awesomeness. I am told how I need to be respectful of their cultures, customs and family values. I nod my head a little too vigorously, I aim to please – that is my motto in life. I am so excited about my wedding day, I just can’t wait!

The happiest day of my life happened. I was married to my sweetheart. I was married into his lovely family. What else did I need? I tried to push away the few hiccups here and there. After all it is not such a big deal that his family decided to keep the mahr really low, is it? I mean it’s not like I would be even thinking of divorcing him. I think I should also give them a little leeway for behaving rudely with my parents and siblings. After all the stress of the marriage ceremonies must be getting to them. (Note how conditioning works – Conveniently forgetting the fact that my family was the one going through the most stress). Also, I should not be paying much attention to my husband snapping at me. He was right after all. Instead of worrying about him, I was concentrating on how my mother was feeling. I could be so stupid sometimes. I resolved to set it right.

And so it continues…Day after day, year after year:

A little push here, a small shove there.

A few bitter words here, a plethora of endearments there.

A number of accusations here, a lot of instructions there.

A barrage of expectations here, a volley of abuses there.

A day of pleasure here, a week of tears there.

A month of memories here, a year of disappointment there.

A vote of confidence here, a threat of divorce there.

A moment of love here, a lifetime of compromises there.

A lifetime of compromises. That is what all this conditioning leads to. Day after day, year after year, the conditioning gains a vise like grip around your entire existence. It chokes the life out of you. It throttles your growth and takes hold of the way you think and act.

There comes a point in your life where you no longer recognize that person you have turned into. It doesn’t feel like a big change happened overnight but bit by bit, little by little your entire being is replaced. Your thoughts are not your own. Your fears overtake your personality.  You seem to forever struggling with yourself. You don’t feel so confident anymore. You question your worth. You effectively feel like you are the worse homemaker in the world. Yet, you keep trying. Trying to prove yourself and everybody else around you wrong and right at the same time.

Luckily for me, this conditioning did not stop with my death. But many of us ‘conditioned’ women are not so lucky. Some do not even realize that they are victims of such subtle but effective conditioning. Those who do, cannot do much about it, and for those of us who recognize and want to come out of it – it’s a painstakingly long process. It’s like going to the rehab trying to cure a disease that is basically incurable. You have to forever keep making sure that you are not falling into the same trap all over again. The only way out would be the big D-word but considering how we women are conditioned against it, it is no wonder that we spend all our lives fighting the conditioning – sometimes winning, sometimes losing but having to fight it always! 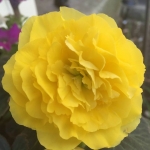 Despite Trying So Hard, I Feel A Failure As A Wife, A Mom, A Woman. What Do I Do?