Amma & Priyamvada: The Two Faces Of A Woman [#ShortStory]

This short story about Amma, erstwhile movie star, teaches us to look before we judge. Read on. 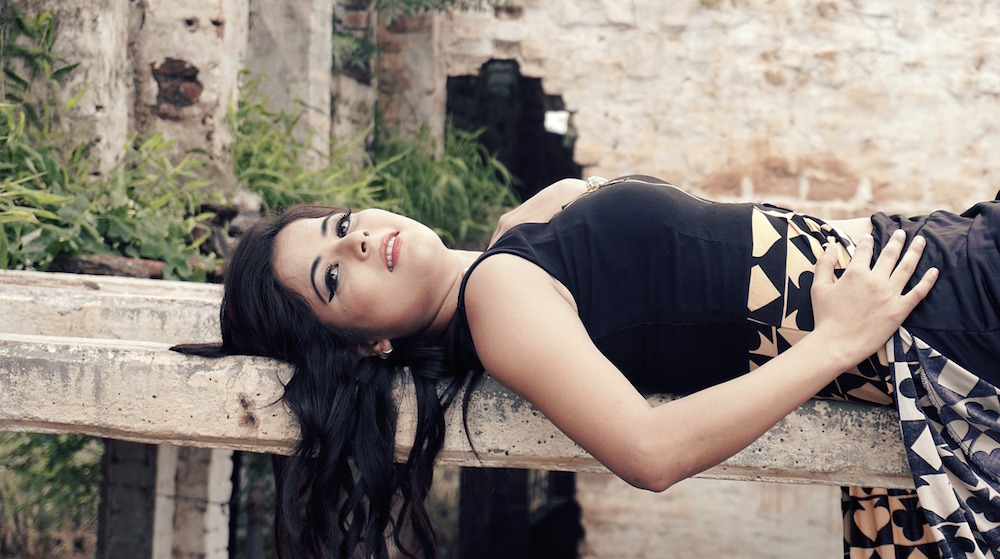 This short story about Amma, erstwhile movie star, teaches us to look before we judge. Read on.

“What are you doing Chinna? Stop monkeying around! Concentrate! Why can’t you show some seriousness, for God’s sake? Don’t you understand that big money is riding on your shoulders?” Priyamvada a.k.a Amma screamed from her plastic chair as she fanned herself furiously. The studio’s A.C. did nothing to cool her ample frame. She was sweating profusely and the anger added to her utter discomfort!

Chinna a.k.a Ragini threw her giant fluffy pink teddy down and walked out in a huff screaming, “Why do you always shout at me in front of all this public, Mom? When will you learn that your demeanor upsets me?”

“Akka, Sorry Amma, Baby will learn soon, she is kid only. Please trust me. My father launched you on the silver screen and now I have the privilege of doing the same with your daughter!”

“What! Bedding her? Like your father did to me Gunnuswamy? I will castrate you, even if you dare to dream! Understand? My time was different Gunnu! My mother was out to make money from my body! Not me! I  will be watching over my daughter like a hawk, especially for all you rats out there! And what are those costumes I say? Ridiculous strips barely covering her body!  Stripping my daughter to feed your hungry children Gunnu? Hoping to recover your debts with her skin-show eh? Redo all of them by tomorrow! Otherwise, she won’t shoot.” Amma thundered while Gunnu simpered!

“Akka, aiyyo, Amma! Some exposure is needed na! Look at all the heroines. Some are showing backs, some legs and some cleavage! If you say ‘No’ to everything, then I will have to dispose all and go back to my village to sell vegetables.”

“Do that! One less irritant to watch out for in this tinsel town. Okay, Okay, Don’t cry too much! I will talk to Chinna! Remember even BBC is showing interest in her. She is in this for a long run. Now, run along and get her back and finish canning your scene. Chinna has to sleep early. Else she will report tomorrow with baggy eyes! But take care of her dresses. Will you?” Amma dismissed Gunnu.

“Amma!”  Her Man-Friday, her driver  Suresh, whispered softly. “Your brother is here and China has gone off with the Hero. There is something definitely brewing there. We have to nip it in the bud. Else soon, it could get to be the talk of the town!”

“Suresh! Send that viper of a brother in after ten minutes. Trace Chinna and report back to me. Make sure this Hero has no work, after this movie is wrapped up. Leak some dirty pictures and details about all his previous link-ups to the friendly press. The dirtier the better! Finish him!”

“Hello Akka! looking good aren’t you? But why have you forgotten us? Swati! come here and touch your auntie’s feet. Take her blessings!”

“Why have you brought Swati here? I have strictly told you not to!” Amma hissed!

“We have decided to solemnize her wedding with a clerk in my office. Next month is the wedding! You have to supervise everything Akka!” The brother was at his oily best.

“Swati, go and sit in my car! Your father will come soon. Here, keep this money with you and buy whatever you want!” Amma was very soft with Swati. She watched wistfully at the retreating back of Swati.

The brother coughed as if to remind Amma of his presence!

“Listen, you snake! Enough of your  vulgar drama. I told you a thousand times, no wedding till she finishes her education.”

“Akka, then you also have to remember to send in the requisite compensation so that she remains happy without knowing about her sordid past. I don’t want to remind you that..”

Before he could say more, Suresh came back.

Amma took out a cheque, signed it and handed it to Suresh.

“Put this in Swati’s account Suresh! And you cancel that wedding right now!” She then handed some hefty cash to the brother and waved him off.

Suresh gingerly suggested, “Chinna will reach home before night. We will soon deal with the Hero too. I have made sure of everything. It is time, Amma!”

Amma got up wearily and walked towards her car. Her woman-friday, Radhamma, was already waiting in the car.

“Eat something Amma, you haven’t had anything since morning!” Radhamma said with great love.

“Are we carrying all Ravi’s favorites?” Amma replied tersely. Both her minions simply nodded.

It was an hour’s drive from the city. Sanjivini Sahrudaya was the leading hospital in Mental Health Care.

Amma got down, even before the car stopped at the entrance of the hospital. She was no longer Amma but Priyamvada out to meet her Ravi.

Her Ravi, who loved her to death!

Her Ravi, who pleaded with her monstrous mother for her hand.

Her Ravi, who even gave money to her ever greedy mother, to stop her from pimping his love.

Her Ravi, who  fathered their love-child Swati. The same Swati, whom the world knew to be her niece, her brother’s daughter!

Her Ravi, who then jumped from the terrace of his building, unable to forget his Priyamvada and thus became a mere vegetable.

Priyamvada entered Ravi’s room and waved the attendant off. She fed him his dinner, gave him his medicines and read from a book. His eyes seem to lit up, a faint sign of recognition there. She fussed over him, till he slept.

Later, Priyamvada tip-toed out of his room, became Amma again, walked back imperiously to her car.

As the car sped back to the city, Amma was transported to another world – her own private world.

Swati and Ragini  – her two daughters! As different as chalk and cheese. Swati was just like Ravi. Lean and wiry. A dreamer, highly intelligent and emotional. She would be a thorough misfit in the cut-throat movie business.

Whereas Chinna was the child born out of an affair with the King of movies himself, who then made Priyamvada his second wife. Ragini was buxom and vile, just like her. Ragini needed some careful handling before she became a big star!

Amma smiled softly and asked for food. Radhamma jumped with joy and fussed over her.

“Yes! one daughter will rule the dreams of millions and the other will grace reams of papers! I will make sure of that!”

Amma always planned and plotted ahead. She began to hum an old hit-song of hers while Suresh sped up.