Mom movie review: Sridevi starrer Mom is a powerful story of a mother, and draws you in, despite a somewhat unbelievable storyline. 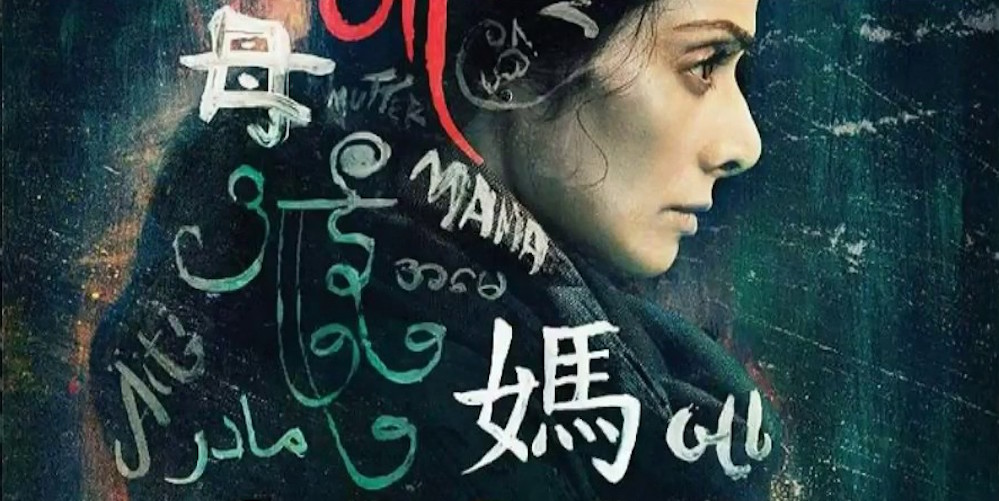 Sridevi starrer Mom is a powerful story of a mother, and draws you in, despite a somewhat unbelievable storyline.

Bollywood has matured over the years. It is refreshing to see that it now has lead roles for female protagonists who are in their 40s and 50s. The subject of assault on women has been dealt with sensitively in recent movies such as Pink and Kahaani 2. Rape is no longer about the heroine screaming ‘Bhagwan ke liye mujhe chod do’ with the scene added for titillation, only for her to be rescued by the hero. It is now about the survivor.

Sridevi had enamoured us with her performance in English Vinglish. She is back with Mom to prove that she knows her craft with such finesse that she can bring any character to life.

A woman’s quest for justice

A caring yet strict school teacher and a devoted mother, Devki (Sridevi) lives in Delhi with her husband, Anand (Adnan Siddiqui) and two daughters. The elder daughter, Arya (Sajal Ali) seems like a regular adolescent from an affluent family whose life revolves around her friends, crushes, gadgets and planning vacations to exotic locations, while resenting her stepmother whom she calls ‘Ma’am.

In a horrifying scene, Arya is abducted in a car and gang-raped by four men. Despite Arya’s statements identifying her assailants, they end up walking free as the evidence is tampered with. Devki, who has lost hope in the judiciary takes it on herself to avenge her daughter’s gang rape and punish the four rapists, with help from a private detective DK (Nawazuddin Siddiqui), while trying to protect herself from the crime branch cop, Mathew Francis (Akshaye Khanna) who has become suspicious.

The rest of the movie follows her quest for justice. Despite a somewhat unbelievable plot hereon, and a cliched climax, what really worked for me was Sridevi’s natural and flawless acting. Even though there are too many loopholes in the plot that take away from the engaging premise created built up during the first hour of the movie, she can emote grief and shock in a way that continued to haunt me after leaving the theatre.

Nawazuddin Siddiqui is also excellent, as always. His accent, his humour, the little nuances that he does with his character are all very appealing. The direction is impressive in parts, particularly an aerial shot of the car in which the gang-rape happens with an eerie background music, followed by a look at the victim – brutally honest and raw.

Mom is being compared to two other recent movies, Pink and Maatr. I have not seen Maatr, but, in my opinion, Pink was a cult movie. It was not restricted to the assault on women, and their struggle with the judiciary, but instead, was a preview into the sick mind of a perpetrator who has no respect for a certain ‘type’ of woman. It challenged Indian sensibilities to accept that a woman has the choice to say ‘No’ at any given point of time, even if it means withdrawing her consent.

Most men (and women) I interacted with after Pink was released, agreed that going into a room with an unknown man was ‘asking for it’. Drinking or dressing a certain way, staying out late are all beyond their purview of acceptable behavior, something they would never do. Some people even gave me examples of having an expensive car, and how one would not leave it unlocked on the streets at night! A typical discussion on the movie flowed as follows:

Me: Don’t compare women to cars! A woman is not a property.

Pink Haters: It is not about that. It is about being careful and protecting your precious belongings!

Pink Haters: That’s different. They are innocent but here, the girls invited trouble!

The argument ends with accusing feminism of being an ‘out of control’ liberation movement that is unequipped to deal with its ‘consequences’.

For preventing crime against women, there are few things that need to be done.

1.At a very basic level, there should be better law and order in place.

2.Secondly, the punishment should be so harsh that there is a sense of fear. With corruption running in our veins, the influential and wealthy get away with everything. Our judicial system is slow to begin with. While announcing the verdict in Mom, the judge says that ‘As per the principles of justice, even if a guilty person walks free, an innocent person should not get punished.’ If for argument’s sake, the criminals do get punished despite lack of evidence, human right activists would come running to their rescue.

3.The most subtle yet important aspect is to change the people’s mentality fundamentally, which is what Pink aimed at.

India fails in all of the above. If I look at developed counties, the United States for example, there is still a high rate of crime. Given their (lack of) gun laws, they are vulnerable to incidents of shootings committed by mentally disturbed individuals. But in India, the criminals are usually not mentally ill. They are fearless. They know that they will get away with it.

What is the key takeaway then from a movie like Mom other than its cinematic appeal?

I wish there was a vigilante!