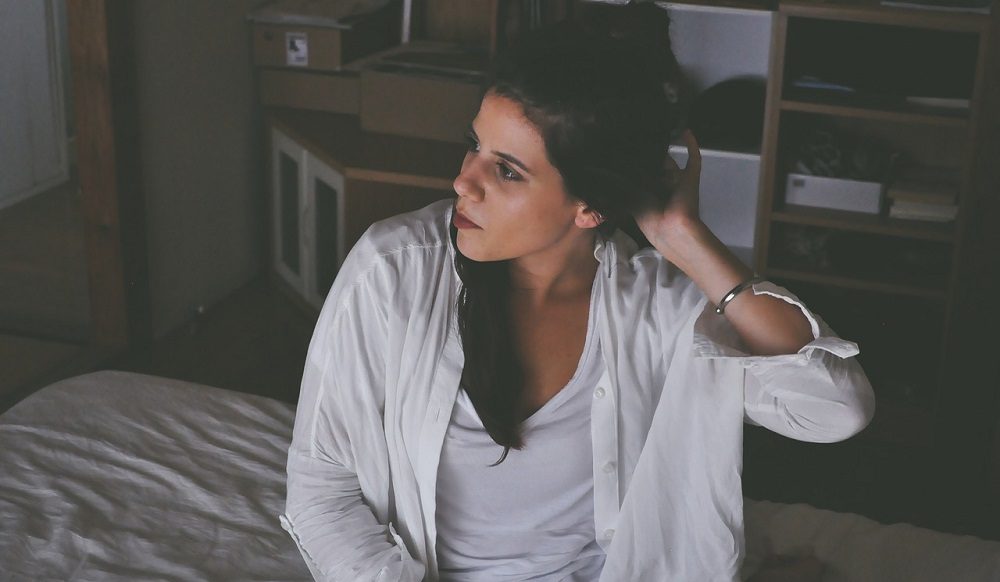 The Missing Piece In Her Perfect Life [#ShortStory]

“All this was at times too much to handle for Neha. And many a times she went off to sleep reminiscing about the days before they became parents.”

Neha was completely immersed in her work, when her phone beeped. She looked at her phone, stretched a bit, cracked her knuckles so as to let go of the tiredness that had crept over her. Sitting at the desk, staring at the computer screen for hours together had exhausted her, the kind of exhaustion which looms large over you and you feel spent.

She picked up her mobile and saw a text message from her husband Jiten. He wanted them to meet after work and have dinner at their favorite restaurant. Neha grinned from ear to ear and could not wait to see Jiten.

Jiten and Neha had married just a year ago. Theirs was a ‘match made in heaven‘ as everyone said. They were childhood friends who went to the same school, had the same set of friends and had similar anecdotes to share when they reminisced about their childhood. They knew they were destined to be together. Jiten was a software engineer while Neha worked for a leading newspaper.

Neha checked the time in her watch and switched off the computer in a jiffy. As she sat in the auto that was her ride to her destination, she felt a little uneasy. It was windy and she could feel the chill in the air and so did her body as she had gooseflesh. She clutched a stole from her bag and wrapped it around her hastily. Having stayed in Bangalore for over a year now, she knew it was customary to carry something to guard you from the British weather of the city.

Even after draping herself cozily, Neha felt ill at ease. She felt as if she had left something behind. Remember that feeling, when you get out of the house and have a sudden urge to go back and check if you  put off the lights? As she reached the restaurant, Neha made an earnest attempt to shake off the shroud of emptiness that had overcome her unusually.

Jiten sat at their usual table and smiled at her as she sat by his side.

“How was your day, N?” he asked animatedly.

“It was good, usual,” Neha answered.

After that Jiten started telling her about his day and asked her about the story she was doing on nursery school admissions. Neha kept answering him like an obedient child, but that lingering sense of void never ceased to leave her. She was happy. Here she was with the man she had loved since forever, sitting in an upbeat restaurant, satiated after a fruitful day at work, but all she could feel was an all pervading loneliness.

As they got home, she could not help but notice how spic and span the house looked. It was eerily spotless. As Jiten plonked on the living room sofa, flipping TV channels, Neha picked up a book she was half way into. She felt that the book might uplift her spirits, but in vain.

Yet again that feeling crept up from nowhere telling her something was amiss. She could not understand what was wrong with her. Was the monotony of her days getting to her? She felt she needed to be somewhere and that she was unmindful about something.

“N, sleepy head, wake up, will you?” Neha opened her eyes with a jolt and saw Jiten standing near the bed.

And there she was, her little munchkin Kiara, beaming away when she saw her mumma awake.

So, I was asleep. It was a dream. Neha realized she had been dreaming all along. What she saw in her dream was a déjà vu of sorts. Despite all the happy things why did she feel wretched?

What was missing in that impeccable dream of hers?

“Mumm mumm mumma!” Kiara spoke along with few more words that were all gibberish.

“Oh, it was you baby!” Suddenly the realization dawned over her, that she the missing piece in her perfect life in the dream was her ten month old daughter.

Since the time Kiara as born, her life changed drastically. She had started working from home, the conversations between Jiten and her revolved around “When is Kiara due for vaccination?” and “What brand of baby food was the best?” She was mostly fatigued juggling work and taking care of her hyper active toddler. The house was a mess. Visits to restaurants were substituted by home deliveries devoured in pajamas.

Life had veered from the steady and programmed course that they were treading during their pre-baby days. Now nothing was spontaneous other than the outbursts in the baby’s diaper which came when they least expected it.

All this was at times too much to handle for Neha. And many a times she went off to sleep reminiscing about the days before they became parents. Yesterday was one of those nights and as she was thinking about the good old days, so it manifested into a dream, she realized.

But, she now knew what was amiss in the dream. Why she felt uneasy and what did she yearn for. It was her little bundle of joy. Neha knew she was not the same person any more. She may remember those days but her life was not the same anymore.

She looked towards Jiten who was making baby food for Kiara. Today she did not see in Jiten her childhood buddy, but the father of her child. She smiled and looked forward to the new phase of her life.

And she knew that it was going to be as wonderful as the previous one.

You May Be The Best Mother And Wife But Make Sure You Don’t Lose Yourself There!