The love stories of yore are a kind of dating, though things are very different for the millennials. Here's a look at how the Indian dating scenario has evolved. Here’s a look at how dating in India is evolving. The love stories of old are a kind of dating, but things are very different for the millennials.

I was born in India when it had already smoothly transited from the idea that the parents should always select the better half of their ward to the state of imperative awareness where a person seeking his/her spouse looks justified. However, the concept of dating, in its true sense, was not so obvious to many from the previous generation.

Having said that, India was not dogmatic either; people would fall in love and go out and spend time in the parks or riverside happily for days and years. If the match was good, they would get married eventually. If it wasn’t, the story would be buried under memories. The daring ones would elope and get married and might stay happily ever after. Some would be successful in curbing the resistance from the families and eventually might stay happily ever after. That had probably been the scenario for a long time.

Dating in India was there but it wasn’t yet present in its truest form as a part of the inherent culture of the middle-class Indian society. People who fell in love and dated would mostly imagine that ideal situation when they would be getting married and spending the entire life together. That’s why they dated.

Hence our parents and grandparents often find it hard to cope with the fact that people could date just for the sake of dating, just for knowing someone casually and then happily part their ways and stay distant friends. This whole new concept often sounds too alien for some from the previous generations. And this lack of knowledge on their part also influenced many of us to a great extent in the dating game. For one, I would seek permanence right from the initial stage of an affair, contrary to the core essence of dating.

But many of us could pick up the idea quite effectively as well, unlike most of the members of our previous generations. In fact, probably the majority of millennials really learned the rules of the game.

Our parents and grandparents would also never think that the idea of dating within the same gender justified. I have asked many from my previous generation to comment on it and mostly they expressed incredulity, justifying their point of view by saying that this goes against the natural flow of evolution. Hence they would spontaneously consider it to be apprehended by some distorted thought procedure triggered by a psychological disorder. From their perspective, this argument is, of course, flawless, and indeed that is preventing the natural reproduction process. But as usual, what they are missing out about life and times, is the importance of choice, in these respects.

Having mentioned my stand on my requirement from an affair, I would also like to make a point that probably I wouldn’t inculcate my next generation with the idea that real dating isn’t nice. I would rather leave it to them to be figured out. I and my future husband would probably let our children discover what’s good for them; whether they want to date, whether they want to date from the same gender or the opposite one or any other ones. We would probably try our best to acknowledge the concept of choice instead of exerting our biased understanding of life.

This initiative comes from the fact that we, as a generation, are more exposed to the world from a young age and we know where it is going and how it is evolving more accurately than the previous generations, with our amazing travels around the world, knowledge of different communities and races by directly interacting with them, moving beyond all language barriers, reading all that could be available from around the world through internet and therefore having a holistic approach towards life.

Personally, I don’t have a regret that my previous generation has taught me to understand and extract things in a certain way from life because I have always gained from such teachings. But then I am fortunate enough to fit into that social norm well and feeling comfortable in it. There could be a thousand others who don’t fit and struggle.

My children could be a part of that thousand, who feel comfortable in casual dates rather than long-term relationships, who find sex to have nothing to do with relationships and just a natural human requirement like food, who feel inclined to love a person from the same gender, who want to have children without marriage and so on. If I try to prevent them from what they genuinely want to do or want to be, I will dismantle the concept of choice in life.

Choices make us. If choices evolve in a certain way in future, I will let it flow. But at the same time, I am thankful to the older ones who have tried to instil in us a sense of discipline and rules. Probably rules would change in future, the rules would evolve and become more flexible.

But certain rules are good and choices should not break them. One cannot choose to harm or declare war or lead a personal life such that it affects others drastically. Let us hope that we can strike a balance for dating in India, and take the best of the two worlds: the world where we choose life in our own way and the world where we follow rules to lead a good life. 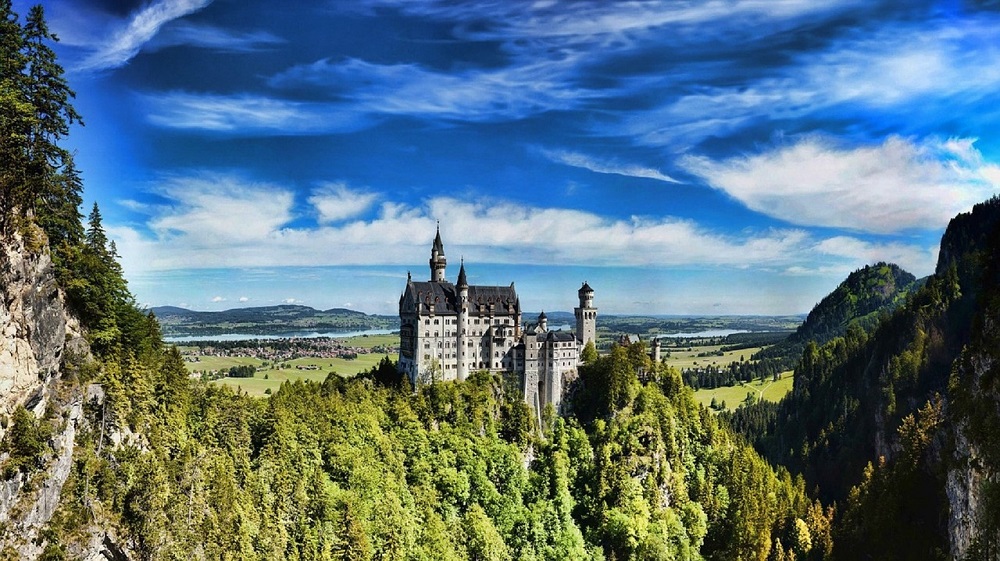 Don't Go To Bavaria - Unless You Want To Be Thoroughly Charmed!