Nandita Venkatesan Lost Her Hearing To Tuberculosis, Yet Is Today An Accomplished Bharatnatyam Dancer!

Nandita Venkatesan lost her health, hearing, and a 'normal life' to tuberculosis, but this valiant girl battled it and rebuilt her life. 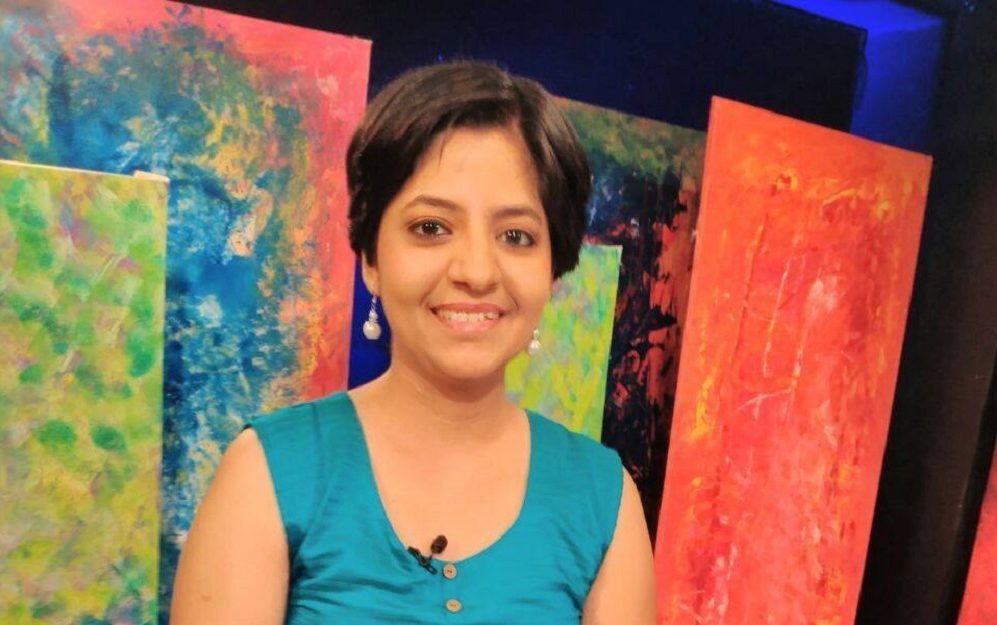 Nandita Venkatesan lost her health, hearing, and a ‘normal life’ to tuberculosis, but this valiant girl battled it and rebuilt her life.

This is the story of an ordinary girl who proved to be a warrior in an extra ordinary battle.

“There is no limit, to what we, as women, can accomplish!” – Michelle Obama.

It was the best part of the day for me is the evening. A couple of weeks back, one Friday, I had returned home from my clinic and lovingly perused the newspaper while having my evening cuppa.

I stared at the picture of a girl with an impish face, whose eyes spoke volumes. There was a magnetic quality to that picture which made me abandon the thought of reading the latest buzz about Mr M , Mr G and Mr T. So I carefully scrutinized the accompanying column which had been provided by Nandita Venkatesan, the possessor of that charming face.

The story I read was inspiring!

Nandita Venkatesan, a Mumbaikar, was elated when she entered Ramnarain College Ruia College, Mumbai, with rose-tinted glasses on of college life, hanging out with friends, and a career. But life took an unexpected turn. She soon started having symptoms like intense abdominal pain, persistent fever and unaccountable trips to doctor’s clinics. Many tests later, she received the diagnosis that she had been afflicted with intestinal tuberculosis.

Tuberculosis comes with a social stigma, even if it is known to be completely curable with proper treatment. There was plenty of talk and rumours on campus – “Psst, do you know that Nandita has TB?” It was a bad time for a seventeen year old girl, but armed with nothing but steely nerve and a daily diet of nearly fifteen antitubercular pills, Nandita Venkatesan valiantly gave her first semester exams.

In 2009 when Nandita was declared free of the TB bacteria she took up her Masters at The Indian Institute of Mass Communications, New Delhi. Since childhood her lively inquisitiveness and an inclination to be a chatterbox had steered her towards journalism. After finishing her Masters, Nandita Venkatesan, now a post graduate, returned to Mumbai and found employment with a cushy media house.

But in 2013 the deadly bacteria resurfaced and this time drugs were not an option, as the bacteria had gnawed at not just the intestines but other internal viscera. Nandita had to undergo a succession of surgeries in hospitals, recuperation in intensive care units, and the expected assault of ‘Why me?’ But she endured it all and bore a staggering weight loss of more than twenty kilograms to find out that she had also incurred a profound hearing loss. This was a side effect of Kanamycin, a second line TB drug. This was after her parents had spent up to nearly fifty lacs towards her treatment. Nandita as a TB patient

Needless to say Nandita’s zest for life and learning hit rock bottom. It was at this period that Ms. Amita Prabhakar, a teacher at her erstwhile school, held her hand and gently but firmly made her accept the change in her life. As Nandita had her hearing issue the teacher and student would communicate through messages. But she did the unthinkable – she accepted the challenge that life had thrown at her, and strove on.

As a child Nandita had received training in Bharatnatyam, and despite her hearing issue she used dance therapeutically. It became her chicken soup for the soul. During Dussehra 2015, Nandita gave an onstage performance where she used the vibrations she felt and her hearing aid to help her through, as she can only hear sounds as loud as the burst of a fire cracker. Nandita Venkatesan is now the global advocate for tuberculosis eradication. She works for the Economic Times. In January 2017, she was invited to Berlin for a speaking programme. She recently was in Jaipur for a Tedx event and is keen on pursuing her doctorate.

Hers is the story of accepting, fighting back and using obstacles as a spring board for progress and success. Hers is the story of a young but immensely strong woman who lives her dream. She is a living example of never giving up. She implores our Indian Government to work diligently towards the elimination of the nasty bacteria accompanied with inexpensive treatments and state of art healthcare facilities.