The Ramjas College controversy has laid bare our society's discomfort with dissent. It's time to remember that we can deal with dissent in a respectful manner. 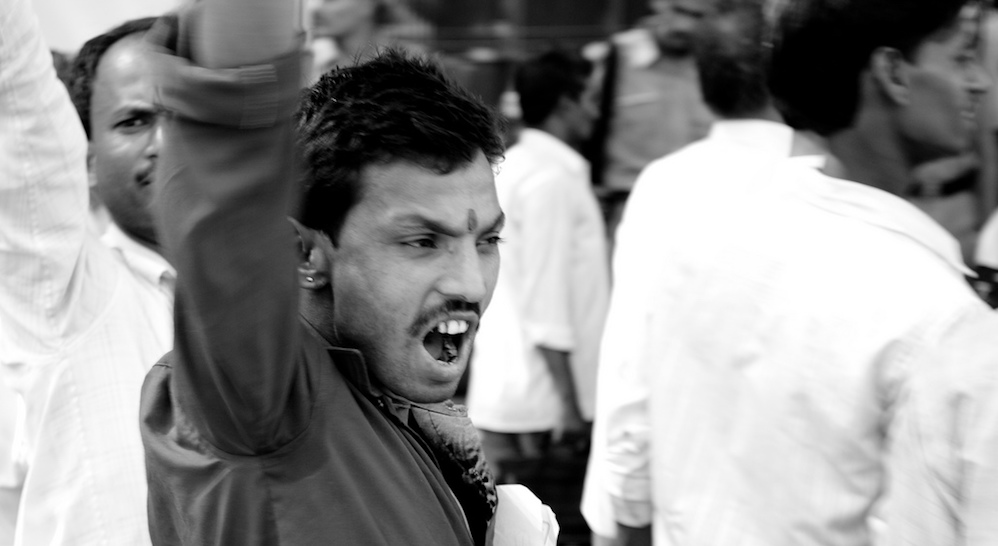 The Ramjas College controversy has laid bare our society’s discomfort with dissent. It’s time to remember that we can deal with dissent in a respectful manner.

The Ramjas College controversy, the ABVP’s fracas with the seminar organizers and attack on students, Gurmehar Kaur’s video ‘I am not scared of ABVP’ and her subsequent trolling and threats evoked my memories and I wrote this  yesterday. I have intentionally refrained from taking any names and blaming anyone.

This writeup is an attempt at conveying how an elder’s proactive listening with a positive frame of mind can lead to a healthy discussion and debate and mutually satisfactory outcomes. Stern actions, physical assaults and rape and death threats by unruly elements, powerful people or even the government are never conducive to a healthy democracy.

A few years ago one of my students, a tenth-grader girl, reported theft of the class fund money from her school bag. The amount was not much -a couple of hundreds – but a theft was a theft. As their class teacher for close to five long years, I had been working hard on instilling the right values in my students by sharing stories or raising some issues and asking for their opinions and suggestions, so the report of this theft hit me hard. I was shocked and furious at the same time as to how such a thing could happen in my class.

But I tried to not lose my calm. Expressing my utter disappointment, I spoke in clear words…I would leave the drawer of my table unlocked for the next three days and whosoever had taken the money from the girl’s bag should quietly put the money in the drawer, no explanation or identity required. If that didn’t happen within three days, then all the students would have to contribute and compensate for the loss.

While most didn’t say anything, one group of students looked at each other in consternation. Then one of them stood up and sought permission to say something. He declined to pay the penalty as he believed that the theft had happened due to the girl’s fault. She had failed to keep the money safe. He disclosed that it was not the first time the girl had lost money this way; she had been careless on one more occasion earlier which had never been reported to me. Some other students also expressed their dissent with my decision about all of them having to compensate for the girl’s carelessness.
Now I was in a dilemma at this open defiance of my decision.

I could either override their refusal, force them to pay up and nip the issue in the bud or I could accept their dissent and make the girl compensate the loss from her own pocket. I chose the second option even though it meant withdrawing my earlier decision. It had its own underlying risks because some of the students could think it was their victory over the class teacher and it could encourage them to try this tactic to resolve contentious issues in the future too.

I told the students that although I didn’t like their defiance of my decision and as a class teacher I had the power to enforce it, yet I wouldn’t force anyone to pay up if they didn’t want to since they were not at fault. But at the same time I couldn’t force the girl to make good the loss from her pocket as it would only burden her parents, so those who wanted to contribute any money should do so and I would add the remaining amount myself.

The girl who was already feeling guilty protested at my offer to pay but I insisted. The matter was soon over. Many students contributed small amounts, a major amount was given by the girl out of her pocket money and I put in around 20%.

And to our collective credit, no other theft was ever reported from my class after that day.
It was a learning experience for all of us.
That day the students and I also learnt to express and deal with dissent in a free and fair atmosphere – through discussion, not under any pressure and coercion.

That day I also learnt a valuable lesson, to demolish my ego and accept dissent with a cool and positive frame of mind. I was (and still am) happy that I was able to give my young students the courage and confidence to give vent to their concerns and disagreements politely and without any fear of reprimand or reprisal.

Is all dissent in a democracy damaging and destructive for the stakeholders and the nation, all the time?
Should power always give you the right to cull all critical thinking, contrary opinions and dissent ruthlessly, mercilessly?