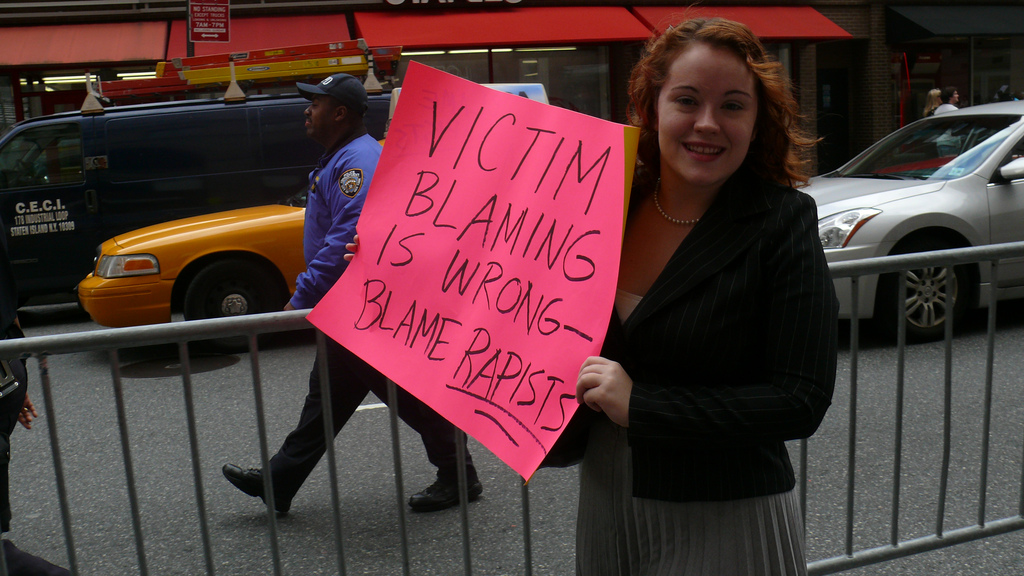 When incidents like the recent Bengaluru mass molestation case can happen without the perps fearing any consequences, this mother cannot help but be fearful for her children and for all women.

I remember an incident which happened 2-3 years back when I was venturing out with my family in a park in Bengaluru during the wee hours. When we moved out of the park I noticed a flash mob performing against street harassment and cat calling. I had seen them getting ready and knew through their placards and banners as to what they were planning, but my husband didn’t notice that they were just acting.

When he heard one boy asking for a girl’s address while she was passing by, he immediately intervened, held his collar and angrily replied, “Should I tell you her address? How dare you tease a girl in the middle of the road when she is just passing by?”He got little frightened and surprised as they didn’t expect this real time entry in their show! The team clarified that it was just a road show to make people aware of the challenges a woman can face and that it was high time people were sensitised to the matter at a personal level too! People around us laughed out aloud and we moved ahead, leaving on a good note!

When we talk about ‘eve teasing‘, molestation cases, and many more such cases, our blood boils but most of the time we are always helpless. The question of women’s security, moral policing and the illogical statements from all around the world confuse me as to whether it is really a sin to be a woman. And being a mother to two daughters, the concerns are increasing day by day.

Everyday, we talk about feminism, women’s security, modernity and sensitivity but where does this talk go when it comes to practical things? I was surprised to see the recent Brigade road mass molestation case in Bengaluru. I mean, where we are heading? With such incidents, I always feel that we are back to the olden days where women were just someone’s property and they had no rights and freedom.

Why do we always forget that when we conveniently talk about our daughters and wives then these girls are also precious to someone? They respect them too as we do at our personal level.

Why is the blame game always directed towards women being dressed in western wear or based on the profession she choses to work in? Does that mean the women who wear typical Indian wear are never molested? What about those small children where the dressing sense is nowhere in the picture?

Is it not obvious as to whose fault this is?

The crime rate is competing with the rate of urbanization and I don’t really see any major change. The only thing going up is the anxiety of mothers like me as we wonder how to train the next generation to handle these kind of people.

I am confused and worried that we live in a society where a woman is not safe anywhere. Her freedom and choice will always be questioned everywhere and the blame game will always directed at her.

Should I question law and order, the police personnel deployed there or the mentality of our society? I am losing faith every day when I read of those cases of molestation in school, trains, in every public area and where judgments have not been concluded as of now. Cases are going on at their own speed and the law and order is still handicapped with such cases. Why don’t we run our fast track courts well where some message will go to the public?

I know only one thing: for perpetrators, there is no caste, no creed, no dress code and no age bar – they are a just burden on our society and we are all just letting them be.

I am still waiting for the period when I will read the news where people around a woman will raise themselves to protect her against these evils without thinking of whether she is young or old, dressed up in western or Indian wear, is rich or poor or is out at day or night; when a woman can choose to work as a photographer, a bartender or cab driver or in any profession which she wants to.

Things will change only when we will respect her freedom of choice with no Ifs and Buts!

Top image is credited to Charlotte Cooper, and is from a protest in New York city. Used under a Creative Commons license 2.0

Payel Patel Shows The Way On How To Deal With Street Harassment : Bravo!

After Bengaluru: Be The Change You Want To See