Are You Competitive With Your Spouse? Watch Out For Relationship Troubles!

Sometimes competitive couples use their intimate knowledge of each other's vulnerabilities as weapons. This is a no-no for a healthy relationship! 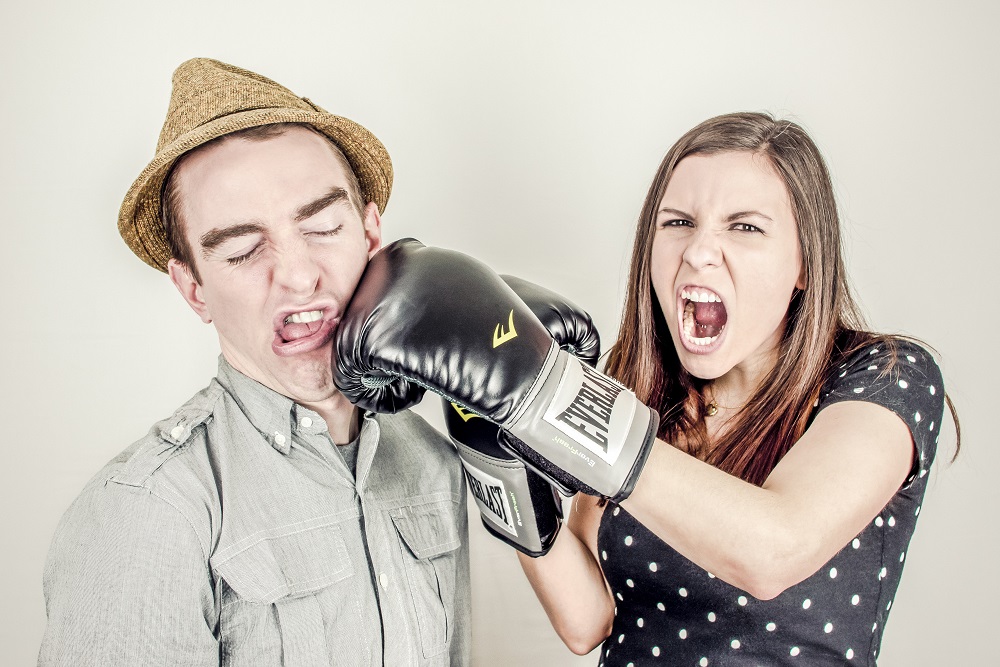 Sometimes competitive couples use their intimate knowledge of each other’s vulnerabilities as weapons. This is a no-no for a healthy relationship!

My husband and I like to spend a few hours every week discussing our lives, or our relationship, or Physics or some esoteric subject. This weekend we were talking about something, and somehow we ended up on the subject of competition.

We are both fiercely competitive people. But somehow, we realized, that we don’t really compete against each other. How did that come to be, we wondered.

“It would be counterproductive for us to compete,” I said.

So we thought about it. My husband and I have been together since I was 18. We were both in the same class doing a B.Sc in Physics. I recalled that there were a few sticky moments early in our relationship, when we were competing against each other. I guess we soon realized that aggressively competing against each other would be detrimental to our relationship. I don’t remember ever actually discussing it, but after the first few times, competing led to a strain on our relationship. We started experimenting with different ways to deal with issues associated with competing.

Whenever possible, we started co-operating instead of competing. We studied together for exams, helping each other out and pooled in our strengths to understand things much better than either one of us could have done individually. When we did have to compete, like in exams, or when we played a game, we created a safe environment for each other. When the exam results came out, we made a conscious effort not to gloat when one of us did better than the other.

When we played board games like scrabble, we openly praised each other for every good effort. Same with outdoor games for kids like badminton and frisbee. We noticed that exchanging praise liberally created a non-threatening environment, where each of us felt comfortable being open about our vulnerabilities. We could even work together to improve our individual weaknesses. Also, at the end of the game we were genuinely happy with each other, and not trying to suppress bitter feelings, that would often arise earlier when we played against each other.

We soon recognized who was more skilled at what, and gave each other tips in a non-condescending way. As we began to trust each other, we also became more open to accepting helpful tips. When it was possible, we would play games in a co-operative way, rather than in a competitive mode. Playing this way was both entertaining and rewarding.

Over the years, this approach helped us build trust in each other. Today, we can compete without feeling insecure. We know now, that when we compete, the person who wins is not going to gloat or humiliate the other person. On a larger scale, we have learned each other’s sore subjects, insecurities and pressure points and make a conscious effort to steer clear of them. When we need to address them, we do so with extreme care and sensitivity.

Sometimes couples needle each other and use their intimate knowledge of each other’s vulnerabilities as weapons. We too have been occasionally guilty of this. In my opinion, this is a terrible breach of trust, that creates an ever increasing distance. So one must be vigilant and avoid such behaviour in a relationship.

A couple is a team and when they turn on each other the game of life cannot be pleasant. Couples need to be careful when they compete, to not be hurtful towards each other, but to remember that they really are a team and need to meet life’s challenges together with full trust and confidence in each other. Our competitions with each other must be implemented in a way that they help us improve our individual skills, and also help us strengthen the bond between us.